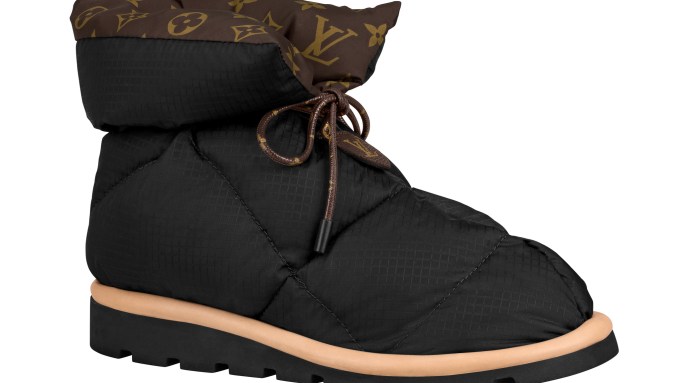 When Nicolas Ghesquière put cozy, waterproof down-filled boots on his five finale looks for Louis Vuitton’s spring 2021 fashion show, he “had a good feeling about it.”

“My intuition was telling me that it could be [a hit], but honestly, until you reveal it, who knows?” he said in an interview this week.

So far, the Pillow Boot seems to be a phenomenon, and poised to enter the lexicon of hit shoes and handbags Ghesquière has racked up since being named artistic director of Vuitton’s women’s collections in 2013.

“It’s important to know that the fashion show is bringing things that are really selling in quantity,” he said. “I’m not saying it’s always like that, obviously. But it happens a lot.”

His handbag hits include the Petite-Malle, Dauphine, Coussin, Boite Chapeau and Twist bags, considered new classics by now — and also a vibrant slate of fashion shoes.

“I love to do shoes, and we have created a wardrobe of shoes since I arrived. It’s incredible to see that the shoes we showed in Palm Springs five years ago is still one of the best sellers,” he said, referring to the platform boot known as the Laureate. His futuristic Archlight sneakers, chunky Star Trail combat style and second-skin Silhouette boots with heels in the shape of a monogram flower are also in this elite league.

A monogram backpack from that 2015 Palm Springs display has also entered the lexicon of Vuitton “It” bags.