Normal Is the New for Giorgio Armani

The designer continues to invest in the New Normal range, which is part of the Giorgio Armani brand. 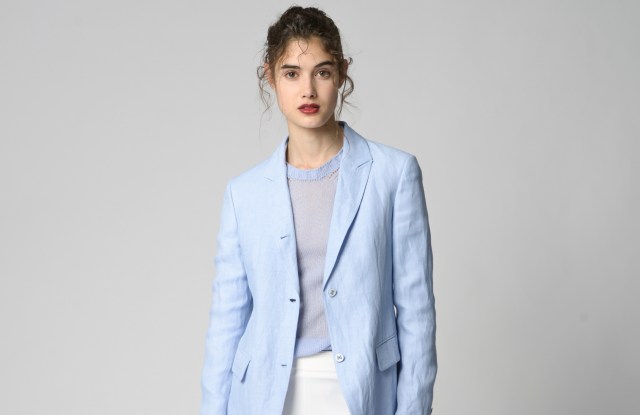 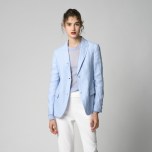 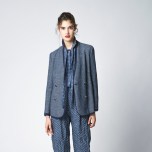 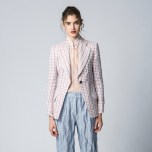 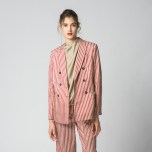 MILAN — Giorgio Armani is streamlining his collections, but there is still room for his New Normal line.

While the designer has decided to discontinue the Armani Collezioni and Armani Jeans brands — focusing on the Giorgio Armani, Emporio Armani and A|X Armani Exchange labels starting from spring 2018 — he will continue to fuel the New Normal range.

Launched in March 2015, the line, which is part of the Giorgio Armani label, features collections crafted from fabrics such as cashmere, silk, cotton and linen and includes pieces that highlight signature Armani styles. For spring 2018, the designer put the accent on chic suits and separates crafted from textured fabrics and peppered with sophisticated striped and micro geometric patterns, as well as refined tones of blue, sky blue, white and ruby red. The mannish tailored attitude of the lineup is balanced by the sheer silk blouses and the feminine draped shirtdresses.

“I think that in the last few years, fashion became too flashy and extravagant. It’s a kind of fashion which is opposite to my idea of style, and I think it tends to ignore the everyday needs of women who work and want to look elegant, but refuse to be considered fashion victims,” said Armani. “I felt a certain lack of ‘normal’ clothes and the adjective ‘normal’ here should not be associated with boring, but with the idea of something which is so attentively designed to become timeless. That’s the reason which pushed me to create inside the Giorgio Armani collections a new range of elegant, updated garments, which I consider new because they reflect the contemporary times.”

Although the company declined to provide figures, the New Normal line does especially well in Europe and the U.S.

Available in dedicated corners inside the Giorgio Armani boutiques, the New Normal line is also sold at major department stores that carry the designer’s signature collection. Prices are in line with the most exclusive pieces in the main collections.

“The collection addresses the same women I’ve always looked to — strong, feminine, more interested in being than appearing,” Armani said.

In order to showcase the New Normal’s wide target, the company’s advertising campaigns focused on different types of women over the seasons.