A two-year, 12 million pound, or $19 million, renovation has completely transformed the historic residence. 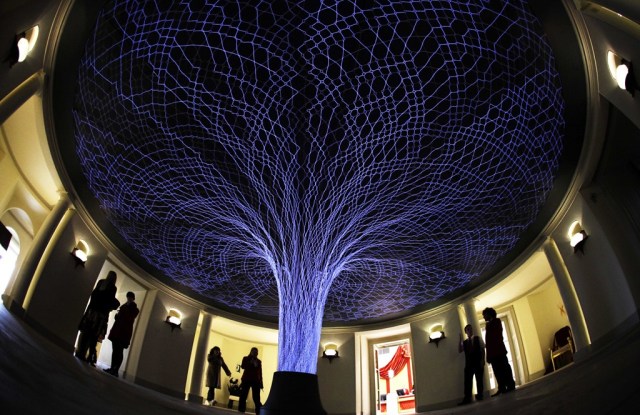 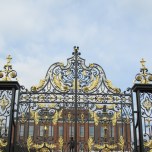 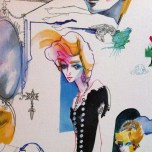 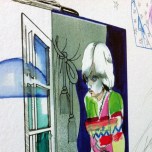 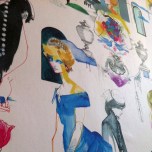 Royal newlyweds the Duke and Duchess of Cambridge will have to sit tight until next year when their starter home at London’s Kensington Palace, all 20 rooms of it, is finally refurbished.

But for the rest of the world, the waiting is over.

Kensington Palace, the former residence of royals including Queen Victoria, Princess Margaret and Princess Diana, reopens to the public today after a two-year, 12 million pound, or $19 million, renovation that has completely transformed the space. What was once an elegant but cluttered warren of rooms is now a quirky, interactive space that spotlights the lives of British monarchs from the 17th century through to the present day. Kids can play with 19th-century replica toys in the bedroom where Queen Victoria was born; fashion lovers can pore over Princess Diana-themed wallpaper by the British illustrator Julie Verhoeven, and anyone can eavesdrop on 17th-century court gossip thanks to the “whispering walls” in the King’s and Queen’s State Apartments.

“We wanted to open up the stories of the palace and highlight the fact that it didn’t just play a role in the 20th century. The history started 300 years ago with William and Mary,” says Alexandra Kim, a curator at Historic Royal Palaces, which oversees five of London’s palaces.

King William III bought the early 17th-century Jacobean villa from the Earl of Nottingham so that he could breathe the fresh air of what is now Hyde Park, and the site served as the home of England’s reigning monarchs until the death of King George II in 1760. The newly refurbished interiors feature a suite of 10 rooms dedicated to Queen Victoria, who was born and raised there. The Red Saloon, where the 18-year-old monarch first met her Privy Council in 1837, has been fully restored, as has her childhood bedroom, which features a replica of the yellow carpet she recalled crawling over as a child princess. Victoria’s ivory silk wedding gown, her and her children’s mourning clothes, the book she was reading to her husband, Prince Albert, on his deathbed and film footage from her Diamond Jubilee celebrations in 1897 are all on display, along with quotations from her copious letters and diaries that have been printed onto carpets, sewn on cushions and engraved on the period-replica wooden furniture.

But Victoria’s is not the only life under the spotlight. A whole other part of Kensington Palace is dedicated to the lives of King William III and Queen Mary, Queen Anne, George I and George II. These rooms bristle with history thanks in part to visual and aural installations by the British set designers Coney. In the King’s and Queen’s State Apartments, visitors can sit in the roomy window seats overlooking Hyde Park and listen to whispered recordings of court “gossip” — from royal mistresses, servants and politicians — coming from hidden speakers in the walls.

Each room offers newspapers printed with bits of relevant history and cabinet drawers to open and explore. One room has a spooky family birthday party with 18 children’s chairs, representing Queen Anne’s 18 children — none of whom survived to become the monarch.

“These rooms reflect a mysterious, complicated time in British history, and we wanted to do it in a lively, engaging way,” says Joanna Marschner, a curator at Historic Royal Palaces. “We also wanted to tell the very personal story of a family without children and a boy [William Duke of Gloucester] who would never be king.”

Indeed, William’s death from fever, days after his 11th birthday, marked the end of the House of Stuart.

There is poignancy to many of the displays. The hallway that leads to a small, temporary exhibition of Princess Diana’s dresses on the ground floor is covered in wallpaper featuring bright, cartoonish illustrations of major moments in the princess’ life, with Diana looking forever melancholy. The exhibit includes the black strapless evening gown designed by David and Elizabeth Emanuel; a fuchsia and purple chiffon dress by Catherine Walker known as the Thailand Ball Gown, and the short black Versace number that Diana wore to the London premiere of “Apollo 13” in 1995.