Is a mix of high-end, mid-market and mass good for one of the world's premier shopping streets? 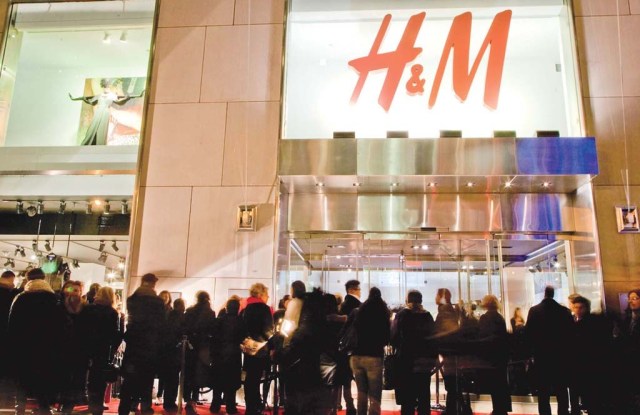 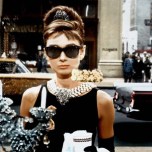 Fifth Avenue’s retail tapestry is undergoing another swirl of change, as incoming luxury and fast-fashion flagships push rents to record levels, stretch the shopping appeal south and foment a dichotomy of clientele and commerce.

And with the likes of H&M, Zara, Uniqlo and Topshop bumping up against Gucci, Saks, Armani and Prada, and Valentino and Polo stores in the pipeline, the conversation about what’s right or wrong for the avenue—if throwaway fashion coordinates with designer extravagance—is spiraling.

“Luxury retailers—they’re the best thing for Fifth Avenue,” asserts Donald Trump. “They’re really the best for Gucci,” which is housed inside Trump Tower. “I think it’s just better for Fifth Avenue. I think it’s better for the city. It brings a certain sophistication. I don’t think the others are great. I don’t think they’re terrible. I wouldn’t want to see them on 57th and Fifth.

“When I built Trump Tower, I brought Fifth Avenue back. It was going bad. Trump Tower totally changed the psyche. There were all these airline ticket offices, banks, cheap camera stores—all that stuff is gone now. We convinced the city we shouldn’t have it. There is no place probably in the world that gets the rent Fifth Avenue gets,” Trump says, noting rents eclipse $3,000 a square foot just south of 57th. “Madison Avenue is peanuts by comparison.”

“Fifth Avenue is crazy, particularly now,” says Joseph Sitt, chief executive officer of Thor Equities and owner of a string of buildings from 16th to 57th Streets. “There’s tremendous, tremendous demand and very little supply. The greatest demand is in the 40s, from 46th to 49th Streets. The center of gravity has moved. Fifth Avenue South has become an important destination. [The stretch from] 47th to 49th Streets has the highest traffic, bar none. We did the counts. Fifth is becoming an eclectic mix of luxury, upscale and mass, but I have been a big proponent of protecting the Fifth Avenue brand.”

He explains that when Takashimaya left his property at 693 Fifth in 2010, he kept the space vacant until he found a tenant he felt was right. “To get Valentino, I had to wait. It was well worth it.”

“Things move around, but still if you want to find the right location for yourself, you’ve got to be patient,” advises Sir Philip Green, owner of the U.K.-based Arcadia, which operates the Topshop, Miss Selfridge and Dorothy Perkins chains, among others. Topshop is scheduled to open on the corner of Fifth and West 49th Street in October, opposite Saks. “I spent two to three years looking,” Green recalls. “I was in negotiations several times. It never got finished. It was not easy to find a corner or to get a building with 40,000 square feet, good ceiling height and four equal floors of 10,000 square feet each. It’s a good layout.”

There is a viewpoint that some recent retail development on Fifth hasn’t supported the historic character or the cachet. Though Disney, with its protruding Mickey facade, is gone, there remains a whiff of Times Square razzmatazz with Hollister’s flashy facade live-streaming the California surf, and Uniqlo’s illuminated elevators advertising the product.

“I understand the desire to preserve the character and spirit of a particular neighborhood, but these retailers aren’t running museums, and sometimes, if you don’t have the flashing lights, nobody notices you. You are almost forced to take the showy road,” says one ceo of a specialty chain that wants space on Fifth.

“I was brought up in luxury, so I know watching lower- and moderate-priced stores move in makes a mix that is not interesting for luxury retailers,” says Ira Neimark, legendary former ceo of Bergdorf Goodman, who also worked at the defunct Bonwit Teller, as well as B. Altman, which, when established in 1896, triggered Fifth Avenue’s emergence as a luxury retail destination. “Luxury does best when there’s a concentration of luxury, when it’s in competition with other luxury,” Neimark insists. “When the concentration gets diluted, the luxury customer gravitates to other areas. Fifth Avenue was elegant all the way from 42nd street to 59th, with all good stores,” including Peck & Peck, H.Stern and Fortunoff. “That has changed.”

At the Joe Fresh flagship on 43rd Street, the brand’s chief operating officer, Mario Grauso, peers out the window. “Look, we’re right across from Urban Outfitters, and you can see H&M right there. It kind of tells you the story. Fifth Avenue has become a hub of value-priced goods till you get closer to Bergdorf Goodman and 57th.” Between the luxury and the mass players, “The hostility is no longer there, provided brands create a great space, an interior concept, advertise and feel relevant,” Grauso says.

“I honestly think people would prefer to be surrounded by brands similar to theirs, for sure,” observes Ron Frasch, the former Saks Fifth Avenue president. “But the reality of the city, where real estate is so expensive, is that you are going to have more of a cross-section of brands and categories.” Cross-shopping, where the same woman buying Valentino buys an H&M T-shirt, is a reality, Frasch says. “Women sometimes want to purchase something that makes them feel wonderful, something they can keep in their closet for a long time. Other times, they want something right away to wear that night.”

“Is this mix a good idea? Absolutely,” says Faith Hope Consolo, chairman of The Retail Group of Douglas Elliman Real Estate. “The real breakthrough was the opening of the first H&M in the U.S. in 2000, and since then we’ve seen Uniqlo, Hollister and more opening flagships on the avenue. Fifth Avenue is for everyone now. It’s always evolving.”

In the 19th century, it was marked by a phalanx of mansions with names like Astor and Vanderbilt on the mailboxes. A century later, several were leveled to make way for office buildings and retail space, with most of the mass retailers in the last few years planting their big boxes on the west side of Fifth, leaving the east side focused on luxury.

“This is a street where real estate has never lost its value,” Consolo says. “Yes, rents have dipped on occasion, as the national and world economies go through their cycles. But the dips were never very deep nor lasted very long. And that’s why we’re seeing record rents today, driving more stores to look southward, even toward Flatiron.”

Despite becoming a magnet for mass stores, the luxury appeal remains firm, with Valentino coming to the avenue, and Polo moving into 711 Fifth between 55th and 56th Streets, which Disney occupied four years ago. Wempe, the luxury watch and jewelry retailer on the corner of 55th and Fifth, is taking over the Lindt and Swarovksi locations in a couple of years, grabbing a good chunk of the block between West 55th and 54th Streets.

In addition, word on the street is that more designers and brands on Madison Avenue want stores on Fifth as well, to draw a wider audience. Ralph Lauren is among them. “Fifth Avenue is a place where everyone is,” says Lauren. “It became a focal point for all stores. All the tourists from around the world, all the people coming to New York, they’re all on Fifth Avenue. I felt this was not down-market and that I was taking [Polo] to an audience that wasn’t seeing my clothes. They were looking at Collection,” sold on Madison Avenue. “They’re not really paying attention to the world of Polo,” the designer’s more casual collection instilled with many of Lauren’s tropes. Madison Avenue, said Lauren, is a more low-key area and still “probably the most glamorous of streets,” Lauren says. “I felt that [Fifth] is a different atmosphere.”

Real estate sources also say Chanel could make a move to Fifth; that LVMH Moët Hennessy Louis Vuitton is always scouting sites, and that Cartier was looking to relocate from its 52nd Street mansion but instead renewed its lease and took temporary quarters on 59th as it renovates. H&M is moving from 640 Fifth at 51st Street to escape the high rent, and relocating to 575 Fifth at 48th Street, where rents drop almost in half to about $1,800 to $2,000 a square foot. From 45th to 47th Streets, rents drop further to about $1,500; 42nd to 45th is about $1,300 to $1,500, while between 42nd and 34th, it’s about $1,000 a square foot. It remains to be seen who takes 640 Fifth. Nike is scouting since its lease in Trump Tower expires in 2017, though the athletic giant could renew and renovate. Mango and Express are also hungry for Fifth Avenue sites.

Additional retail space is emerging in the 40s. The New York Public Library continues to mull the future of its annex on the corner of 40th and Fifth, opposite the main research library. The Library owns the annex building and could sell or rent it out, potentially helping to fill part of the stretch south of 42nd Street down to Lord & Taylor on 39th, which is mostly devoid of better retail. The library is considering alternatives for both properties. Also, the block between 48th and 47th Streets, where there’s been a hodgepodge of retail including a gift shop and an electronics shop, will develop into a hotel or commercial building. Either could accommodate some retail.

“There are isolated incidents of low-end retailing coming in, but if you look at the history of Fifth Avenue, it’s been a steady upgrading,” says Tom Cusick, president of the Fifth Avenue Association. Strolling uptown, Cusick points to one stretch, saying when he joined the association 25 years ago, that side of Fifth Avenue was an airline office hub—Alitalia, Lufthansa, United. “On the other side were electronics stores, rug merchants, faux antique shops, a Spanish tourist office. The retail continuity was broken up. We made it our business to see that the going-out-of-businesses went out of business. These were businesses that would go out of business four times a year. For the last quarter-century, we’ve upgraded significantly from the very low retailing in between the high-end retailers. We’ve always had Tiffany, Cartier, Harry Winston, Saks Fifth Avenue. They’re the anchors.”

Cusick recalls that the northeast corner of Fifth and 57th stood vacant for five years in the early Eighties from the time Manufacturers Hanover left to when Warner Brothers moved in. “Fifth and 57th became the butt of a joke,” Cusick says. “They called it ‘the four-carat corner’—Van Cleef & Arpel, Tiffany, Bulgari and Bugs Bunny. Warner’s lasted for three or four years, then left and Louis Vuitton moved in. That’s more the path of what I see occurring. [There’s] the occasional opening like Topshop or Joe Fresh. Mass marketing is literally the tail wagging the dog.”