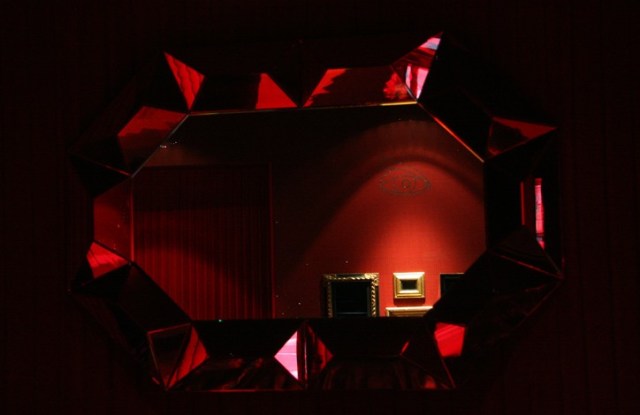 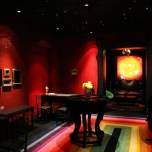 The signs are everywhere in New York: “To Rent” notices scattered across the city on empty storefronts, each an unhappy verdict on the economic climate. On Madison Avenue’s famed Gold Coast, things are no different. E. Braun & Company is defecting to Park and Alessandro Dell’Acqua remains boarded up, for instance. But a few notches north of Barneys New York between 67th and 68th Streets — and, coincidentally, adjacent to another shuttered store — comes a bit of retail optimism. Jeweler Solange Azagury-Partridge is opening her first Stateside boutique, only her second outpost after her London flagship on Westbourne Grove.

The timing, she admitted, could have been better. “Of course, I hesitated,” Azagury-Partridge said. “But this is the plan, let’s go with it and if we can muddle through hard times, I suppose things will be alright. I mean, so far, so good in London. Let’s see what happens in New York.” It helps that she’s not flying solo: last April, the designer sold a controlling stake of her business to the Vienna-based luxury-goods holding company Labelux Group, which also owns Derek Lam and Bally. She declined to give sales figures for the company.

Azagury-Partridge’s edgy rocker jewelry, priced from $1,500 to $400,000, may lend themselves more to a downtown locale — she has Poison rings with secret compartments and pendants shaped like veiny anatomical hearts — but for the designer, the Upper East Side zip made sense. “My jewelry is kind of uptown in price,” she said. Get inside, however, and there’s nothing uptown about this store, which was formerly occupied by the Geneva-based jewelry firm Chatila. For starters, the 900-square-foot sales space feels more like an underground cocktail lounge, complete with a solid silver faceted disco ball patterned after her Cosmic perfume bottle. The ceiling is painted pitch-black, with lights arranged in starry constellation of the 12 zodiac signs. (Azagury-Partridge designs a line of astrologically inspired baubles.) Walls come in rich red and either covered in draped velvet — “it’s like a theater curtain” — or tiny Swarovski crystals, 630,000 in all. The plush carpeting, meanwhile, is patterned in graphic rainbow hues — a leitmotif her clients will no doubt recognize. That day, in fact, she wore her Rainbow ring, a rainbow belt, rainbow-glitter eyeliner and rainbow nail art on her toes. “I’m slightly obsessed,” she remarked with a laugh.

Everything at 809 Madison Avenue was hunted down or created by Azagury-Partridge herself, right down to the umbrella stand and the velvet-and-leather Chinoiserie desks, which echo similar pieces in her London house. “When you think about displaying jewelry,” she said, “you have to create a stage, and the jewelry [pieces], they turn into little dramas.” Those familiar with her oeuvre, however, know this isn’t the first time she’s flexed those interior design muscles. Azagury-Partridge has already done a handful of restaurants in London and, just last fall in New York, launched an exhibition of one-off furniture pieces, inspired by her jewelry. (The show, “Unwearable Jewels,” is at the Sebastian + Barquet gallery in London till April 23.) As for whether she plans on launching a home line, Azagury-Partridge said, “It’s an idea that’s definitely lodged away in my brain for future reference.” Future plans include more retail ventures, tentatively aimed for Paris and a second U.K. spot in London, on Bond Street. The new outpost will also offer some U.S.-only exclusives, like the American Flag ring. “This shop, it’s as much a jewel as the jewelry,” she said.