The first step is a mini documentary debuting on social channels.

Olivier Rousteing and the Porsche Panamera.

Olivier Rousteing had his first brush with Porsche as a preteen, as his favorite uncle drove one and would take him around to see the castles and vineyards of the Saint-Émilion region in southwest France.

Now the young French fashion designer, creative director of Balmain since 2011, is collaborating with the German carmaker on communication and creative projects. The first step is a short film making its debut today on Rousteing and Porsche’s social channels, part of a video series titled “Drive Defined” slated to run through the end of April.

Shot in Paris and Étretat on the coast of Normandy, the four-and-half-minute film shows Rousteing behind the wheel of Porsche’s latest Panamera model and talking about his inner drive. 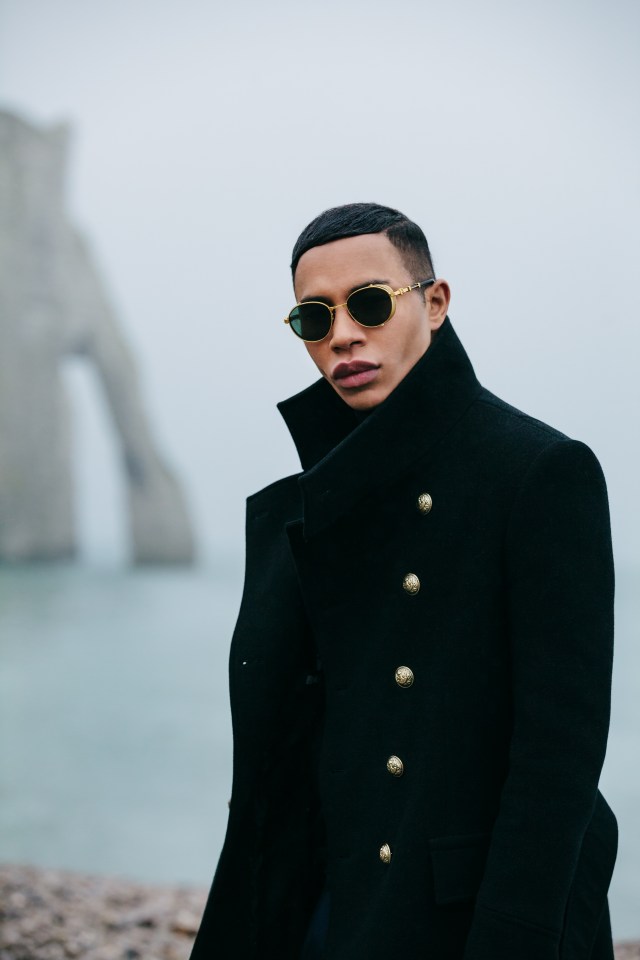 More of a mini documentary and a confessional than a car commercial, narrated by Rousteing himself, the film shows him sketching, draping, styling, doing photo shoots and musing on how pressure drives creativity, and his personal ambition to push boundaries and establish new aesthetics.

Porsche’s manager of content and campaigns Jelena Batic, who is spearheading the collaboration with Rousteing, described the designer as “a perfect fit for us with his desire to make Balmain a modern brand with the highest standards of quality and luxury.”

She noted the collaborative films would examine “the connection between the worlds of sports cars and fashion, which creates relevance for our existing customers, as well as for younger and female target groups.”

Rousteing said Porsche let him choose the location for the first film — Normandy being one of his favorite places for recharging his batteries — and the spot was unscripted so he could express himself in his own words.

A fan of driving, Rousteing got his license at age 18, and relished the opportunities the collaboration afforded him, including rounding the track in several sports cars at the Porsche Experience Center in Le Mans, home of the famous 24-hour motor race.

“I’ve always loved driving,” he said in an interview. “Whenever I can, I like to escape the city, and I especially enjoy driving in the countryside.”

Rousteing noted that he rarely collaborates with other brands outside of Balmain, but he didn’t hesitate when approached given his esteem for the carmaker.

“I love the timelessness of Porsche, I love the elegance of the cars and I love the passion of driving. I’m a driven person and I feel like Porsche is a driven brand,” he said, lauding the “sense of aesthetics” it applies to all the technical marvels incorporated in the cars.

The carmaker and the designer are planning further joint activities.

“The short film is the introduction,” Rousteing said. “Now that I’m really part of the Porsche family, we’re going to think about creating together.”

Porsche is the latest luxury carmaker to link with fashion as a way to drive a new brand image and connect with new generations.

How Carmakers Are Using Fashion to Drive a New Brand Image