Ones to Watch at London Fashion Week

Yuhan Wang, Charlotte Knowles, Nara Niro and Alighieri’s Rosh Mahtani are some of the names to watch during London Fashion Week.

LONDON — The city has long attracted international talent, and this season is no exception. The new designers on the London Fashion Week schedule hail from China, the Middle East and Africa and have worked themes as diverse as female empowerment, Japanese woodblock prints and Italian literary classics into their clothing and accessories collections. — Tianwei Zhang

A Central Saint Martins graduate, Wang landed a job at Marni while showing with Fashion East. After working in Milan for the brand’s creative director, Francesco Risso, she decided to focus on her own brand. With help from the British Fashion Council, Wang was granted an exceptional talent fashion visa to remain in Britain.

Her solo show will carry on from her previous collections. Expect to see big hats, decadent qipao and hyperfeminine dresses with high-shine, ruched fabrics. Wang has also added some wintry pieces — and more wearable items — based on feedback from buyers.

“I want to convey a female point of view based on my personal experience. Compared to Western born-and-bred Asians I think I get Chinese culture on a deeper level. Chinese culture is not just about those decorative dragon motifs, but a mood. Like how you seduce. Some wear a minidress, but there are also other ways to imply that without showing your legs,” she said.

Wang finds her inspirations in museums and antique shops, and believes the past holds the key to the future. “We have created so much valuable knowledge, I find something new every time I look back in time,” she said.

As always, she made all the pieces from the collection herself at her flat in North London. Looking ahead, she said she would like to have a studio and a team to run the brand properly in the near future. 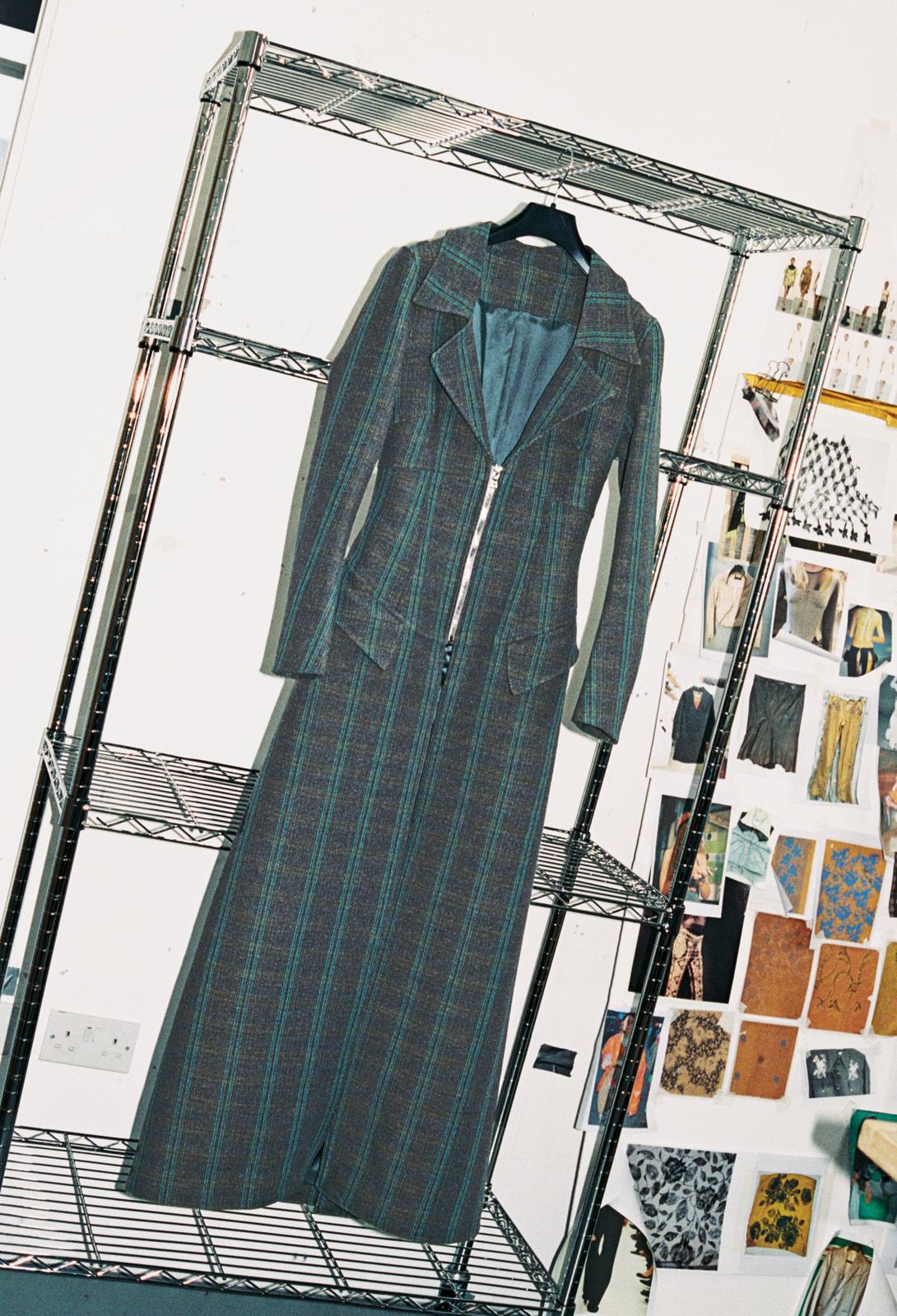 Like Wang, Alexandre Arsenault and Charlotte Knowles are graduates of CSM and Fashion East.

The brand is known for its underwear-as-outerwear design and message of female empowerment.

The two met in the MA Fashion course at CSM, where Knowles helped Arsenault with his graduate collection, and the two have worked together since.

Knowles described the latest collection as “baroque, swirly and decorative,” with a rich color palette including acid green, beige, burgundy and various shades of gray. Arsenault added that fall 2020 will have more volume, texture and tailored pieces than in the past.

The duo said they want the audience to feel that Charlotte Knowles is no longer another emerging brand coming out of London, but “a real commercial name that can reach a bigger crowd.” Their best-selling mesh top, priced at 250 pounds, has been worn by the Hadid sisters and Korean pop stars. 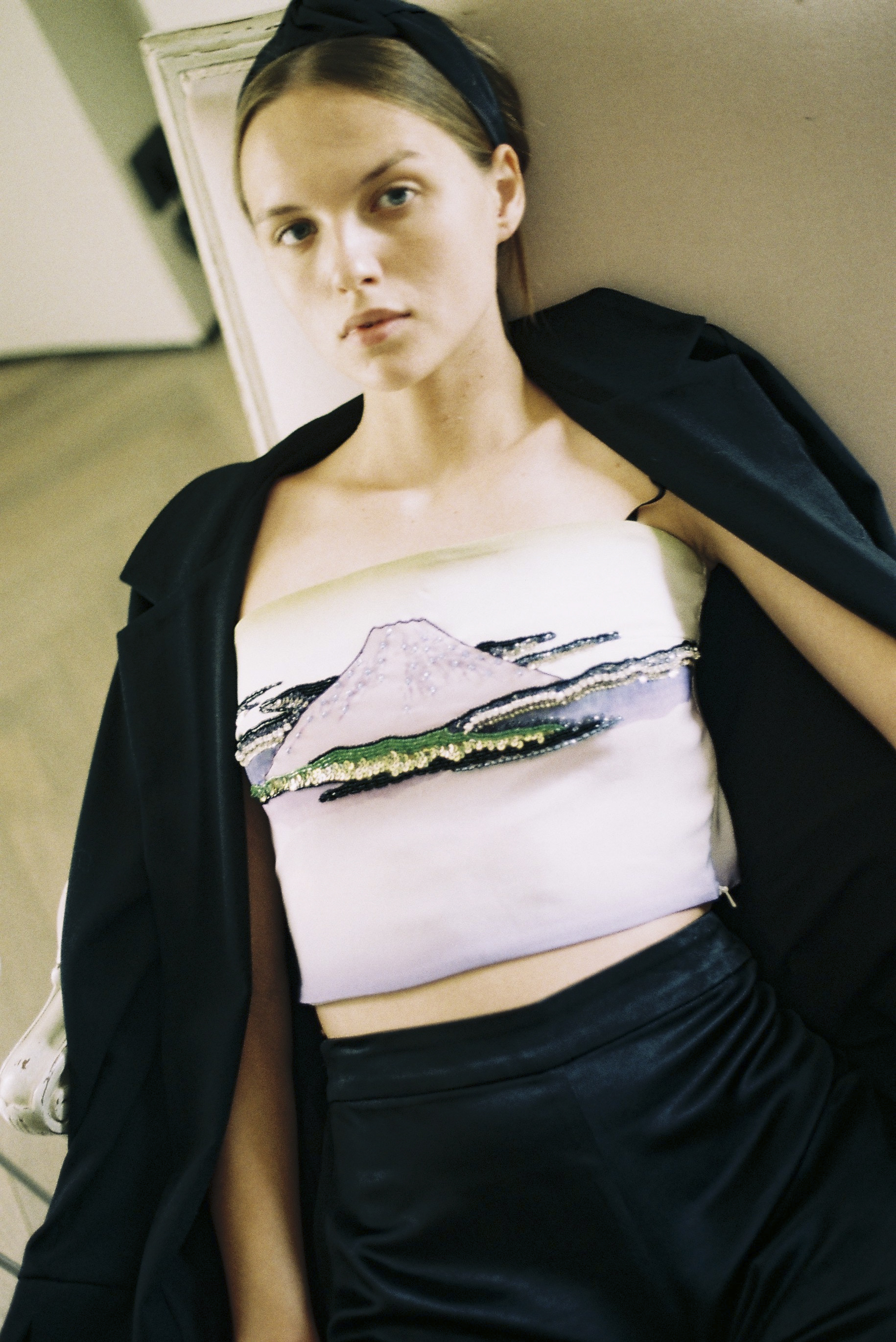 The Iraqi-Lebanese designer Noor Al-Rahim sees fashion design as a great way to keep everything that she finds interesting “under one umbrella.”

An art and film historian turned designer, she trained at Central Saint Martins. For fall, she moved away from the eveningwear she created for her graduation collection and worked more ready-to-wear pieces into the new collection. However, her design intentions remain the same.

“Eveningwear can be very specific. I wanted to create timeless investment pieces that have this eveningwear aspect to them. My mother handed down clothes to me, and I think it’s a great thing to do,” she said.

“The nicest thing about design is the research that goes into it,” she said.

The use of beading and embroidery is a hallmark of Nara Niro’s designs. She took a course at École Lesage in Paris, and she still develops samples in house. “Painting with beads is very relaxing for me, and the final result is always amazing,” she said. 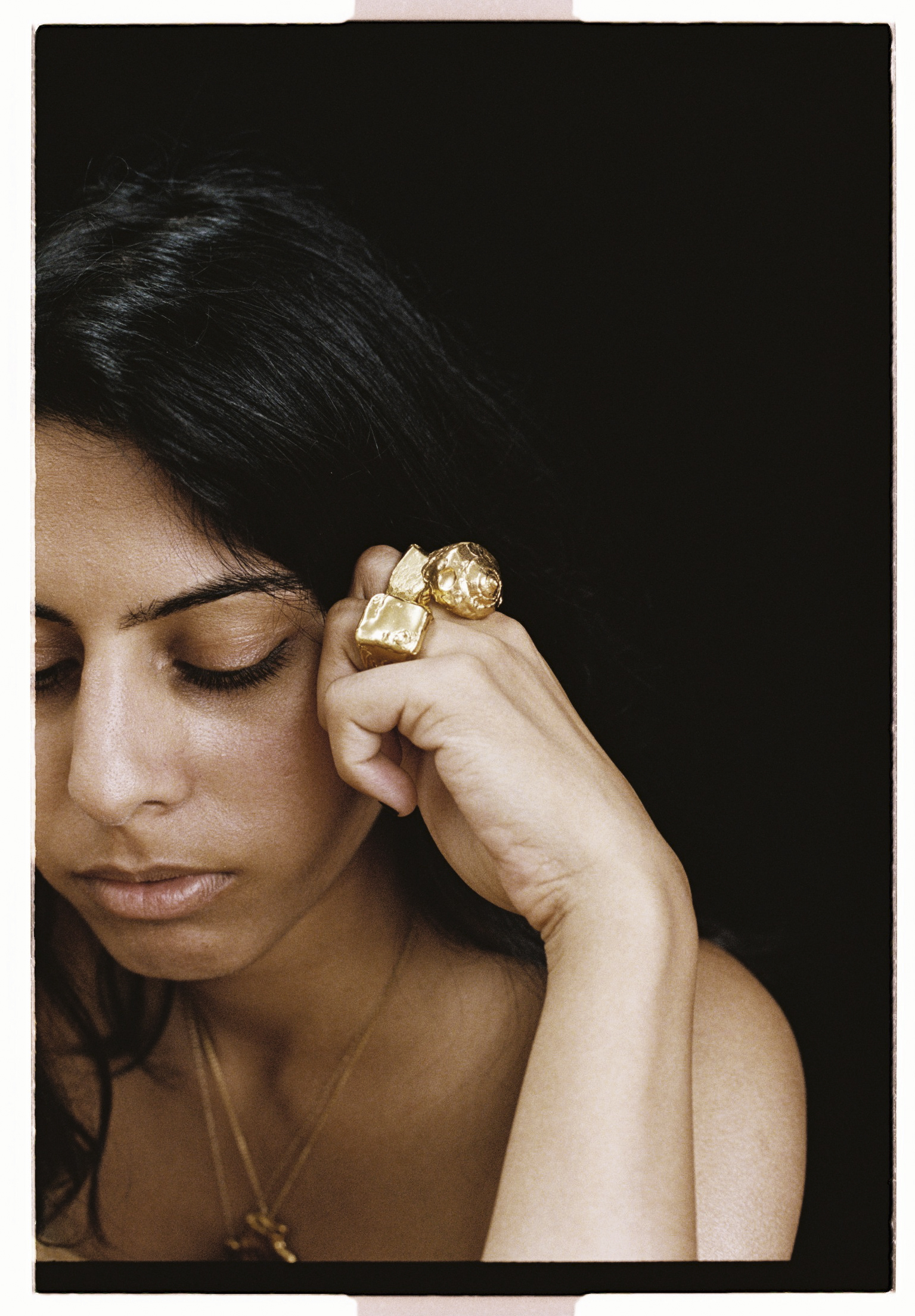 Rosh Mahtani of the London-based jewelry label Alighieri will close London Fashion Week with a presentation during which she’ll be given the third annual Queen Elizabeth II Award for British Design. Princess Anne, who is also the president of the UK Fashion & Textile Association, will present her the award on behalf of the Queen.

Born in London and raised in Zambia, Mahtani is being recognized for “her ethical approach and commitment to local manufacturing,” and “her ability to make beautiful, timeless, made by hand jewelry,” according to Caroline Rush, chief executive officer at the British Fashion Council.

Rush also praised Mahtani as “an inspiration for many young British designers,” as she “has managed to translate her passion for jewelry and storytelling into a highly successful business while using responsibly sourced materials.”

Alighieri is known for its handmade, gold-plated, antique-style designs — which are made in Hatton Garden, London’s jewelry quarter. A best-selling necklace from the brand is priced at 195 pounds, while the rustic looking “No More Tears” 24-karat gold-plated bracelet costs 3,500 pounds.

Mahtani launched the brand in 2014 without any formal training. She says she was inspired to create modern heirlooms, born from the literature she had read such as Dante Alighieri’s “The Divine Comedy,” when she studied French and Italian at Oxford University.

Her business grew by 500 percent in 2018, and made its first foray into footwear with an exclusive capsule of espadrilles created with Net-a-porter. She introduced men’s wear and launched homeware in 2019.