Newcomers and newsmakers are heading to Florence.

By Emilie Marsh and Jean Scheidnes on June 10, 2010
View Slideshow 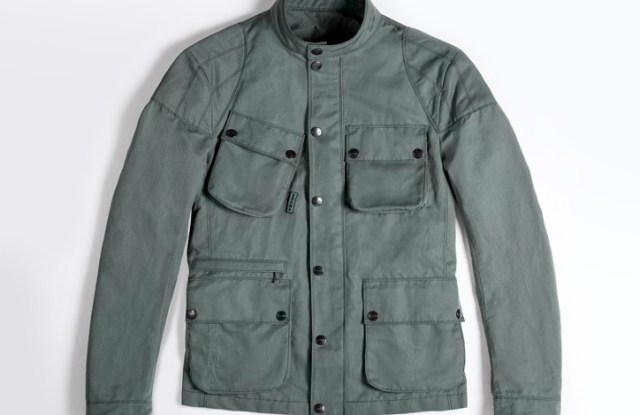 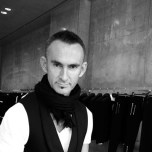 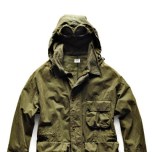 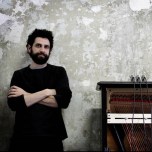 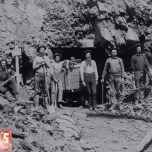 BREMA-MENICHETTI
Brema, an Italian brand founded in 1969 as off-road motorcycling attire, has a new designer in Roberto Menichetti, the former creative director of Burberry Prorsum and Jil Sander. Brema, based in Ancona, was once known for introducing bright color and technical materials to motorcycle suits. This season, Menichetti has taken over design of Brema’s signature line, giving it a trendier look and more all-purpose function with extra-light fabrics. The core item, the jacket, is complemented by pants, shirts and sweatshirts. In addition, the partners are launching a co-branded collection called Brema-Menichetti, geared toward the needs of hard-core rally, endurance and travel motorcyclists with more extreme fits, fabrics and treatments.

SUNDEK BY NEIL BARRETT
This is the beginning of a four-season collaboration between Sundek, the swim-trunk maker, and designer Neil Barrett, who is known for modern tailoring and mash-ups of sport and formal. The collection consists of about 50 pieces, from a new version of Sundek’s signature rainbow short to a complete range of T-shirts, polos, jackets, walk shorts and beach accessories. Prices will be slightly higher than Sundek’s main line but much lower than Barrett’s. The partners will host a presentation and cocktail party on June 15.

“We actually sell a lot of beachwear and swim shorts in our collection, so it seemed like a logical thing to do at such a reasonable price,” Barrett said. The designer borrowed some of his favorite men’s wear fabrics — chalk-stripe flannel, vintage camouflage, biker leather and denim — and applied them, via photo printing, to beachwear. Other trompe l’oeil effects include printed bow ties. “It’s all very Neil, very much my palette, very neutral,” he said.

C.P. COMPANY
C.P. Company is marching back to its roots. Thanks to FGF Industry SpA, which acquired the label from Sportswear Co. SpA in February, the Italian label is getting a new life and returning to what it does best: military-inspired sportswear and intricate textile treatments.

According to Enzo Fusco, the owner of FGF Industry — which also produces and distributes Blauer USA, BPD, Design by Enzo Fusco and Sweet Years — the label had strayed from its course.

“I think C.P. Company’s error lay within changing the product too much and trying to make it too fashionable,” he said. “C.P. Company is a modern brand with a strong identity, but it’s not a high-fashion brand. Every brand has a history, and it’s down to us to restore it to C.P. Company.”

Replacing former C.P. Company creative director Wallace Faulds with his own design team, Fusco also snatched up 20,000 pieces from C.P. Company archives in order to build a wardrobe around the label’s beginning, which dates to 1975, when Italian designer Massimo Osti built a cult following with military-inspired silhouettes such as the “goggle jacket” and customized textile treatments.

“We wanted to give value to the historical aspect of the brand with added modernity,” Fusco said. The collection, which is seeking to garner interest from a younger clientele, features 180 pieces. It includes a wide variety of dress shirts and trousers, as well as piece-dyed blazers. Rather than presenting the new collection during Pitti, Fusco will seek to reinforce the brand’s DNA with a video installation.

LEVI STRAUSS & CO.
Levi Strauss & Co. is set to show that where you come from is as important as where you’re going. At Pitti, the 157-year-old denim behemoth will launch Made in the USA by Levi’s Vintage Clothing, a capsule collection of reproductions of iconic American workwear. Taking key looks from Levi’s archives, the collection is historically accurate in construction, fit and function. Inspiration for some pieces can be traced to the early pioneers and to the post-World War I era. A replica of the 501, called Barnyard, for example, resembles the original pair of jeans from 1890 that was recently found in an abandoned barn in California, while the Type 1 Jacket, a sturdy denim item with a pleated front, is a duplicate of a design first launched in 1924. Ranging in price from 250 euros, or $334 at current exchange, to 950 euros, or $1,140, the Made in the USA collection will go on sale this summer in premium locations worldwide, including Barneys New York, Fred Segal, Isetan, United Arrows and Cinch London.

WHO’S ON NEXT
Out to prove that Italy’s got talent, too, an international panel will judge the second edition of Who’s On Next. The initiative is intended to promote young, Italy-based men’s wear design talent and has been organized by Pitti Immagine Uomo, the Roman couture association Alta Roma and L’Uomo Vogue. The eight finalists include — from the fashion community — Camo, short for camouflage, best known for its uniform-inspired wardrobe; Dead Meat, maker of thought-provoking T-shirts; FQR, a ready-to-wear collection by textile maverick Fabio Quaranta, and Maurizio Miri, whose classic tailoring is for today’s man. On the accessories front, there’s AI, designed by Andrea Incontri and inspired by Italian leather goods from the Fifties; Ozona eyewear; Pierre-Louis Mascia’s print-friendly accessories collection, and footwear by Italy-based Japanese designer Yuji Miura. Winners will be announced on June 15.