Ones To Watch at Pitti Uomo, January 2010

Here, the up and coming designers at Pitti Uomo.

By Emilie Marsh and Jean Scheidnes on January 7, 2010
View Slideshow 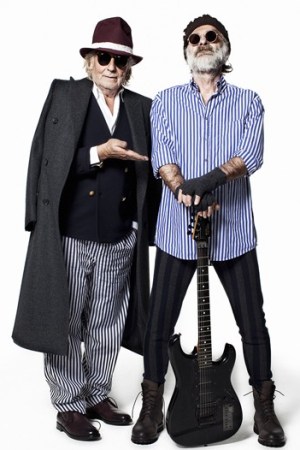 Last season, Umit Benan was named the winner of the inaugural men’s wear version of Italy’s “Who’s On Next” award for emerging designers. Benan approaches each season like a movie in need of characters. His curious spring collection was a total look inspired by Cuba, photographer Slim Aarons and cinema references from “Scarface” to “Blow” — an improbable sounding brew that married retro resortwear to gangster-chic tailoring and still looked contemporary. Research for Benan’s fall collection, “Retired Rockers,” took him to Los Angeles, where he photographed people who reminded him of classic rockers, such as the Rolling Stones. He imagined a present-day meeting of the Rolling Stones, Bob Dylan, Bruce Springsteen and producer Ahmet Ertegun (who shared Benan’s Turkish roots) in New York’s East Village. They would still be alluring, free-spirited, super cool. They wouldn’t need tight leather pants to feel young any more, as they would have a more relaxed sense of elegance. As the winner of “Who’s On Next,” Benan has the opportunity to have a presentation during Pitti Uomo, which he has opted to do at the restaurant of the midcentury-modern Santa Maria Novella train station.

Pronounced atipico, this trouser line designed by Guido Di Riccio and manufactured by Due Cotton Srl of Mantua will make its first appearance at Pitti Uomo with an updated image and a new logo. Now in its third season, and selling to 200 doors, AT.P.CO expects to consolidate its sales network this year. This season all the fabrics are garment-dyed with a woodland palette, six washes and various effects to create a deliberately antique look. The offering also includes Extreme Uniform, a military-inspired range with its own label and different packaging.

Designer Lars Nilsson will launch a signature men’s wear line with Italian men’s wear manufacturer Mabro. Dubbed Mr. Nils, the collection is to bow at the Museum Marino Marini, a sculpture museum, in Florence on Jan. 12. The presentation will incorporate about 10 models, a film by MD70 and photographs by Andreas Larsson.

“I’m working with Mabro on jackets, pants and coats mainly,” said Nilsson. “In addition, I’ve been doing sweaters, shoes and a few small accessories. It’s a small collection, casual chic, urban preppy. It’s something a guy can wear quite easily, I feel strongly. It’s a mix of daywear fabrics and a little outerwear fabrics; very comfortable. There is a palette of neutrals and a houndstooth pattern in a classic tweed that I took forward, reworking it on the computer. I also did knitwear and accessories with more graphic patterns. And I used a little Scandinavian fur, a curly lamb with a natural silver-gray color.”

Nilsson, who was tapped by Mabro chief executive officer Alessandro Giudice last year, has kept a low profile since exiting Gianfranco Ferré in 2008 after a brief stint as the house’s creative director. Before that, Nilsson worked for three years as women’s wear designer for Nina Ricci.

For its first appearance at Pitti Uomo, Penfield will show its Trailwear collection, a line created in the Seventies that still captures the outdoor heritage and spirit of the brand. This season, the collection is the most comprehensive to date, spanning many styles and functions while upholding Penfield’s motto, “For Life in the Open.” There are new variations on the popular Stapleton down jacket, which has a distinctive Western yoke. And to commemorate the 35th anniversary of the brand, a limited edition, all-leather Outback puffer vest has been released. The Outback is the most celebrated style in Penfield’s past collaborations with Colette, Stüssy and Edifice, recognized as not just a functional outdoor vest but also as a versatile fashion piece. The Penfield Trailwear collection also includes knits, shirts, pants and accessories, all tied together by a classic autumnal palette and signature fabrics such as Penfield Tweed and Hudson Plaid.

Artisanal savoir faire is the buzzword for the fashion industry today, but for Olivier Borde, 34, authentic craftsmanship is second nature. The Montpelier, France-born designer, whose signature style revolves around the reinterpretation of classic pieces, has made it a maxim to live and work by.

“Less consumption, more durability, but when we buy a jacket, we buy the right jacket,” said the Paris-based Borde. “My approach to design has always been deconstructing and reconstructing sportswear in an artisinal and avant-garde way. I work directly with the fabrics, I assemble the fabric and, like a sculpture, little by little it takes form.”

From childhood he spent weekends accompanied by his couturier grandmother, combing flea markets in search of vintage fabrics and buttons. He received a sewing machine from his parents at age 14. In 2004, Borde cofounded and codesigned the Charles Anastase label before parting ways with the brand in 2008 to launch his own men’s wear collection. The line was selected for the Festival d’Hyeres in its debut year.

“I had always wanted to design men’s wear but my professional experience led me a different way,” Borde explained.

Incorporating a French touch, for fall-winter Borde revisited the canons of traditional bespoke elegance and American sportswear. Riffing on classics in cotton, wool, corduroy and denim, he played with a palette of subdued shades of navy, gray, cream and cherry red.

“I envisioned Savile Row suits in houndstooth or herringbone passed from generation to generation and worn with youthful defiance,” Borde said.

Shoe designer Max Kibardin, who won this year’s “Who’s On Next” competition in the accessories category, will present “Behind the Shoes,” an installation in collaboration with New York artist Iké Udé and architect Elena Cerizza. Kibardin’s work is both experimental and steeped in Italian craftsmanship. His theme for the season is “Tyrolean glam punk,” and some of the styles incorporate golden embroideries inspired by Udé’s art. Kibardin, who studied architecture in Moscow, is also creative director of Lorenzo Banfi and a consultant for Furla footwear.