Men’s Paris: Ones to Watch

An eclectic crop of fresh talent, launches and newcomers to the runway await Men’s Fashion Week, which kicks off today.

By Katya Foreman and Laurent Folcher on January 20, 2011
View Slideshow 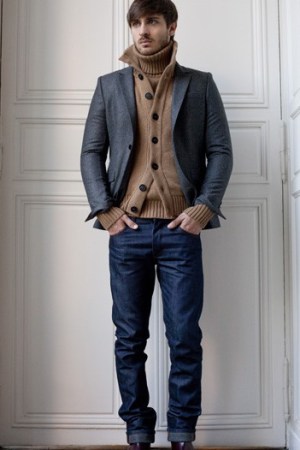 PARIS — In with the new.

An eclectic crop of fresh talent, launches and newcomers to the Paris runway await Men’s Fashion Week, which kicks off here today.

Buzz has been mounting for a new project from Alexandre Plokhov, who with Robert Geller in the late Nineties co-founded defunct cult New York men’s label Cloak before going on to design for Versace’s men’s line.

Plokhov’s debut collection will be presented Jan. 22-23, alongside a video by Douglas Keeve and a group of portraits by Alex Freund.

AMI, a new collection by 30-year-old French designer Alexandre Mattiussi, is based on chic-yet-casual wardrobe essentials, such as coats and classic jackets in noble fabrics; flannel jeans and wool twin sets worked in sober hues with touches of blue, white and red. The line will be presented on Friday at the Macéo restaurant on Rue des Petits Champs.

For Masullo, a beautiful silk pajama, nightshirt or robe can work just as well for the beach or a fancy restaurant as for the home. Featuring contrast piping in velvet or silk, the unisex collection is produced in Belgium.

Among new launches, meanwhile, is the Greg Van Rijck for Jean Paul Knott line, which will be presented at the Le Petit Endroit space Jan. 22-25.

Relaxed mix-and-match wardrobe essentials in quality cloth form the basis of the collection, headed up by Knott’s close collaborator Van Rijck. Items include wide flannel scarves for braving the chill and ultraloose pants cut to fall just above an ankle boot.

From a mock police lineup format to a mock restaurant, the settings for Maison Martin Margiela’s men’s presentations have always been as unique as the house’s fashions. This season, for the first time since the launch of the men’s line in 1998, the house will stage its first men’s runway show on Saturday.

Also taking to the podium, Acne on Sunday at Paris’ La Maison Rouge venue will stage its first men’s catwalk show on the official calendar of the Chambre Syndicale. Meanwhile, venerable French heritage men’s wear brand Arnys, which has specialized in made-to-measure men’s wear since 1933, on Sunday will stage its first ever runway show, to be held at the Théâtre Récamier on the Left Bank.