Ones to Watch in Berlin 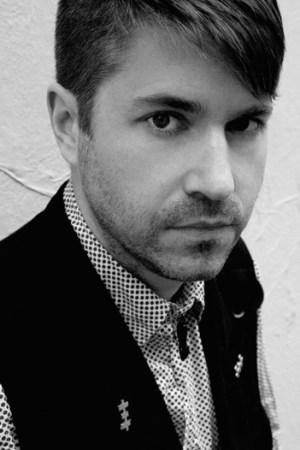 You could call Thomas Engel Hart’s precise, rock ‘n’ roll-inspired styles “déjà new.” “I try to walk the line between something that’s familiar and something that’s innovative,” says the down-to-earth, Paris-based, Manhattan-born men’s wear designer. Trained as a tailor and schooled at New York’s Fashion Institute of Technology, Engel Hart originally made clothes for dressing up and going out.

“In the beginning, my interest in fashion was just to make things for me and my friends and kind of just live in a fantasy world,” he said. After spending half of his 20s in New York’s art and club scene, a move to Paris in 1997 opened his horizons and gave him focus.

Now 38, he introduced his eponymous collection in 2001, and received the French design award ANDAM in 2002. Then came a three-year stint as art director for Thierry Mugler Homme. Engel Hart returned to creating his own line in 2008, keeping individual expression as his source of inspiration and looking to young trendsetters rather than the well-heeled crowd.

Previous collections have featured eye-catching items such as pegged pants, safety pin-encrusted sleeves, seersucker jackets, high-waisted pants and fringed and studded leather jackets. All pieces are made in France, with a focus on traditional patternmaking, artisanal craft work, tailoring and detail work. He also makes what he calls a “super artisanal” collection limited to 10 pieces per look.

He also has a shoe deal with British brand Underground, makers of Beatle boots, Winklepickers and Brothel Creepers — bringing an extra edge and affordability to his work: TEH for Underground boots retail for less than $370. “The shoes are a good price point, which I’m really into these days, since everyone’s broke,” said Engel Hart.

In his first appearance at Berlin Fashion Week, Engel Hart will show a range of military-inspired looks in blue, white and black, with touches of pink and cream. Pants will be baggy, but tight at the ankles, and jackets are comfortably, cut but not oversized. A series of superlight coats will evoke parkas.

Next: Don’t Shoot the Messengers >>

Don’t Shoot the Messengers’ Jennifer Ann Gilpin and Kyle Callanan are indicative of Berlin’s growing international designer pool. A “Beauty and the Beast” project for Mercedes-Benz united Gilpin, a Vancouver fashion graduate who’d returned to Berlin with two signature labels and multiple international sojourns behind her, and Callanan, who’d come to Europe on a one-way ticket after working for commercial fashion makers in his native New Zealand and Australia. Three weeks and 40 costumes later, Gilpin, 31, wanted to get a fashion line going again and founded Don’t Shoot the Messengers with Callanan, 23, in 2009.

But far from bearing bad news, their fashion message is sexy, elegant and chic — but with a strong urban edge. And one that balances a sharp, geometric approach with sensual sophistication in fluid jerseys, silk and supple leather. Retail prices start around 50 euros ($60) for a T-shirt, 300 euros ($370) for a coat and top off at 600 euros ($740) for more complicated pieces, such as a silk georgette and leather-paneled dress.

Their teamwork is about balance, as well.

“In technical terms, Kyle is a superclean patternmaker,” Gilpin said.

Don’t Shoot the Messengers will kick off Projekt Gallerie’s new series of Black Box fashion shows and presentations during fashion week, and the duo will also show at Premium. Summer should see a boutique next to their showroom on Rückerstrasse in Berlin Mitte up and running, as well as online sales via their Web site. Their collection is carried in boutiques in Tel Aviv, Copenhagen, Vienna, Barcelona, Berlin, Moscow, Bahrain, Italy and in New York, where it was picked up by Covent on Manhattan’s Lower east side.

The professional path leading Christina Duxa to her current career designing cocktail and eveningwear for well-to-do women has been somewhat roundabout, unless one counts the confections she created — and hand-sewed — for her Barbie dolls as a child. Plus the many formative — and informative — hours she said she spent in her uncle’s apparel factory playfully picking up the tools of what was to become her trade. But first she completed her studies at the Bavarian Academy of Economics in Munich, and then founded her own promotional agency, supplying both the hostesses and their outfits for Formula 1 racing and other events.

Unable to find the right look for her own wardrobe needs, she also began creating clothes for herself and a steadily growing cadre of private power clients, including Bertelsmann chief Liz Mohn and Sixt AG’s Regine Sixt.

It wasn’t luck or family connections that opened the doors to that crowd, but her involvement with the German Stroke Foundation. “I came across these women via charity events — they’re all there,” she said. To further unite her charity and fashion interests, she began staging fashion shows at the foundations’ annual fund-raisers.

Now 36, Duxa founded Christina Duxa Couture in Delbrück near Paderborn two years ago. The focus is on cocktail, evening and red-carpet looks, though spring’s Cote d’Azur-inspired collection also includes what she calls beach and boardwalk fashion. Prices range from about 300 to 5,000 euros (or $370 to $6,170 at current exchange), the embellished pieces beaded in-house by the designer and a corps of 25 seamstresses.

“My client is a woman in the middle of her life, socially engaged like myself, and someone who loves and lives glamour and fashion,” she stated. “Every woman is beautiful for me, and Ii simply want to make the most out of her.” After this first Mercedes-Benz Fashion Week Berlin runway show, Duxa plans to open her first flagship in Munich this fall.

A visit to Dawid Tomaszewski’s peaceful atelier in the western Berlin neighborhood of Charlottenburg delivers an ethereal surprise: hand dip-dyed organza ruffle trim is draped on a clothesline in the courtyard looking like a fairy princess’ laundry strung between two trees. This quiet, bird-filled, sun-dappled spot is a world away from the city’s street style, spray paint and quasi-gentrified East, which holds the attention and studios of many Berlin designers. But that suits Tomaszewski, a self-described bookworm who finds ideas leafing through his many books about flowers, art and jazz, and who loves the glamour this city doesn’t always have.

Born in Danzig in 1979, and educated at the London College of Fashion, Berlin’s University of the Arts and the Academy of Fine Arts in Posnan, Tomaszewski worked in Florence with Sonia Rykiel, and in Warsaw at Maciej Zien Haute Couture. He chose Berlin 10 years ago, a city he loves and feels good returning to, no matter how long he stays away.

Since starting his own label last year, Tomaszewski has participated in Berlin’s Designer for Tomorrow 2009 competition and served as an assistant designer at Comme des Garçons. In January, he showed at London Fashion Week, where his silver-sequin leggings were a big hit, and also received the Premium Young Designers Award the same month in Berlin.

Tomaszewski is channeling a range of influences for his Berlin runway show. “A lot of feathers, a lot of Paris,” he said, though the collection is inspired by the massive steel works of American minimalist sculptor Richard Serra, particularly the movement and softness Serra achieved with such hard materials. Handworked evening gowns and cocktail dresses in natural silk and silk taffeta come in rich colors and muted shades with contrasting pops of red — some made from 30 to 40 cut circles. Mesh flesh-toned leggings are heavily strewn with large Swarovski crystals.

Most budding designers have a business plan on hand, but few launch with a set manifest up their sleeves. Anna-Lena Deuring and Carolin Wohlleber started their own label, Yenikolka, after graduating in design from southern Germany’s Pforzheim University in February 2009. Now Berlin-based, Deuring and Wohlleber stick to a clear outline of three attributes that determine their label’s identity: timeless, mysterious and beautiful-dark.

“We’re timeless, because we’re not interested in or influenced by trends. We work in our own world, with our own perceptions,” Wohlleber began. “We’re also mysterious, because even if most pieces look simple, there are lots of hidden details. And we’re ‘beautifuldark’ because dark has a negative connotation, but we’d like to prove that it can be very beautiful.”

Internships at avant-garde labels Sharon Wauchob and Lutz in Paris set them on a path of focusing on a specific keyword per collection. For spring, Yenikolka’s second season, it’s ribbon, used on leather, jersey and lace. Besides their statement black, the collection includes hand-dyed grays with silhouettes ranging from skintight to softly draped and multilayered.

Retail prices run from 50 euros ($61) for jersey tops to 500 euros ($617) for leather jackets. Manufactured in Germany, the company is selffunded with support from the designers’ families. It’s stocked in two independent doors so far. Deuring and Wohlleber hope to add to that list to establish a customer base for the long run.

“Our fashion should appeal to a wide spectrum of women because these pieces are very flexible,” Deuring explained. “Even a simple top can be tied differently and worn in more ways than one. We think that’s where fashion is heading in the future.”