Ones to Watch: Paris Men’s Wear 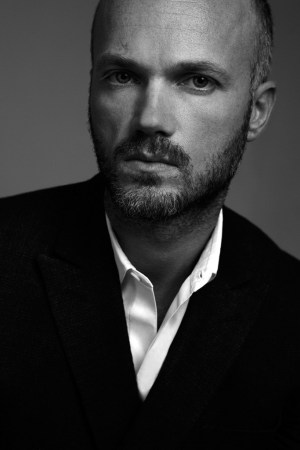 PARIS — Hedi Slimane’s eagerly awaited return to the men’s wear runway for Saint Laurent headlines a jam-packed Paris Men’s Fashion Week. After showing as guest designer at the Pitti Uomo trade fair in Florence last season, Carven is back in Paris with an official presentation, a step up from its prior showroom format. Roman house Valentino is also bringing its collection, heating up the City of Light.

Here are some other newsworthy debuts:

For his first collection since joining Cerruti in June, Aldo Maria Camillo chose to focus on the house’s key strength: its rich in-house store of fabrics.

Like any designer taking over a storied label, the 37-year-old Italian spent time immersing himself in the archives. But what really got his creative juices flowing was collaborating with textile mill Lanificio F.lli Cerruti, still run by the house’s founder, Nino Cerruti. “Fabrics are so fundamental in men’s wear. There are very few brands that have the backing of their own mill,” Camillo said, citing one of his former employers, Ermenegildo Zegna, as another of these rare birds.

“It’s about building a relationship between fabric designers and the designers of the company to build a collection really born from the studio and the analysis of the fabrics. I think this is the most powerful thing,” he added, sitting in the design studio of the company’s Paris headquarters.

For fall, Camillo has loosely drawn inspiration from the Seventies, with suits that look sharp and controlled yet still provide room for movement, and chic urban sportswear that spurns notions of utility.

“The leitmotif is about being very confident, cool in a way, but with this comfort feeling that I feel should be the trend of the season,” he said.

Textiles include noble fabrics, like cashmere in three different weights and finishes, interspersed with blends incorporating nylon or other artificial fibers to lend outfits a new shape.

Camillo joined Cerruti from the men’s wear studio of Valentino, where he was head designer. He succeeds Sachiko Okada and Aaron Sharif, cofounders of the London-based label Blaak, who designed the Cerruti men’s line for three seasons.

Camillo’s appointment is part of an overall brand-renewal strategy under way at Cerruti, which in December 2010 was purchased by Chinese men’s wear giant Trinity Ltd., a division of Li & Fung.

The main collection has been rechristened Cerruti 1881 Paris, with a new logo that appears in the brand’s spring advertising campaign.

Camillo has revamped the company’s supply chain, which now consists entirely of Italian manufacturers. His next move was to learn everything about Nino Cerruti, who sold his fashion house to Italian industrial group Fin.part in 2000 but has continued to take an active interest in its development.

“He avoided in a way the concept of fashion as a seasonal trend. He used to talk about style,” Camillo noted. “You can’t change the style every season. This concept to me is a little old. I feel more subversive in a way, working with traditional fabrics, or things you have already seen, and using something familiar to tell a new story.”

Give a pair of scissors to two Sorbonne philosophy students and watch a local hero be born. That is the story of Melinda Gloss: Already an insider among Paris’ cool and contemporary set, the men’s wear brand is in serious expansion mode.

During Paris Men’s Fashion Week, the five-year-old label will stage its first runway show. “Now that we have the means to go where we want to be, we decided to invest in product development,” explained Mathieu de Ménonville, 30, who cofounded the label with buddy Rémi de Laquintane, 31.

After leaving university, they spent time in workshops cutting their own trousers “to understand the pattern. It looked a bit funny, but in the end, when you ask the questions you can solve the problem,” said de Ménonville.

Melinda Gloss is meant “to bridge the gap between two extremes — the very basic and the very expensive — with a line that is of high quality and made to last,” said de Laquintane, who designed a series of prints for fall to be featured on silky cotton shirts, jeans and the brand’s much-coveted knitwear, which is slightly oversize this season. The new collection of 20 to 25 looks is larger than ever, and for the first time includes a shoe line. Next month the duo will begin work on its first fragrance.

With shirts starting at 150 euros, or $200 at current exchange, and coats beginning at 500 euros, or $668, Melinda Gloss is a “realistic choice for a man who likes fashion but doesn’t want to look like he’s just walked off the catwalk,” said de Ménonville.

Since he and de Laquintane like contrasts, Melinda Gloss includes an eclectic mix like sheepskin juxtaposed with quilted nylon on outerwear, and baby alpaca and super kid mohair matched for textured knitwear.

The brand, which almost doubled its sales from 2011 to 2012, established a corner in Printemps in February 2011, and in September 2012 it opened its second location, comprising 1,075 square feet of selling space and an 810-square-foot showroom, on the French capital’s Rue Madame.

Now in his third season of presenting men’s wear, Tokyo-based French designer Julien David is staging his first runway show for the collection.

Fresh from winning the 2012 Andam Fashion Award, the designer thought it was a good time to boost the visibility of the men’s line.

The collection, called Don’t Be Cruel, features intarsia sweaters with a motif in the shape of a quiff — David’s wry response to the angst-ridden Gothic styles that have swamped designer men’s wear in recent years.

Though David’s street sensibility is intact, this season also sees the designer making his first foray into more tailored pieces, or what he calls “street suits.” These might consist of a softly constructed light wool flannel jacket, without shoulder pads, its slightly elongated cut emphasized by large patch pockets. Worn with matching pleat-fronted pants, their tapered legs rolled up over skateboard sneakers, it makes for a new kind of three-piece suit for a younger generation.

In the same sartorial vein are coats, one from a Japanese-made angora wool fabric bonded with a waterproof layer that can be worn either as protective outerwear or for a dapper evening look.

The line is 100 percent manufactured in Japan, except for a collaboration with American brand Kelty on an old-school corduroy backpack.

David aims to gradually expand his basics with the goal of inventing a wardrobe for people like him — a concept reflected in his casting of nonprofessionals as models for the show.