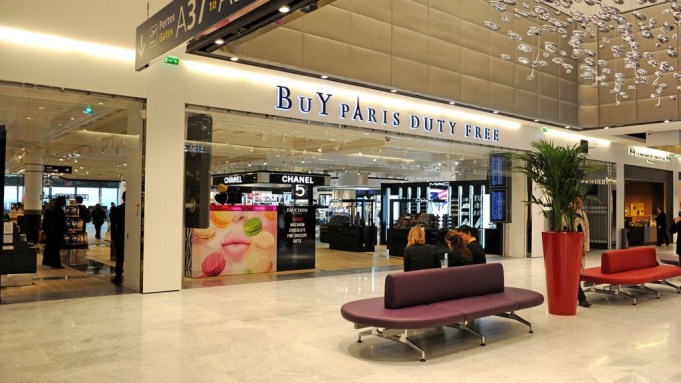 PARIS — French airport operator Aéroports de Paris, or AdP, last week opened a new building at its Roissy-Charles de Gaulle airport — the first in a series of redevelopments at the airport.

The new facility, situated between long-haul terminals 2A and 2C, which serve the OneWorld alliance airlines including Cathay Pacific, Emirates and Etihad Airways, features some 23,000 square feet of retail and restaurant space.

Instead of entering the terminals through four different security areas as in the past, all passengers now enter through the same area, before being filtered through a 13,000-square-foot space designed to look like the ground floor of a Parisian department store, offering fragrance, cosmetics, alcohol, tobacco and gastronomy in branded environments.

They are then led down L’Avenue, a “shopping street” designed to evoke one of the French capital’s Haussmanian boulevards, where boutiques include mono-brand stores for luxury brands such as Hermès, Dior, Prada, Burberry and Gucci as well as a multi-brand watch and jewelry outlet and banners for the Ladurée and Maison du Chocolat brands, as well as two seafood bars.

“It is the first concrete manifestation of Aéroports de Paris’ new model,” a spokesman for the operator said. “From now on, all of our airports’ commercial zones will be built along these lines.”

In July, the operator will open another new building at Roissy, dubbed Satellite 4, which will take the operator’s new positioning even further, with 60,000 square feet of retail and leisure space serving the airport’s terminal 2E, dedicated to Air France and its SkyTeam partners, which represented 60 percent of Roissy-Charles de Gaulle’s passengers in 2011.

The space will include a museum that will display original works on loan from the city’s art galleries and a 30,000-square-foot business lounge offering services such as free treatments from beauty brand Clarins.
AdP is investing 580 million euros, or $773.6 million, in Satellite 4, which will have the capacity for 7.8 million passengers a year.

Roissy-Charles de Gaulle is Europe’s second-largest airport in terms of passenger traffic and the seventh worldwide, with 61 million people transiting in 2011, up 4.8 percent versus 2010.