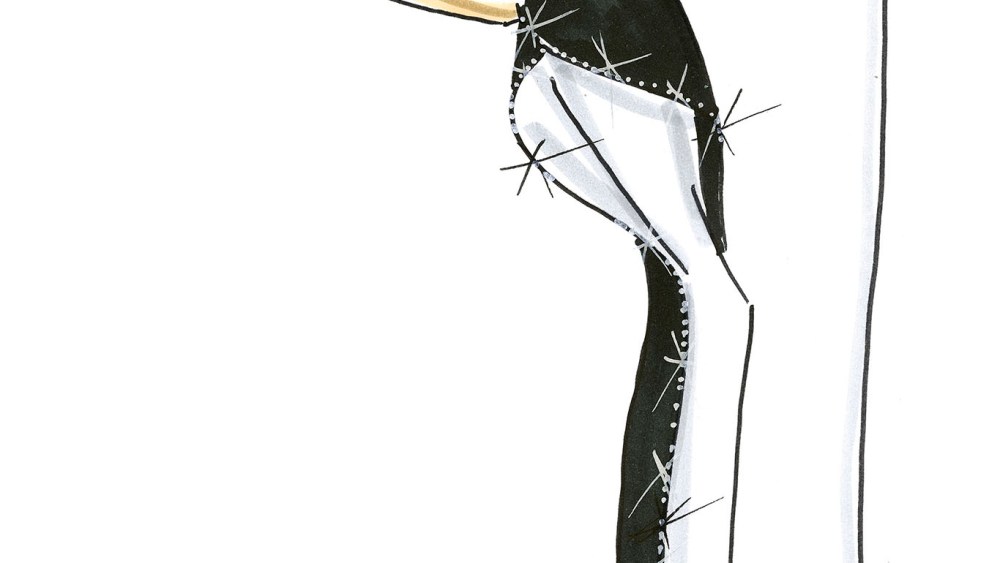 PARIS — The Paris couture calendar promises to be another packed affair, showcasing everything from the most exclusive made-to-order clothing, jewelry and shoes to resort collections — not to mention fragrance launches, collaborations and Fendi’s “haute fourrure.”

Dutch design duo Viktor & Rolf will celebrate 25 years of existence, while Julie de Libran is set to show a one-off collection under the Atelier Sonia Rykiel label to mark the 50th anniversary of the house.

The U.S. presence has been scaled back, with both Rodarte and Proenza Schouler bowing out this season, though Jack McCollough and Lazaro Hernandez are expected in town for the launch of their makeup collection with Lancôme.

Aganovich and Noureddine Amir — the latter a protégé of the late Pierre Bergé — are joining the official calendar. Meanwhile, Vetements is returning to couture week with an off-calendar ready-to-wear show, alongside Acne Studios, while Peter Dundas is showing his resort collection.

Keeping up its steady pace of events since the death of founder Azzedine Alaïa, his namesake house will unveil “The Secret Alchemy of a Fashion Show,” an exhibition curated by Olivier Saillard, who also has a surprise project up his sleeve, due to be unveiled in a series of extremely intimate presentations.

Christian Dior will inaugurate its new Maison Christian Dior line of exclusive perfumes, candles, and bath and body products with a dinner for VIP guests on Place Vendôme. Atelier Swarovski, meanwhile, is hosting a cocktail to celebrate the launch of a “conscious luxury”-oriented fine jewelry line designed with Penélope Cruz.

Leading fashion houses reported good momentum for their exclusive couture business, which is benefiting from the influx of a younger clientele willing to order made-to-measure clothes for the first time.

“The United States is staging a comeback with a new generation of young women entrepreneurs who are fascinated by what couture represents,” said Bruno Pavlovsky, president of fashion at Chanel. “These customers have fewer and fewer reservations about making the jump. They do it readily, but they remain discreet.”

The house is enjoying its last few seasons at the Grand Palais before the glass-and-steel structure closes for renovations in 2020. Pending approval from Paris City Hall, Chanel will show its collections, starting from January 2021, in a temporary structure to be erected on the Champ de Mars in the shadow of the Eiffel Tower.

“We think it’s a terrific solution because it meets all our requirements,” Pavlovsky said. “We will adapt and make sure it becomes a splendid asset for the duration of the works.”

In late October, Chanel plans to re-create its cruise collection in Bangkok, where it has four boutiques. “Thailand is a rapidly growing market for us,” the executive noted. “There’s a great energy coming out of Bangkok and we think it’s a city to be reckoned with in the coming years.”

Giorgio Armani also reported strong demand for his Armani Privé collection, which is shown in Paris. “Our targets have been reached, and this result shows a constant trend,” the Italian designer reported.

Armani plans to hold appointments by invitation only, mainly in the U.S. and Asia, for clients unable to make the trip to the French capital. He is also working to reschedule his One Night Only event, set to include a retrospective of the Privé collection, which was originally due to be held in Shanghai on May 25.

“The date will change, but the enthusiasm for this event remains unwavering. This is an important opportunity to personally present my work to the Chinese audience,” he said.

Schiaparelli is hosting a dinner on Monday to celebrate its new show location, the Palais Garnier, after three seasons of welcoming guests at its headquarters on Place Vendôme.

Though it regularly hosts Stella McCartney’s rtw shows, the 19th-century opera house has not welcomed a designer during couture week since Yohji Yamamoto showed his rtw collection there in 2002. The last official couture show at the venue was John Galliano’s lavish spring 1998 collection for Christian Dior.

Delphine Bellini, deputy general manager of Schiaparelli, said the brand was enjoying solid growth in couture thanks to continued demand from its traditional markets, the U.S. and Europe, and growing interest from the Middle East, especially for its wedding gowns.

“The visibility generated by big international events, such as the Oscars and Cannes, further boosted the profile of the house, which has had a very positive impact,” she said. “We have therefore hired more people to respond to the increased demand.”

In addition to dressing the likes of Kendall Jenner and Tilda Swinton at the Cannes Film Festival, Bertrand Guyon, Schiaparelli’s design director, created the majority of Céline Dion’s stage costumes for her new tour, which kicked off in Tokyo this week.

Jean Paul Gaultier is preparing to hit the stage himself — in fictional form at least. The designer is hard at work on his “Fashion Freak Show,” a musical revue set to open at the Folies Bergère on Oct. 2 that will feature two original songs written by Nile Rodgers, who is also overseeing the rest of the soundtrack.

Sophie Waintraub, general manager of Jean Paul Gaultier, said it was a novel way for the brand to reach a wider audience, after the roving retrospective that opened in Canada in 2011 and was seen subsequently by two million visitors in 12 cities worldwide.

“It’s a new type of fashion experience — something that has never been done before,” she said. “It’s a fresh way for Jean Paul to talk about his life in fashion, but in a slightly over-the-top way.”

The show, whose costumes will be a mix of new creations and archive pieces, will feature singer Demi Mondaine, a finalist on the French edition of singing competition “The Voice,” alongside appearances by guests including disco diva Amanda Lear, who will appear in a video segment.

Alongside boosting its mainstream appeal, which will benefit its fragrance business, the house is extending its couture outreach. The company staged a show in Buenos Aires in March to coincide with “Love Is Love,” an exhibition of Gaultier’s iconoclastic bridal gowns, and took part in the first Arab Fashion Week in Riyadh in April.

“It’s two different facets of the same universe. It’s linked to the DNA of the house: there is a very luxurious side, and also a very popular one,” Waintraub said. “We focus on creating memorable moments because we don’t have the same resources as some of the other houses.”

Elie Saab is also looking to expand his international footprint. The Lebanese designer, who has flagships in Paris, London and New York, is targeting further locations in Asia and emerging markets, in addition to the U.S. and Europe, said Francesca Fanciulli, haute couture brand director at the house.

This season, Saab is returning to the Musée des Arts Décoratifs, where he staged his first Paris couture show in 2003, and will be diversifying from his signature embroidered red-carpet gowns with new options including tuxedos, jackets and coats.

“Mr. Saab is looking at the global changes and meeting people’s needs,” Fanciulli said. “A younger generation are approaching couture because they can appropriate it in a new way.”