Move over Savile Row, a group of storied tailors are in the throes of a revival. 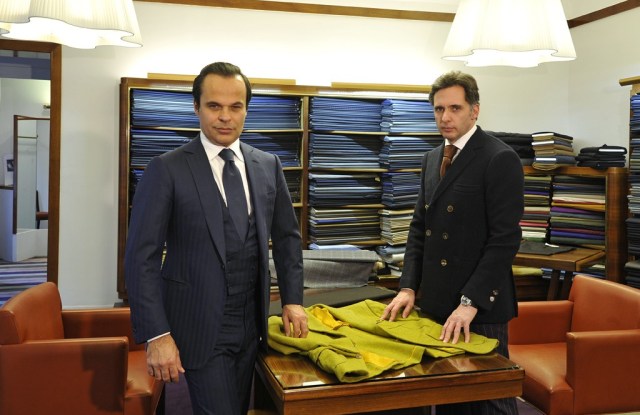 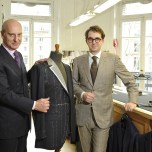 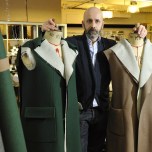 PARIS — Step aside, Savile Row: A cache of storied bespoke tailors in Paris are in the throes of a revival.

Cifonelli, Camps de Luca and Smalto are ready to make the leap from exclusive gentlemen’s club to more visible players on the global fashion scene.

Emboldened by consistent double-digit growth in recent years, these bespoke players are plotting new boutique openings and ready-to-wear launches, as well as the big leap across the Atlantic.

They point to Berluti’s acquisition in 2012 of elite Left Bank atelier Arnys, and the arrival of new players such as Tailored by Mr. Smith, as additional indicators of a second wind for the rare enterprise.

“There has been a noticeable change of attitude among men,” said Julien de Luca, scion of Camps de Luca, one of Paris’ most coveted addresses for bespoke tailoring. “Men come to us with a solid knowledge of bespoke, and they want to find out more about how it’s done and what goes into it. They take the pleasure in being elegant and well fitted.”

French tailoring is distinctive: a mélange of the rigid structure of the English and the suppleness of the Italians, formed by the manual skills of Polish, Lebanese and Tunisian immigrants who settled in Paris, drawn by the city’s rich couture culture.

Camps de Luca’s own history, an Italo-Spanish fusion, is a case in point. “My grandfather [Mario de Luca] came from a small village near Montecasino in Italy, his uncle was a tailor,” related de Luca, sitting in the sun-drenched study of the tailoring atelier his grandfather opened in 1969 on Paris’ Place de la Madeleine with Joseph Camps, a master tailor from Catalonia, where some of Europe’s finest tailors come from.

Now 34, de Luca noted his grandfather advised him to learn something other than tailoring, seeing the impact rtw had on his craft. So he went to London to become a stockbroker — until his father called him back.

The service at Camps de Luca is intensive, and the family prides itself on knowing its customers inside out. The young tailor excuses himself several times during the interview to meet with clients tended to by his father, Marc. “Sometimes we don’t need to see them anymore. They just tell us, now I’m 85 kilos, and we know where those extra two — or minus two — have gone,” de Luca explained upon his return.

Twenty-five people work at the Camps de Luca atelier, making 350 suits a year. A two-piece suit, starting from 6,500 euros, or $8,963 at current exchange, requires about 80 hours of work. Signature traits include a rectangular notch lapel; a roped, slightly padded shoulder; a fitted waist, and double vents for a flatter back.

Cifonelli also has its sights set on expansion. Run by fourth-generation cousins Lorenzo and Massimo Cifonelli, the tailor is launching a rtw line this fall.

“This is the only way we can grow,” Lorenzo Cifonelli told WWD. “There comes a point where you can’t do more bespoke suits without compromising quality. But our objective is not to be a global brand, we don’t have the money of LVMH [Moët Hennessy Louis Vuitton]. The idea is to propose a new look, while staying true to our roots.”

The rtw will be produced in Italy, where Lorenzo’s great-grandfather first set up a workshop in 1880. Cifonelli says he had offers from big luxury groups but he prefers to stay independent. “I don’t want anyone dictating what to do with my own brand. It’s better to be small in your own home than make it big in someone else’s,” he reasoned.

The new rtw range, which will include accessories, will be stocked in two new Cifonelli shops — one on Rue Marbeuf, where the atelier is based, the other on Rue Saint-Honoré.

Despite its 134-year history, the house’s bespoke is contemporary: Don’t be surprised to spot a bespoke pair of sporty cargo pants or a traveler jacket next to the traditional two-piece suit or tuxedo. The worst thing is “to be boring,” said Cifonelli. “We always try to introduce something new.”

A case in point is its Sinclair jacket crafted from ultrasoft Japanese jersey. “You see, it’s almost like a pullover,” Cifonelli said.

The figure-hugging Cifonelli cut is unique: a roped shoulder, a subtly curved chest and an extra-high armhole. Karl Lagerfeld, a onetime client, has observed, “I could recognize a Cifonelli shoulder from a distance of a hundred meters.”

Thierry Le Guénic, chief executive officer at Smalto, argued that bespoke tailoring “is the only way we can stand out vis-à-vis the competition.” Following the 2002 departure of founder Francesco Smalto, a former Camps de Luca apprentice who also studied in New York with Sam Harris (former President Kennedy’s preferred tailor), Le Guénic said it is time to give the brand “a second wind.”

Smalto, currently owned by French real estate entrepreneur Alain Duménil, plans to launch a bespoke salon in New York in the second half of the year, before opening its first U.S. flagship, once the word of a new tailor in town has spread.

“We are also eyeing Africa,” said Le Guénic, projecting a bump of “at least 15 percent” in sales over the next few years on the continent, which provides 25 percent of the house’s bespoke clientele. “In 10 or 15 years from now, Africa will be a major market.”

In addition to bespoke, Smalto already offers a full rtw collection designed by Youn Chong Bak, who trained with Smalto, as well as a “demi-mésure” collection, which proposes ready-made pieces that are adjusted individually on every client.

Smalto made his name by suiting up French actor Jean-Paul Belmondo for his famous movie stunts; Alain Delon; Sean Connery; Roger Moore, and, most recently, Jean Dujardin and Tim Roth have succumbed to the tailor’s charms and his distinctive “Paris notch,” which is cut with a set square. In fact, the company’s archives house costumes from more than 120 movie collaborations, with pictures of celebrities planted all over the brand’s headquarters in the ritzy 16th arrondissement.

De Luca has observed “a very strong shift in age. For a while we had a double whammy of aging clients and aging workers with no one to follow. In the Eighties the average age of our clients was 60, probably the same as in the atelier. Now it’s 35 — for both.”

According to the Fédération Nationale des Maîtres-Tailleurs, the French master tailors’ governing body, the total number of tailors in France stood at 10,000 in the Fifties and Sixties. “Every street in Paris had one or two tailors,” said Yasna Guillerme Guilson, director of formation at the tailoring school founded by the Fédération in 2005 to save the dying craft. “Today, unfortunately, there are about 200 left in France, of which about 30 are based in Paris.”

Among the newest is Tailored by Mr Smith, based in the 18th arrondissement just north of Montmartre. Vincent Smith set up a small workshop where design, patternmaking and tailoring come together.

A native Londoner, Smith studied at the London College of Fashion before training with the Uniform Clothing Company, which explains the utilitarian touch in his collection. “Military garments have the best fit, because [a soldier] has to move,” he explained.

Smith reckons the reason France is not known as a tailoring country is that it is overshadowed by women’s wear. “But the actual handwork is far superior to the Italians, far superior to the English; the French put a lot of effort into the detail,” he asserted.

Smith confessed he can’t warm up to English tailoring, because “it’s too stiff and looks quite crude,” while Italian is “too supple, too flimsy.” “I like to feel I’ve got a jacket on when I wear it,” he said.

Smith fuses military with street- and office-friendly cuts, adding his own touches, including pocket flaps integrated in the pattern for a seamless look. His label aims to “show what’s possible” with traditional tailoring methods and to bring more diversity into today’s men’s wear offering.

Though not strictly made-to-measure, Smith’s line is produced entirely by hand. Only three to four pieces of each design go into production, for a total of 18 pieces a season, which are exclusively stocked at Tomorrowland in Japan, with United Arrows to follow next season. The fabrics are 90 percent Japanese, along with some English. Wholesale prices range from 500 euros, or $689, for a pair of chinos to 1,200 euros, or $1,654, for a woolen coat.

He employs three master tailors, now aged between 65 and 74, whom he brought back from retirement and who are now training a younger staff. If he didn’t have the seniors, Smith said, his company would die. What keeps the business afloat is his work as a men’s wear patternmaker for prominent French fashion houses as well as his luxury rtw line simply called Mr. Smith. Although produced in a garment factory in Italy, it’s still finished by hand.

With a possible new investor in the wings, Smith is thinking about launching a third line — “a lot cheaper” — to finance his tailoring business. Prototypes of leather goods including shoes and bags, as well as hats, have just been delivered. In addition, there are plans to set up a first boutique within the next two years and expand Tailored by Mr Smith to eight pieces per model by 2016.

Smith uses the term “men’s couture” to describe what he does. A catchy term, he admits. “But there is room out there, and there is a real need for it, too,” he said.