As creative director of Nina Ricci, Copping has built a strong identity for the label out of unbridled femininity.

By Jessica Iredale on May 9, 2014
View Slideshow 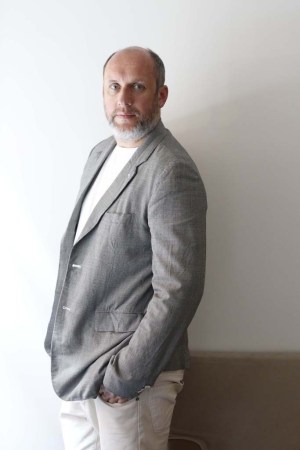 Peter Copping was in a candid mood the morning after The Costume Institute gala. Perhaps it had something to do with the previous night of good-old-fashioned after-partying with Katie Grand, his friend from their London days.

His postmortem on the evening and events leading up to it, delivered over Earl Gray at Manhattan’s Mercer Hotel, was full of honest, yet polite — Copping is a gentleman — opinions. Michelle Obama impressed; sitting in an audience of all of his designer peers for the ribbon-cutting of the Anna Wintour Costume Center was a bit surreal. As for the actual Charles James exhibition, Copping appreciated it from a designer’s perspective but wondered if it would appeal to the public. “He’s left a strong legacy,” Copping said of James, whose interiors for Dominique de Menil’s home were one of the main references for Nina Ricci’s fall collection. “I like his things, but I like the way they’re constructed. That’s the thing that was very interesting. I don’t know…they’re not kind of relevant today somehow.” On the other hand, Copping was mesmerized by the muslin samples of James’ dresses done in filmy black-and-white toile, declaring them “ultramodern.”

In the five years since he replaced Olivier Theyskens as creative director of Nina Ricci, Copping has built a strong identity for the label out of unbridled femininity. He favors sophisticated froth and flou, sometimes spliced with lingerie details — slips, bras and corsets. His runway shows often play as a procession of living dolls. In recent seasons, Copping has been increasingly focused on what his customer wears during the day, proposing sweater dresses, coats and fluid pajama looks, all rendered with romance. Even as the fashion tides have gravitated toward the minimalist, edgy and futuristic, the Nina Ricci girl is indeed girly. “I don’t think I want Nina Ricci to be everything for every woman,” Copping said. “There are other aesthetics and people are drawn to other styles. I felt that it’s important to be true to myself, true to what I think the brand stands for rather than chasing after something else that feels kind of current just for the sake of it.”

Copping has always been drawn to the Gallic wardrobe and Parisian sensibility, adjusting it to fit the various houses at which he’s found himself a career employee. “I absolutely never had any desire to do my own thing,” said Copping. “I don’t know if there’s any need for another brand. And I don’t know if I’d have any more to say that I couldn’t say within the structure of an existing house.” He likes the challenge of working within established parameters. His first job out of the Royal College of Art and Central Saint Martins in London — “You mean the one you leave off your CV?” Copping asked — was Iceberg, but he did multiple internships, undergrad and postgrad, with Christian Lacroix during his poufy prime in the Eighties, an experience he describes as “fantastic,” Lacroix “a real gentleman.” Prior to Ricci, Copping spent 12 years as head of Marc Jacobs’ atelier at Louis Vuitton, where the aesthetic veered wildly from season to season — what was extreme and architectural for fall, for example, might have given way to cartoonish spring. “The more feminine collections came easier somehow,” he said. “It felt more natural.” Clocking so much time at LV entitles him to an opinion on the recent turnover at the company. “It’s nice to see how a house changes and moves and reinvents itself,” said Copping of the passing of the baton from Jacobs to Nicolas Ghesquière. “It was probably important for it to happen — I was there for 12 years; Marc had been there even longer. At the same time, I thought at the end they were getting what they wanted from Marc, these big blockbuster collections that were amazing.”

Copping’s tenure at Nina Ricci has been defined by a deliberate focus and consistency to the collections, always emphasizing fabric development. Laces come from traditional resources in Chantilly and Calais, as well as Japanese mills that “are not so stuck in their ways.” Copping added that every modern wardrobe needs Lycra. “That makes things feel a lot better for a woman. I saw some dresses last night and I thought they could have done with a little stretch in them. The women didn’t look so comfortable.”

A few years ago, Copping met the actress Connie Nielsen at the Copenhagen Fashion Summit, an annual forum dedicated to sustainability. Nielsen, who currently stars in “The Following,” is an activist, heavily involved in Human Needs Project, Road to Freedom and the Danish CSR Foundation, which holds a conference and awards show for sustainable ventures. She commissioned Copping to make a few pieces for her with the mandate that they be crafted from the appropriate fabrics. It was an eye-opening challenge for the designer, who successfully sourced the eco versions of fabrics he was already using in his collections. The quality was on par with house standards, making sustainability a plausible component of Nina Ricci going forward. Puig, which owns Nina Ricci, is supportive, though any nascent eco-mindedness at the house is the result of Copping’s personal initiative. He attended the CFS again last month, noting an impressive turnout of Kering executives, if a shortage of designers. “I think it has to start with us,” he said. “I don’t profess to be really majorly into [sustainability], but if I see there are things I can incorporate into the line….”

Conscientious production is but one of Copping and the company’s efforts to stay of-the-moment. He’s overseeing a redesign of the iconic fragrance L’Air du Temps bottle in white porcelain to be released in 2015 with a collaborative installation by Claire Morgan at Galerie Karsten Greve in Paris. It’s the first time Copping has been involved in the fragrance side of things, and the first time the classic bottle’s design has been tweaked, but for a minor change. “Actually, it’s got a plastic stopper now,” said Copping.

Then there’s the importance of social media, which can’t be ignored. Nina Ricci has partnered with Leandra Medine of The Man Repeller on a limited-edition collaboration of the Marche handbag, launching May 19, to be sold in the Avenue Montaigne store and exclusively on Net-a-porter. “I like bloggers that have a brain and are kind of clued up and intelligent because some of them are rewriting a lot and not saying anything,” says Copping. “[Medine] has a point of view. She’s a fan of the clothes and I like how she wears them.” He’s also quite fond of Pinterest, which has opened up a new world in terms of photo research access. Likewise Instagram: “It doesn’t interest me to see pictures of people’s friends,” says Copping. “I like when you can discover where someone’s head is, what they’re into and what they’ve seen.” To see it through Copping’s eyes, follow @peterricci.