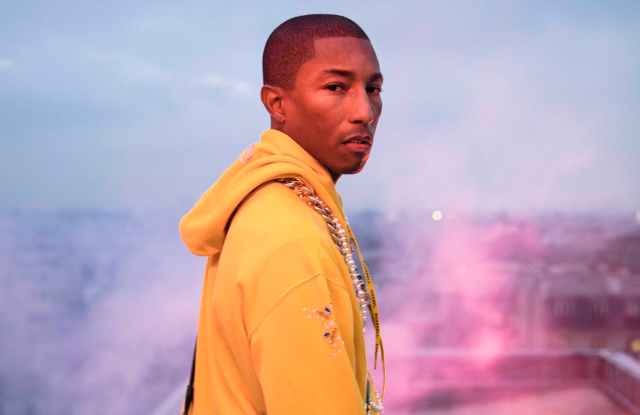 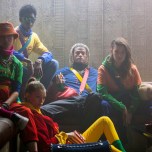 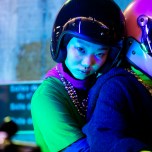 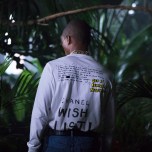 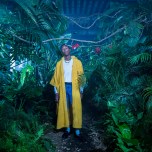 PARIS — Pharrell Williams has been a Chanel model, film star, composer and brand ambassador. This week, he will make his debut in his new role as codesigner of a capsule collection with the French luxury brand that is set to bow exclusively on Thursday at the opening of Chanel’s first flagship boutique in Seoul.

To mark the launch, Williams has stepped in front of the camera again for a short film featuring a gang of women and men on a nocturnal road trip, dressed in the rainbow outfits of the Chanel-Pharrell collection — think sweatshirts with embroidered graffiti, terry-cloth bucket hats and oodles of rhinestone jewelry.

In behind-the-scenes footage shared exclusively with WWD, the multihyphenate explained the process that brought him together with the late Karl Lagerfeld, Chanel’s creative director for 36 years, starting with their sneaker launch at the now-defunct Paris concept store Colette in 2017.

“This campaign and this film are about a capsule collection, something that they’ve never done in the history of the brand. They do that not with a designer, but with a musician with ambition and dreams,” Williams said.

The “Happy” singer, who has received 12 Grammy Awards and heads the multimedia collective I Am Other, was previously one of the ambassadors of Chanel’s Gabrielle handbag, has walked in its runway shows, and appeared in a movie directed by Lagerfeld, for which he wrote an original song.

An early proponent of gender-fluid dressing, Williams likes to wear Chanel pearls with everything from a tuxedo to a yellow hoodie. The Chanel-Pharrell collection channels the same energy, rooted in founder Gabrielle “Coco” Chanel’s early habit of borrowing from men’s wardrobes.

Lagerfeld regularly included a number of men’s looks, often modeled by his muses Baptiste Giabiconi and Brad Kroenig, in his runway shows, although the brand has never marketed a unisex or men’s offer.

“But they’re not afraid of these things. Just like she wasn’t afraid. There don’t need to be boundaries. As long as you can hold on to the heritage, and continue to push it, like Karl always does, we don’t need walls — we need bridges,” he added.

The capsule line, which will launch from April 4 in selected Chanel boutiques worldwide, consists of some 40 references, including 10 pieces of ready-to-wear such as short and long robes and color-blocked T-shirts, as well as costume jewelry, sneakers, loafers, mules, sunglasses, hip packs and oversize shoppers.

In the video, Aighewi displays the handwritten message on a pair of white sneakers with mismatched laces: “I like this part where it says ‘Women will save the world.’” Yai, meanwhile, provides a close-up of a chain bracelet with a logo that combines the Chanel and Pharrell names, which appears throughout the collection.

In the spirit of street art, Williams played around with the brand’s double-C logo, as well as its Coco and No.5 emblems. “Five has always been Coco’s number. You know, the famous number five. Five is the number for men. It’s also the date of my birthday,” said the rapper, who will turn 46 on April 5.

On the back of a long-sleeve T-shirt, he printed a handwritten story about a bet he once made with a friend who predicted a future collaboration with Chanel.

“At that time, gender fluidity and these things addressing gender weren’t as loud and pronounced as they are now. I was just doing it because it was just the way I felt,” he recalled. “I lost the bet. It was a bet that I’ve been happy to lose.”