The company plans to show the Philipp Plein women's and men's collection during New York Fashion Week in February. 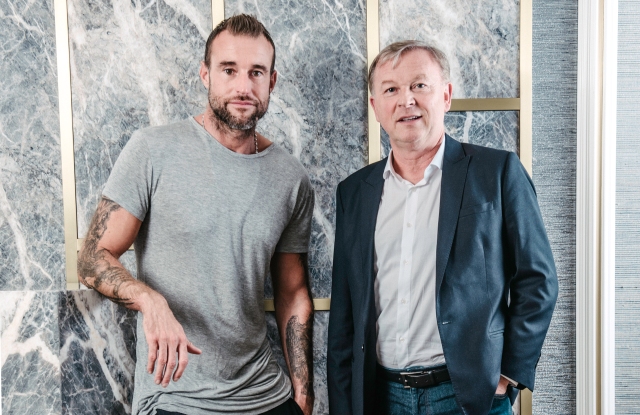 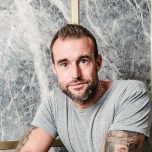 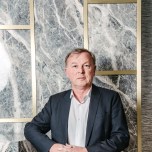 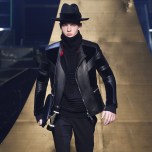 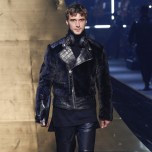 NEW YORK — Philipp Plein, the luxury sportswear firm known for its bejeweled leather and crystal-studded knits, is fast approaching $250 million in global sales. But one goal has eluded the company: Cracking the U.S. market.

Last January, Philipp Plein, the 38-year-old German owner and designer of the Lugano, Switzerland-based firm, hired Graziano de Boni as president and chief executive officer of Philipp Plein for the Americas and appointed him to the board of the Swiss parent company. De Boni’s role is to spearhead U.S. expansion.

In addition to opening more Philipp Plein stores across the U.S., the company plans to show the women’s and men’s Philipp Plein collection during New York Fashion Week in February for the first time and launch a women’s luxury activewear line called Plein Sport this month in Milan (a men’s Plein Sport collection was introduced this past summer).

Having developed a reputation for his over-the-top, elaborate fashion shows in Milan, Plein has remained somewhat of a fashion outsider. His business, which was initially cultivated in Asia, Russia and Eastern Europe, has been on a strong trajectory. By yearend, Plein will have 107 directly owned and franchised boutiques internationally, including five freestanding stores in the U.S. He has stores in New York, Los Angeles, Atlanta and Miami.

Plein has also recently acquired a majority stake in the men’s classic brand Billionaire, which has 20 stores and generates about $28 million in sales. Plein looks to bring that company to the next level and restructure the brand’s distribution.

This isn’t Plein’s first stab at the U.S. market, but a previous attempt didn’t get too far. “Coming to America is a challenge for most of the European brands,” said Plein, who was interviewed with de Boni at the designer’s Manhattan townhouse on the Upper East Side.

“We are entering a market that isn’t hungry anymore to consume. The market is saturated. It’s not like China and Russia and other markets, where people are still hungry to consume. It’s much more difficult,” said Plein, noting it’s particularly difficult for European brands when they’re an independent label.

While Plein has been successful in building his company in Europe and Asia — Asia is the number-one market, followed by Russia-Eastern Europe — he feels one can’t ignore such an important market as the U.S. In his previous attempt to crack the market, Plein would take a booth at trade shows and stores would place orders.

“I came here with my luggage, exhibited in a booth and flew back after and had to deal with people in different time zones, calling them for the down payments. They didn’t want to wire the money to Europe. If you don’t have an entity here, or you don’t have a company here, or an organization here, it’s so difficult,” said Plein.

Two years ago, he set up an office in a penthouse at 4 West 58th Street. He sent a young man from Europe to New York. “He couldn’t develop anything. It was his first time in America. He didn’t know anybody,” said Plein. That’s why he found de Boni. “We need someone to help us build the brand. We have money to invest, but we don’t have money to lose,” he said.

“When you control your own retail, you control your own market,” said Plein, who isn’t interested in opening department store accounts. The reason is because they make you sign contracts that are as big as the Yellow Pages, he said. “If you have the wrong packaging, you pay a felony,” said Plein. Or if you’re a day late, you’re penalized. “If they go on sale tomorrow, all your stores have to go on sale too. It’s modern slavery. I don’t want to be part of it.”

A major part of de Boni’s role is to find attractive real estate around the country. De Boni has already secured space in the Houston Galleria and Ala Moana in Hawaii. The plan is to open up to 20 Philipp Plein stores in the U.S. in the next three years, as well as 10 stores between Canada (company owned) and Central and South America (franchised stores).

The brand will open a freestanding store in King of Prussia, Pa., in December, which follows the opening of a unit in Atlanta in September. Two years ago, it opened stores on Madison Avenue, Rodeo Drive and in Aventura, Fla.

Plein said he offers a collection that’s different from anything in the luxury market. “You have to make sure your product is so different than other products that you have a reason to exist. Why should people spend money on you since you’re not a [well-known] brand and you’re not famous?” he asked. He said he has discovered a way to stand out from the crowd. “We created a niche for ourselves to be different and strong and to have a fun product,” he said. For example, he will take a cashmere sweater and write in Swarovski crystals, “Kiss My Butt.”

“We have a product that is completely out of the competition. This made us become so successful and independent and helps us in times like this when everyone is complaining. We’re growing. We’re over 25 percent up compared to last year and we have over 90 stores,” said Plein.

“I’m not Gucci or Kering Group. I can’t have huge stores. I go to locations where I can make money,” said Plein. He believes in getting the best locations he can. “That’s why I will open in Bond Street [next month] and opened in Via Montenapoleone. When you have a great location, you don’t pay for advertising,” he said.

Earlier this year, Plein had an epiphany while flying to Los Angeles. He was reading a business magazine about the Fortune 500 companies and realized that the top apparel-textile firms on the list were Nike, which does $30 billion in sales, and Adidas, which does $25 billion. “I was thinking whoever goes into active sportswear is making money right now,” said the designer.

The trend right now seems to be active sportswear, but in his view no one is making a luxury active sportswear line that can be worn to the gym. As a result, he developed the Plein Sport men’s wear line, and plans to introduce women’s this month.

“We did over 10 million euros [in men’s] from scratch,” he said. Plein is opening three stores in December in Milan, Paris and Amsterdam which resemble gyms. In addition, 20 to 25 more Plein Sport stores will open in the next few months worldwide. The company is also looking to open Plein Sport stores in New York and Los Angeles.

In another development, Plein intends to show his luxury label, Philipp Plein, on the New York runway in February. Asked why he plans to show in the U.S., he said, “In Milan, I reached everything I wanted to do. When you’re at your peak, you have to stop and do something else. America needs a push. We need to support our expansion here. I have a great captain on board.”

That said, Plein believes that fashion shows “are a huge waste of money for everyone.” Therefore, he said, he really needs to see the value in it. “The only value is to say thank you to my clients for their support. That’s why we’re coming to New York to thank our clients,” said Plein, adding he didn’t want to divulge too many details about the New York show.

Sixty percent of Plein’s business is men’s, and 40 percent is women’s worldwide. “The men’s is a little stronger. The Asians are buying more men’s,” he said. For women, the strongest-selling items are the leather jackets, and the brand has almost sold out of furs. “The strength is expensive, special items. They’re show stoppers and fun pieces. I’m not a basic guy. Everybody’s into minimalism, but with minimalism, you can’t make money,” he added.

“The trend is moving toward a maximalism period,” predicted de Boni, who said the collection is aimed at confident customers who are not afraid of wearing fashion.

Plein said he and his team design every piece, and he travels with his designers to New York, Milan and Los Angeles. There are no licensees.

“I don’t have a background in fashion or interior design. I had an entrepreneurial spirit in the beginning,” said Plein, who was born in Munich. He originally went to law school but started making exclusive furnishings in steel and leather initially for family and friends in 1998, which eventually became a full-time profession. He then gave up law school. His involvement in leather led him to experiment with leather garments and accessories and he launched his own fashion brand in 2004.

Plein owns his business outright. He has no partners, no investors and no banks breathing down his back. He builds everything out of the cash flow the company has generated, he said.