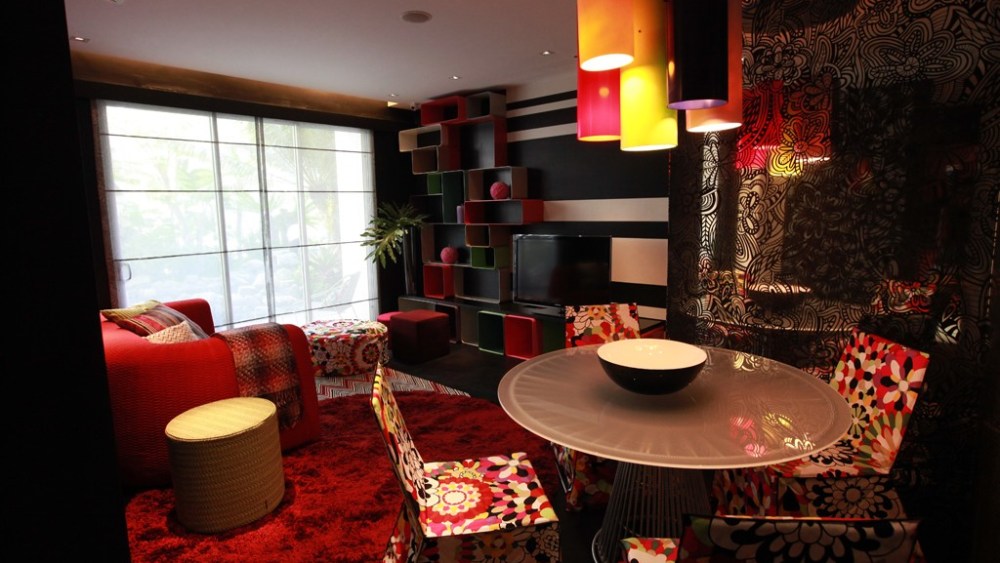 SINGAPORE — Philippine real estate firm Century Properties Inc., which is developing fashion-branded luxury residences with Missoni and Versace, said it has other similar projects in the pipeline for Manila.

“We have signed but not announced a few other [deals],” Robbie Antonio, a managing director at Century Properties, said in an interview. He declined to identify the brands concerned. “When we do announce [in Fall 2012], we will have the most fashion branded projects under one developer in the world.”

Antonio’s claim, for which no official benchmarks are available, might initially seem outlandish. According to figures from the World Bank, GDP per capita in the Southeast Asian nation, adjusted for purchasing power parity, was $2,140 in 2010. This is significantly lower than numbers for neighbors like Singapore or Hong Kong. According to Antonio, luxury condominiums in Manila, the capital, cost less than a quarter as much as similar properties in those two wealthy Asian cities.

Still, Century Properties has persuaded several prominent names to make their Asian interior design debuts in Manila. The company is behind the Trump Tower Manila and a Paris Hilton-branded beach club in the heart of the city.

A year ago, the real estate developer announced a partnership with Missoni Home on Acqua Livingstone, one of six tower blocks in a Century Properties estate. The 642-unit Acqua Livingstone marks the first time the fashion house has worked on a residential building, having previously focused its interior design efforts on hotels in Scotland and Kuwait. Prices at Acqua Livingstone begin at $82,000 per unit. The condominium has seen a sell-through rate of about 67 percent, Antonio said.

In 2010, the company also commissioned Versace to work on the interiors of Milano Residences, a 53-story apartment block that is Versace’s second residential project. Antonio said that Donatella Versace would be overseeing the Milano Residences’ designs. Anotonio said over 80 percent of the 340 units, which begin at about $110,000, have been sold.

Century Properties has also announced that it will be working with Yoo, an interior design firm founded by Philippe Starck, but further details have not been disclosed.

For the Versace and Missoni residences, which are slated for completion in 2015, the respective labels will also work on designing public spaces such as the lift lobby and gym, which will be furnished with branded accessories. Versace also offers custom design services, such as tiling and designer furniture, for individual units.

Antonio admits that it was hard to persuade the two brands to come to the Philippines. “We had to explain why Manila over say, Singapore, and to explain the economics of the Philippines,” he said. The Milano Residences collaboration came after an earlier attempt to work with Versace did not come into fruition.

Antonio said that it became easier to persuade other fashion brands to sign on after the Versace collaboration. “Versace was tougher as it was the first,” he said. “Missoni saw several branded residences announced [in Asia] by that time already.”

Fashion-branded residences seem to be taking off in Asia. Earlier this year, Hermès debuted its first apartment in Singapore.

Antonio’s previous success in the United States may have help convince the two labels to enter the Philippines. In 2005, he founded Century Properties’ international arm and partnered with I.M. Pei to build the Centurion, a condominium in midtown Manhattan. Over 70 percent of units there have been sold.

The Philippines has recently been riding an economic wave. The country’s economy grew by 7.3 percent in 2010, a 35-year-high, and was followed by 4.9 percent growth last year. In June, Moody’s raised the country’s predicted growth rate to 4.7 percent.

The firm is targeting overseas Filipinos, whose high remittance rates power much consumer spending in the country, as well as expats. But Antonio said he is looking for wealthier local consumers too.

“There’s been phenomenal growth and we expect to be seizing opportunities accordingly,” he said. “If you buy one of these [properties with] a fashion label, it signals to your peers that you think and live differently.”