The key word for the designer this year is expansion, starting with a move last week to a sprawling 23,000-square-foot corporate space in TriBeCa. 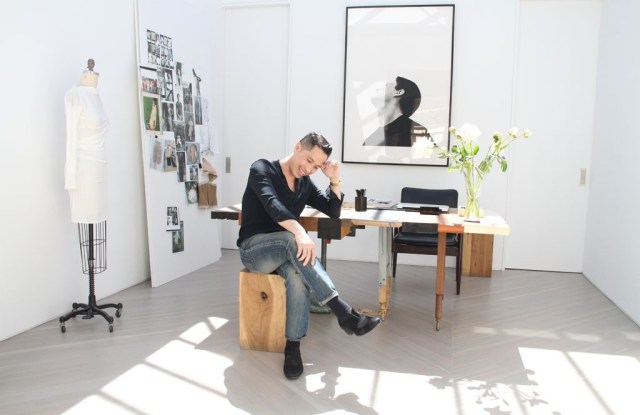 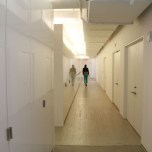 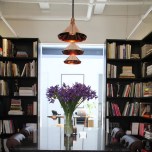 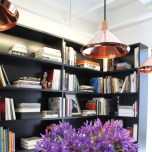 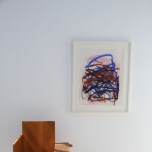 NEW YORK — The key word for Phillip Lim in 2012 is expansion, starting with a move last week to a sprawling 23,000-square-foot corporate space here on Hudson Street in TriBeCa, and continuing with a new e-commerce Web site launching today.

That’s not all. The designer and his chief executive officer, Wen Zhou, with whom he co-founded the 3.1 Phillip Lim label in 2004 when both were age 31, also have a new retail focus — in China.

Lim and Zhou said the plan by the end of 2016 is to open 15 more stores in the country, where the brand currently has one boutique, in Hong Kong. This means the fashion firm — with freestanding stores in New York, Los Angeles, Tokyo, Singapore and Seoul — will grow its store count by three-and-a-half times. Two more freestanding doors are slated to open in Hong Kong by the end of the year, two each in Shanghai and Beijing in 2013 and a total of 11 stores throughout Mainland China in the next five years.

China is the fastest-growing region for the brand, and the third-largest portion of its overall revenues after the U.S. and Japan, according to Zhou, who said that by 2015 China will become the second-largest market in terms of sales and could even potentially surpass the U.S.

“There is a voracious appetite in that market for the product we have — [which is] subtle and elegant — a parallel to the value system of Asian culture,” Lim told WWD, sitting at his custom-made “endless desk,” a 7-foot piece of furniture created by Tyler Hayes at handmade furniture company BDDW, which the designer likens to a patchwork quilt because each square foot of it was made by one of seven artisans.

Of his Chinese customer, Lim continued, “They respect and desire design, but the ones that gravitate towards our clothes love a type of elegance and modesty. It’s how they live their lives; they don’t have to shout. It’s a sophisticated and confident way of carrying oneself. Also being of Chinese descent, it’s like they root for you. They are proud.”

Zhou said the company’s revenues hit the $60 million mark in 2011, and she is sure this will double in the next five years. In fact, the two have seen double-digit year-on-year growth since the company’s inception, even during the global recession of 2008.

Even with the growth, there is one thing Lim and Zhou want to make clear: They value their independence. The company has been entirely self-funded by the two since the beginning. There are no private investors, backers or any third parties with a stake in the brand, and Lim and Zhou aren’t looking for any at the moment.

“Independence means no pressure or timetables. We make whatever is in our means and we feel that people need. It’s as simple as that,” Lim said. “We’re fluid and buoyant — it doesn’t take a month of approvals to OK a move.”

When asked if an initial public offering looms in the future, Zhou replies, “I love that question. Independence works for us, and it’s a little too early to take on investors. At this point we’re organically growing, but we would never say never.”

Still, in what’s sure to be a long process of settling into the new headquarters designed by Leong Leong (the same architects who worked on Lim’s stores), including the moving of thousands of books to the library portion of the designer’s two-room office, Lim said he and Zhou have been strategic about the brand’s expansion. He favors steady growth where the duo is able to set the pace.

Part of Lim’s growth over the last year has been fueled by his accessories, where revenues have expanded exponentially. From the fall 2011 season, which saw the brand’s first official standalone footwear and handbag collection, to the upcoming fall 2012 season, Zhou said there has been a 275 percent increase in sales. From 2011 to 2012, accessories went from bringing in $3 million in wholesale sales to $7.5 million — which translates to almost $20 million at retail.

Zhou and Lim are keen on the idea that the brand they’ve built embodies the term “modern luxury,” after deciding that it was neither high contemporary nor entry designer, and the chicly constructed shoes and handbags Lim designs fits in with this. The Pashli and the 31 Hour bags — both strong performers at retail — range in price from about $795 to $850, while shoes retail from $275 for espadrilles to $795 for an evening shoe, with pumps going from $475 to $575.

“We want to maintain our price point. [Accessories] are still new for us and we don’t want to grow it too aggressively. There always needs to be a sound foundation,” Zhou said, adding that the company likes to limit retail distribution to a certain extent.

Today’s launch of Lim’s new digital flagship with e-commerce and social media at 31philliplim.com should stimulate further growth. Developed by one-and-a-half-year-old digital agency King & Partners (started by Tony King, co-founder and former chief creative officer of Createthe Group), the site has a minimalist, almost austere look. The sleek white background puts the focus on the product, although there are whimsical extras, such as a virtual dressing room curated by Lim that gives customers suggestions of what to purchase and “Phillip’s world,” which will contain a blog the designer will write.

“It’s the hardest-working store we have; it’s 24-7. It seamlessly merges the brand experience and e-commerce,” Zhou said. “It’s [also] the only store you can get really detailed information about your client. You can be really granular about this data, and learn when they are shopping, where they are from and how old they are.”