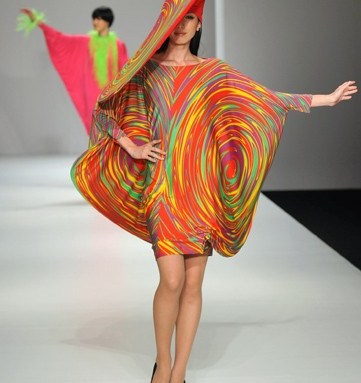 Cardin, dressed in a navy double-breasted suit, reminisced about his early experiences in the Japanese capital, while also offering up advice and anecdotes to members of the press. “Age doesn’t matter,” the 88-year-old designer said, “as long as the thought process doesn’t change.”

Cardin also took advantage of the occasion to launch a missive at his fashion world of today. “There are so many designers, but they’re just copying things. Copies are not creations, even if they are very beautiful and refined,” he said, lamenting a lack of new ideas in the industry.

“You have a lot of designers that are crazy,” he said. “They make [things that are] interesting for the eyes, but that is not fashion for tomorrow. For me, after 65 years you can [still] see my fashions. That is the difference,” he quipped.

The event was organized with Takashimaya, which obtained the trademark for Pierre Cardin in Japan in 1997. The establishment of Pierre Cardin Japan was the retailer’s first experience with a joint venture.