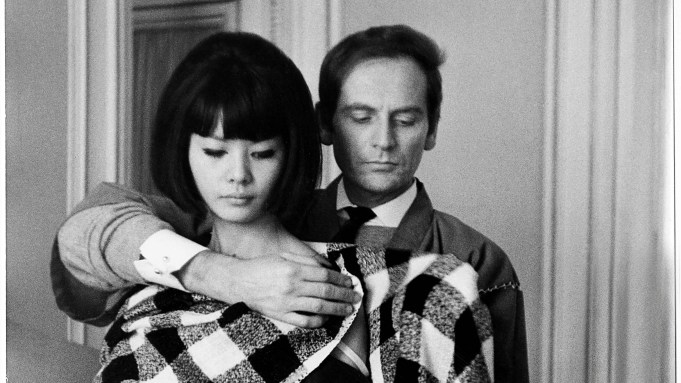 Coinciding with the 100th anniversary of Pierre Cardin’s birth, a new book sheds light on the late couturier’s early years leading up to the 1964 launch of his revolutionary Space Age collection dubbed Cosmocorps.

Author Jean-Pascal Hesse, the designer’s long-term head of communications, has unearthed a trove of rare documents and photographs for the volume, titled “Pierre Cardin: Mode Mythe Modernité,” or “Pierre Cardin: Fashion, Myth, Modernity,” scheduled to be published in French by Flammarion on Sept. 21.

The book features a foreword by Jean Paul Gaultier, who famously started his career at Cardin’s studio, and the cover photograph — showing model Celia Hammond in a cloud-like pink hat and pleated pink coat reflected in a mirror — is a 1962 image by British photographer Norman Parkinson.

Inside are scores of images by Roland de Vassal, who documented Cardin’s early years in haute couture, including the invention of the bubble dress, leading up to the launch of his ready-to-wear line in 1963.

Pierre Pelegry, another close Cardin collaborator who heads the restaurant Maxim’s, sourced images by Japanese photographer Yoshi Takata, who met Cardin in 1954 and invited him to teach a cutting class at Bunka Fashion College in Tokyo in 1957, marking the first step of a long artistic and commercial collaboration between Cardin and Takata.

It was thanks to Takata that Cardin was introduced to his muse Hiroko Matsumoto, the first Japanese model of French couture.

Hesse has written two previous monographs on Cardin, published in 2010 and 2017, but decided to move away from the coffee table book format this time. The handy tome explores what influenced Cardin’s designs in the ’50s and ’60s, based on the personal recollections of the designer and his close circle.

Cardin’s creations were worn by style icons including Jackie Kennedy, Lauren Bacall and Jeanne Moreau. Together with Paco Rabanne and André Courrèges, he ushered in futuristic creations using materials like PVC that continue to influence designers today. Cardin went on to build a global empire thanks to the widespread use of licensing, before dying in 2020 at the age of 98.

The 256-page book will retail for 49.90 euros. Hesse has also written books about Maxim’s; Cardin’s Palais Bulles residence on the French Riviera; the designer’s now-shuttered Théâtre des Ambassadeurs in Paris; the Marquis de Sade, whose castle in the village of Lacoste was acquired by Cardin in 2001, and destinations including Provence and Capri.