The fashion label has started a repositioning that involves multiple facets of the company. 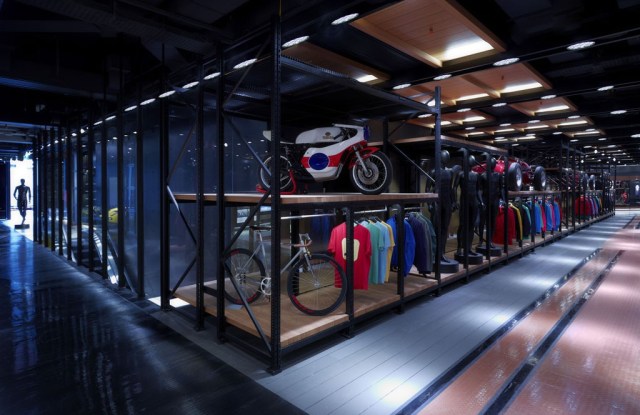 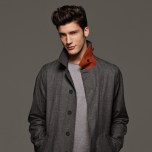 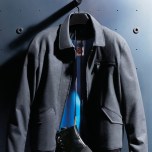 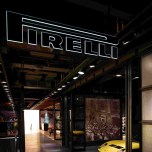 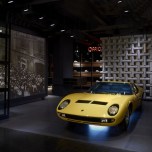 MILAN — Pirelli PZero is mining its roots for a relaunch of the brand.

Founded in 2002 by Italy-based tire manufacturer Pirelli, the fashion label has started a repositioning that involves both the design and commercial sides of the company.

“We are working to quickly reinforce our internal organization to be able to control the entire production chain,” said chief executive officer Marco Giani, who joined the company in November. “To reach this goal, we are developing an in-house design team, along with other departments, such as product development, production and operations.”

On the fashion side, creative director Renato Montagner injected a new spin into the Pirelli PZero 2012-2013 collections, which drop their sporty connotations to focus more on urban and sophisticated looks.

“We are approaching technology in a more relaxed way, and from an emotional point of view,” Montagner said. “We aim to deliver pieces that are contemporary in use, but that are tied to traditional Italian elegance. We don’t want to do hyper-technical sportswear or futuristic ready-to-wear, but we want to reinterpret iconic pieces made to fit our everyday life.”

Designed to reach high quality standards and guarantee top performance, the Pirelli PZero winter collection, which is focused on outerwear, features references to a number of styles first offered in the Sixties by Pirelli Confezioni. Founded in 1960, the company’s former fashion branch used to produce trenches, coats and waterproof jackets.

Today’s lineup combines sartorial and high-tech elements. A classic Prince of Wales trench, for example, is lined with an advanced fabric that makes it warm yet soft and light. It will retail for 710 euros, or $940 at a current exchange rate. A zipped jacket features padding that provides different warmth to different body parts. The collection also includes T-shirts decorated with vintage Seventies Pirelli advertising campaigns, oversize sweaters and a range of pants, from sprayed jeans to cargoes and chinos.

As for shoes, Pirelli PZero introduced a “bespoke” line, consisting of casual styles realized with the same techniques used by traditional shoemakers. Sneakers and high-tops, with prices ranging from 290 euros, or $383, to 380 euros, or $502, unconventionally show leather soles featuring rubber details to improve the grip.

To boost the expansion of the brand and mark its new course, last September Pirelli PZero opened its first flagship store in the heart of Milan, on Corso Venezia.

Designed by Montagner, the two-story, 16,146-square-foot space features a supertechnological concept, which includes robots for warehouse automation and advanced LED lighting, which cuts 57 percent of energy consumption. In line with the company’s core business, the store’s entrance is decorated with a rubber carpet, while a Maserati 250F car, which raced Formula 1 World Championships from 1954 to 1960, guides the customers into a gallery of pictures and documents from the Pirelli archives.

The store carries all the Pirelli PZero men’s, women’s and kids’ collections, along with special projects, such as the bags and hats produced in collaboration with Valextra and Borsalino, respectively.

“We are very selective regarding the collaborations we do with other companies, because we aim to be considered a ‘top performer’ in the fashion industry,” Montagner said. “Considering each collaboration as a new chapter of our history, we don’t want to do capsule collections that are interesting only from a commercial point of view, but we want to joint venture with labels that can enrich our know-how.”

For next winter, Pirelli PZero teamed with Burton to create snowboard boots with a sole that will feature the traditional Pirelli tire-tread motif. The boots will retail at 335 euros, or $441.

Giani said he was “satisfied with the performance of the store in these first months,” although he said results “have been surely impacted by the difficulties of the economy, in particular in the national market. The last quarter of 2011 has been particularly difficult at retail, especially in Italy, and I think that the trend will continue in the first quarter of 2012.”

Despite the uncertainty of the global scenario, Giani is projecting that the store will have revenues of more than 3.5 million euros, or $4.6 million, in 2012.

Looking ahead, the company is hoping to add more retail doors around the world. “We are considering the possibilities of unveiling new stores starting from 2013, in particular in those markets where the Pirelli brand is incredibly popular, such as South America, Russia and Asia,” Giani said.

The wholesale channel remains crucial for the company, which currently counts 400 points of sale worldwide for shoes, along with 100 doors for its apparel collections.

“We are focused on selective distribution, and we aim to sign partnership deals to open shops-in-shop, corners and dedicated areas inside stores, which are strategic for the positioning of the brand,” said Giani, who also revealed the company’s goal to increase its wholesale penetration to 700 doors for shoes and 400 for fashion.

To complete the presence of the brand on the global market, Pirelli PZero is also planning to launch an international online store before the end of the year.