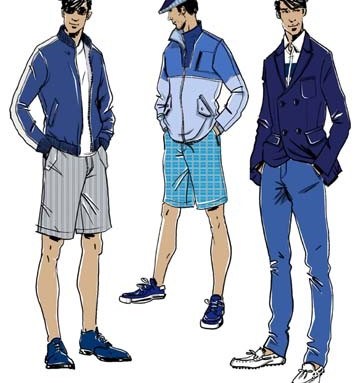 PARIS — Strengthened by tailwinds from emerging markets such as China and Brazil and powered by robust performances across many categories, key European men’s wear vendors have hoisted their sails back up to precrisis levels.

Despite a rise in raw material prices and a weakened dollar, manufacturers remain upbeat, hopeful the renewed interest in luxury sales will overshadow the inevitable increase in prices.

On the eve of the showing of their spring 2012 collections at Europe’s largest men’s trade fair, Pitti Immagine Uomo, which kicks off on Tuesday, followed by the men’s wear shows in Milan and Paris, a number of brands are forecasting double-digit growth for 2011.

“The results achieved in the year of our centennial [2010], in terms of sales, margins, net financial position and capital investments, make us even stronger and more determined than we were before the economic crisis that profoundly changed the world,” said Gildo Zegna, chief executive officer of Ermenegildo Zegna Group, which in the first quarter of 2011 posted growth at an average rate of over 20 percent at constant exchange rates, despite a drop in sales in Japan. The group hit the $1 billion sales mark in 2010 and more than tripled its net profit versus 2009.

Zegna said the group plans to expand its accessories offering, which currently accounts for 20 percent of sales, improve distribution of fragrances, and develop new product lines. The Estée Lauder Cos. Inc. in March acquired the worldwide fragrance license of the Ermenegildo Zegna Group from L’Oréal, obtaining exclusive global rights to market fragrances under the company’s brands, as well as develop new product lines in the grooming segment.

Canali also has seen a strong double-digit increase in all categories versus spring 2010. “There is more confidence; men are back in the stores,” said Giorgio Canali, vice president of Canali USA. “Men are buying suits again, looking for updated silhouettes and styles, in shirts and ties too, to freshen up their wardrobes.”

Tom Ott, senior vice president and general merchandise manager of men’s at Saks Fifth Avenue, said the biggest surprise for him has been the pace with which luxury has been picking up. The men’s business has been one of the retailer’s best-performing areas, with tailored clothing, high-end sportswear, shoes, accessories and the store’s private label men’s line among the bestsellers. Color and fashion continue to perform well, said Ott. “We see both dress-up and casual doing well.…Our major urban doors are really performing in dress-up looks while our more suburban and Southern doors are excelling in more casual looks.”

Philipp Wolff, senior vice president of global communications at Hugo Boss, said the brand’s offering at Pitti will reflect a return to more dapper dressing. “Men are wearing suits again. We’re moving from a kind of casual wave towards a revival of classic, quality [clothing],” he said. “People are paying more attention to fabrics and details; they want to be a bit more dressy, to stand out from the crowd.”

Brands and retailers agree consumers are proving increasingly discerning about quality and design. “Men want quality and will pay for it. The customer is more educated than ever and knows product and quality,” said Saks Fifth Avenue’s Ott, adding that for spring 2012 he hopes to see “real luxury” from European designers. “With prices increasing, we need to rely on their creative skills to make a strong fashion proposition for luxury goods.” Barrett noted consumers are looking for more designed items, saying: “The more original the item, the better the sale for us.”

Speaking of a recent business trip to Brazil, Francesco Pesci, ceo of Brioni said, “This booming market is definitely on our mind.” The brand plans to “very strictly” develop its retail network in China, he added, aiming to grow the total number of strategic locations there to 15 from 11 in the next couple of years.

Brunello Cucinelli recently entered China, with stores in luxury malls in Dalian and Chengdu, and has openings planned for Shanghai and Beijing this fall. The brand’s namesake founder, who had a big role in the blurring boundaries between chic sportswear and tailored clothing, recently said he is toying with the idea of a stock market listing. The firm in 2010 posted a 28.4 percent sales increase to 202.9 million euros, or $292.9 million at average exchange rates.

Isaia, which has signed a deal to open five monobrand stores throughout South Korea in the next two years, plans to open 30 new stores in China in the next 10 years. The brand will debut a new sportswear/outerwear collection at Pitti Uomo, comprising five jacket models and four pant models, and has bulked up its knitwear and footwear lines for spring 2012.

Emerging markets account for 40 percent of the group’s sales, with China its most important market in terms of retail sales. Half of the brand’s planned 20 store openings for this year will be located in China. U.S. retail projects include the renewal of the lease for its Beverly Hills, Calif., boutique and openings in the King of Prussia mall in King of Prussia, Pa., and Short Hills, N.J., later this year.

Citing “exceptional” business in China, designer Neil Barrett said he plans to introduce his secondary line, BlackBarrett by Neil Barrett, there, before rolling it out to the rest of the world. Priced at around 40 percent less than the main line, BlackBarrett is already distributed in 38 stores in Japan. Barrett, who registered a 38 percent increase in total sales for the fall 2011 season, plans in September to open a landmark store in Hong Kong with Joyce.

Overall, executives said the recession pushed them to streamline the efficiency of their businesses at every level. “We are working hard to make our processes more efficient, not only in terms of costs but also more and more time-to-market,” said Brioni’s Pesci.

“It’s a real wake-up call on everything that you’re doing, from the cost of the supply chain to how you’re perceived by the consumer,” said Lance Isham, chairman and chief executive officer of casual-chic tailored men’s wear brand Façonnable, which is based in Nice in the south of France. The brand will operate two stands at Pitti, housing respectively Façonnable’s main line and a selection of summer essentials from its fledgling resort wear label, Azur. Isham said the brand plans to embark on a broad communication campaign over the coming months, including an “aggressive” social networking program.

Ongoing challenges for European brands, meanwhile, include the weakening dollar and volatile commodity prices. Having maintained prices for fall 2011, several brands, including Isaia and Canali, said for spring they plan to pass on some of the increases to clients. “Raw material costs continue to present our biggest challenge together with wage inflation in China, as it does for most of the rest of the trade,” said Mostyn Thomas, U.K. marketing director for Musto, which recently launched a men’s wear range in collaboration with design consultancy Joe Baker Design.

Traditionally a technical sailing brand, with 16 stand-alone retail locations in sailing destinations in the U.K., Musto recently opened a store in Marseilles and is planning openings in Paris later this year. The brand is focusing on growth through the men’s wear wholesale market, mainly in the U.K. and Italy.

“No one has any [fabric] stock anymore, they’re making fabric to order,” commented Barrett, adding that the increases on yarns has made designing a bit more of a balancing act. Many brands, including Lubiam, have been stocking up on fabrics in advance.

“It’s a choice that comes with risks but has proved a winning strategy, allowing us to respond in an efficient way to demand,” said the brand’s co-chief executive officer, Giovanni Bianchi. During Pitti Uomo, the company on June 14 will fete its 100th anniversary, with a cocktail party in the Limonaia Gardens at Villa Vittoria, showcasing a centenary-themed capsule collection.