The web site started in 2014 with eight emerging brands and now has 50 labels. 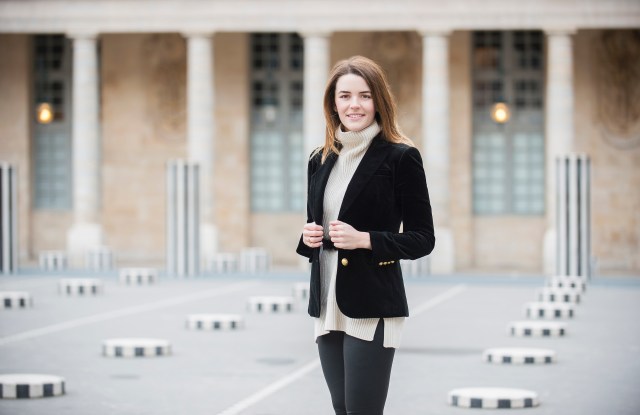 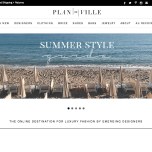 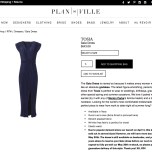 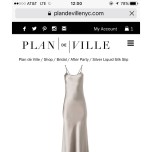 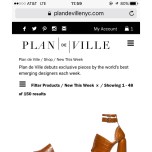 Plan de Ville, which helps emerging designers gain a foothold in the business, is on a growth track itself.

The web site, Plandevillenyc.com, was started by Catherine Smith in November 2014 with eight emerging brands. Today, she carries 50 labels.

A fashion stylist and writer, Smith began her career as an intern to Stefano Tonchi at W, worked at Yigal Azrouël and was assistant to the editor in chief at Brides. She got her start by pulling looks for fashion shoots. Many of those ideas came from Instagram, where she found young designers marketing themselves.

Every season there’s a new influx of new talent, and Smith said 95 percent of them are without a distribution strategy. She started the site for emerging luxury designers, with the intention of identifying and supporting them before their businesses take off. Since retailers are often unable to take a risk on a fledgling brand, Plan de Ville provides an online stockist for them to gain initial traction in the market. She began the business with several designers who were already her friends or she had worked with when she shot pieces for a story.

Plan de Ville curates seasonal selections of exclusive pieces that are chosen for their quality, fit, fabric and design perspective. The site also provides content, featuring one-on one interviews with the designers to introduce them to her audience, and detailed descriptions of the looks and the accessories that might go well with them.

After graduating from Loyola University Maryland, Smith earned her master’s of fashion studies at The New School’s Parsons School of Design. She started the company in the first semester at Parsons, carrying handbags and fine jewelry on the site. Last week, she got into Columbia University’s Executive MBA program, which she’ll begin in September, hoping to gain the skills necessary to scale the business.

Today, the site features mostly apparel, as well as handbags, jewelry and footwear. Smith buys everything — nothing is on consignment — and spends between $2,000 and $6,000 on an order. The average wholesale buy is $3,500 per designer per season, she said.

Offerings run the gamut from mini Odette earrings from Natasha Schweitzer ($275) and a silver liquid slipdress from Voz ($495) to an ivory halter tank from Brandon Maxwell ($695), an emerald Agatha marble clutch from L’Afshar ($1,250) and a Haus Alkire Dupont car coat ($2,150).

In 2016, Fashion Group International named her a Rising Star in Retail.

One criteria for carrying brands is they must be within their first five seasons. “I work closely with the designers, and there’s a bit of hand-holding,” she said. She said her company holds inventory and has a warehouse. “We take diamonds in the rough. We ship and want the customer experience to be on par with Net-a-porter and Neiman Marcus. In my first two years, I packed 98 percent of the orders,” she said.

Smith will carry three to six stockkeeping units from a designer each season, with an average of five units per style across sizes. She said her goal is to offer a wider range of sizes, but at the moment, due to limited resources, she focuses on carrying the sizes that her repeat customer data reflects.

Because she is working with emerging designers, who may not have merchandise elsewhere, she can hold pieces far longer before having to mark it down. She will have an Au Revoir sale eventually if it doesn’t sell.

The way she is building the business is through digital marketing, retargeted ads, e-mails and a network of stylists.

Smith noted that for the first two and a half years, she stayed behind the scenes, but now she’s raising her profile. “By putting myself out there, and engaging with the audience, I have higher sales,” she said. She will wear the looks and explain some of the products on Instagram Live.

As the business has grown, Smith continues to refine the buys and offer more sizes. “The core of my responsibility is to source well-made, beautiful and transitional pieces. I want women to come back,” she said. So far, she’s found that her number-one market is California, and she has a big contingent in New York and the East Coast, followed by Texas. She is financing the business herself.

To find new brands, Smith travels to trade shows such as Capsule in New York and Paris, as well as Tranoi, Woman, Edit and smaller multibrand showrooms that focus on emerging designers, chiefly in Paris. She said her site is designed to be mobile first. The site does weekly releases of new product.