By Luisa Zargani and Alessandra Turra
with contributions from Adriana Brasileiro
on January 5, 2013
View Slideshow 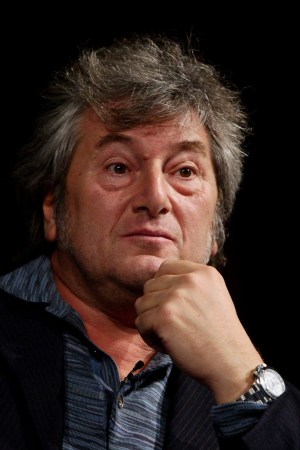 MILAN — While Venezuelan authorities are stepping up the effort to find the plane carrying Vittorio Missoni that went missing on Jan. 4, Italy’s La Stampa newspaper on Monday reported that Venezuelan pilot Enrique Rada saw the aircraft entering “an aggregation of clouds.”

Rada, who was flying a Cessna 402 nearby, said Missoni’s twin-engine Britten-Norman BN-2 Islander plane may have been “hit by a bolt of lightning.”

Another pilot, Piergiorgio Serloni, is quoted as describing the 72-year-old Rada as “one of the most expert and respected pilots in Los Roques,” and that “the information he received from the control tower, perhaps, may have been incorrect.”

La Stampa’s reporter in Caracas also spoke to the owner of La Gotera, the posada in Gran Roque, the main island of Los Roques, where Missoni  lodged with his life partner Maurizia Castiglioni. The hotel, a restructured fisherman’s house, is only reachable by plane and comprises five rooms directly facing the sea—a passion of Missoni’s.

According to Nestor Reverol, Venezuela’s minister for justice and home affairs, the plane containing Missoni, Castiglioni, two longtime friends and two crew members took off from Los Roques on Friday headed to the Simon Bolívar International Airport in Maiquetía, about 13 miles from downtown Caracas, and sent out its last signals about 10 nautical miles from Los Roques before disappearing.

Missoni and Castiglioni were vacationing in Venezuela with four Italian friends. The other two passengers on the missing plane are entrepreneur Guido Foresti and his wife, Elda Scalvenzi. Scalvenzi’s brother, Giuseppe, and his wife, Rosa Apostoli, didn’t take the same flight directed to Caracas because there was not enough room on the plane.

On Sunday afternoon, the Venezuelan government issued a statement saying that more than 385 people among search and rescue crews, police and civil protection workers are involved in the search efforts. One small plane and two helicopters are being used.

Venezuelan authorities had a meeting on Saturday with Vittorio Missoni’s brother Luca and members of the  Italian embassy in Caracas to inform them about the details of the efforts being made to find the aircraft, the statement also said.

While Missoni’s parents, and founders of the company, Ottavio and Rosita Missoni, remain at home in Sumirago, Italy, with their daughter Angela, waiting for news, the third generation of the tight-knit clan is turning to Twitter to keep the attention high and to seek help from the digital community.

On Sunday, Vittorio Missoni’s eldest son Ottavio Junior sent out a message reading “Please help us find my father!” The tweet also features a link to Vogue.it, where the editorial team posted a message asking those in Venezuela with any information to contact the Italian Ministry of Foreign Affairs by calling the Crisis Unit or e-mailing the Ministry at unita.crisi@esteri.it.

Angela Missoni’s daughter Margherita Maccapani is also using the popular social network to tweet articles regarding her uncle, while on Sunday night, Jennifer Missoni, daughter of Luca, wrote: “We pray. We believe. We won’t stop until we #findvittoriomissoni !!!!!.”