Poppy Delevingne’s Styling Tips Are Not Just About Clothes

The model and actress hosted the latest chapter of the “Miu Miu Select” project in Milan.

Poppy Delevingne at the "Miu Miu Select" event in Milan.

MILAN — Those who used to look up to English model and actress Poppy Delevingne’s personal style and find themselves wondering “What would Poppy wear?” in front of their wardrobe from time to time, got the answer to their fashion dilemma on Thursday chez Miu Miu in Milan.

The fashion label’s flagship in the city’s Golden Triangle hosted the latest chapter of the “Miu Miu Select” project, for which Delevingne served as talent.

Introduced in May, the initiative invites personalities close to the label to select their favorite ready-to-wear and accessories from the brand, celebrating each tie-up with exclusive in-store events in international locations.

“It’s such an honor, the fact that Miu Miu is interested in what pieces I like is just so exciting,” said a smiling Delevingne about the project. Currently filming the third season of the TV series “Riviera,” the actress touched down in Milan specifically for the event, before returning to London. “I just finished shooting the France segment [of Riviera] and I will be moving to Argentina for two months in January and February to finish it,” she revealed.

“I’ve always loved Miu Miu, for me it’s all about the fun, playful girl but also the strong, statement girl and it’s a brand that really resonates for me. They did make it very hard to only allow me 15 pieces to choose, but I hope I made a good selection and I hope everyone likes it,” she said, looking around to the crowd of guests attending the event, including VIP clients of the label, press and local influencers. 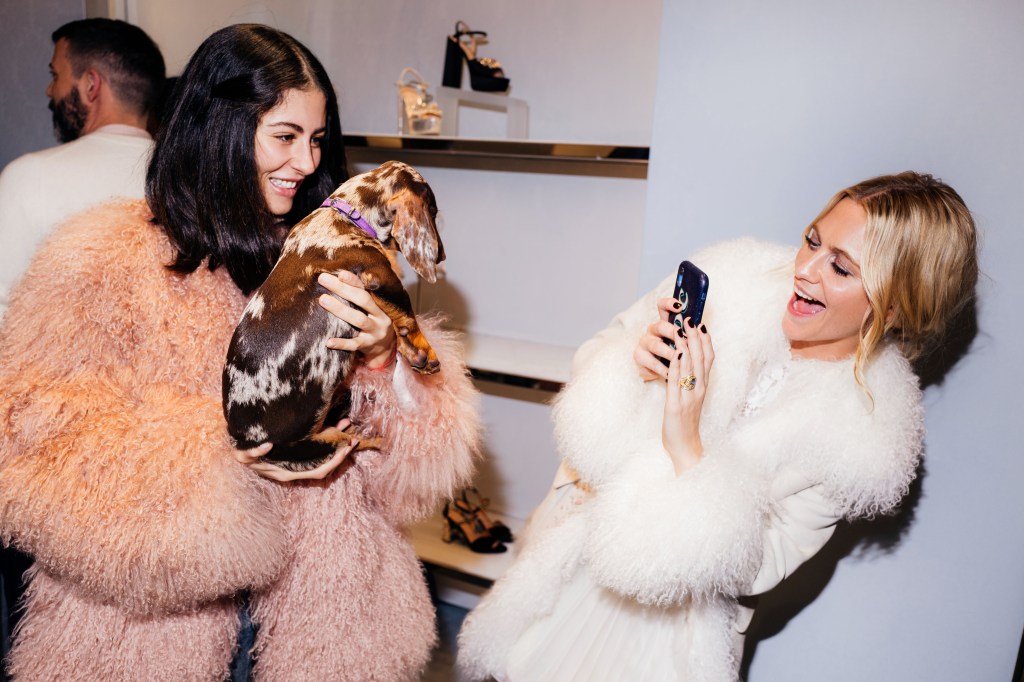 In between Champagne and Moscow Mule cocktail sips and chats with The Attico’s designers Giorgia Tordini and Gilda Ambrosio, Delevingne dispensed her top three styling tips to the guests.

“First of all, have confidence in whatever you do. If you wear something with a smile, even if it looks ridiculous, you can make it look good if you believe in it. I really truly believe in that. I also think another good tip is to dare to experiment, and that’s one of the things I like most about Miu Miu, the way they clash everything, from prints to textures and colors.”

For the third tip, Delevingne borrowed the words of another, experienced fashion icon. “I think it was Coco Chanel who said ‘When you walk out of the house take one thing off.’ There’s always something about over-accessorizing, overdoing it, so always take one thing off and you’ll survive.”

To a soundtrack provided by DJ Henri Bergman, guests browsed the edit Delevingne put together selecting pieces from Miu Miu’s resort 2020 collection. Showcased in a dedicated corner named after the project, the lineup comprised a richly embellished baby blue dress with contrasting balloon sleeves; a retro-looking number offered in a playful equestrian print depicting jockeys riding carts; a knit sprinkled with crystals on the shoulders and a blouse sporting a long Chelsea collar with delicate embroidery details to be styled with high-waisted pants offered in a mannish sartorial cloth.

Asked about how she came up with the ensembles, Delevingne explained she did a first selection in the morning, “then I went away for a few hours and the things that I missed, I came back and I swapped them.”

But Delevingne didn’t have second thoughts when she saw her favorite piece in the collection: a suede coat with floral embroideries and furry finishing that she also decided to wear to the launch event, layering it over a delicate white minidress and styling it with silver glittery ankle boots.

“This reminds me of Kate Hudson in ‘Almost Famous,’” she said while wrapping herself in the cozy number. “It’s pretty and all but there’s also something quite strong about it, and wild. I love that!”

An oversize, pearl-beaded pink cardigan, a crystal-hemmed yellow miniskirt and a couple of little black dresses additionally appeared in her edit, in which every piece carried a special tag dedicated to the project. 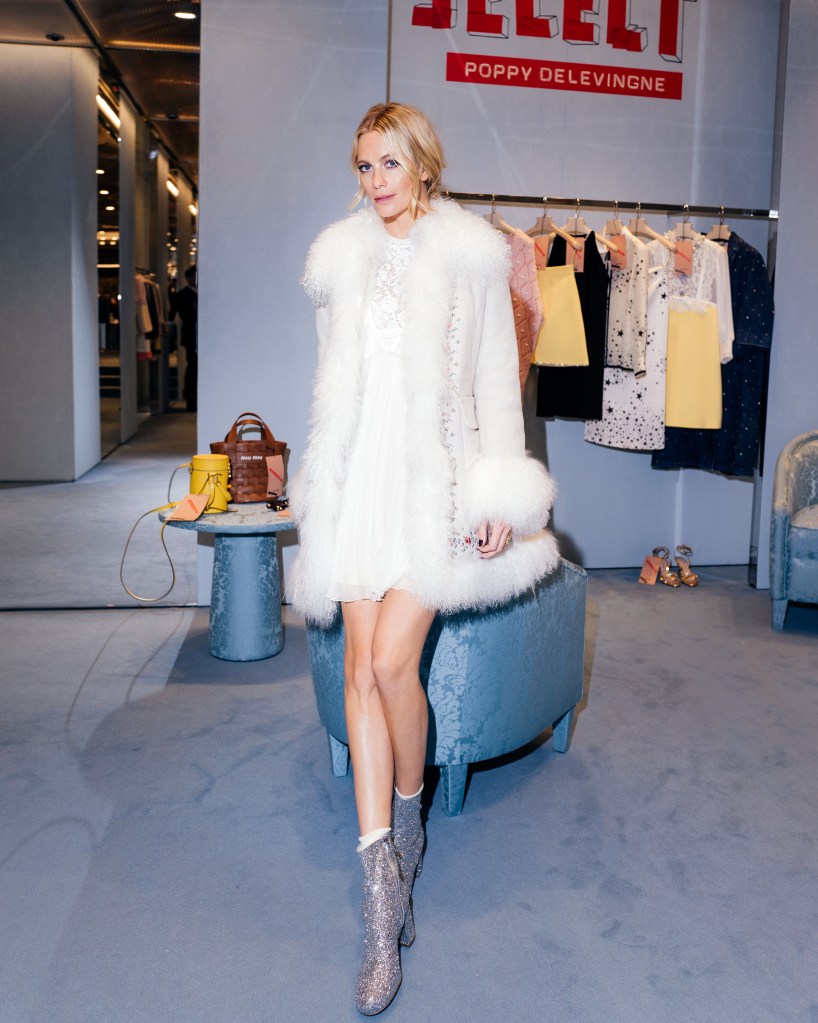 A further customization was offered to guests as Delevingne signed the labels destined to be hand-sewn into the purchased pieces before being handed to customers in specially designed boxes and shopping bags.

Available to purchase for a limited period of time ranging from one to two weeks, each “Miu Miu Select” wardrobe is developed with a different talent according to the location.

The project made its debut in New York and London, where corners with selections curated by Chloë Sevigny and Georgia May Jagger, respectively, appeared in Miu Miu stores. Moscow was pinned next on the Miu Miu globe map, as stylist and influencer Veronika Heilbrunner picked her favorite pieces out of the brand’s collection for local guests.

On Friday the concept will touch base in Tokyo with Alexa Chung serving as host, while on Nov. 25 it will be Lebanese-Australian model and TV host Jessica Kahawaty’s turn to pass out styling tips to customers in Dubai. Next up, events in Shanghai with Chinese teen idol Yang Chaoyue and in Paris with singer Clara Luciani will be staged on Dec. 4 and 9, respectively.