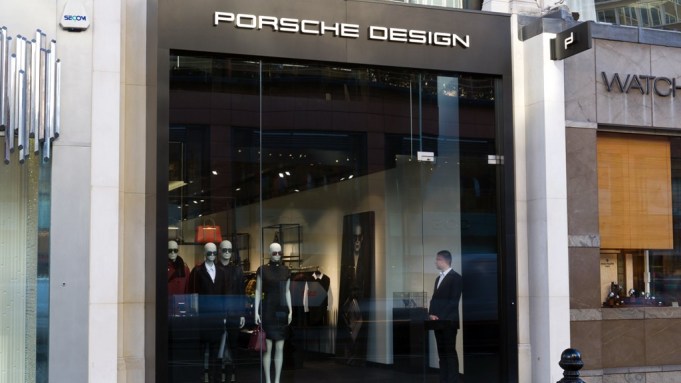 BERLIN — Porsche Design is on a retail roll.

The German luxury accessories and apparel brand opened 50 new Porsche Design doors in 2013, and plans to open about the same number in 2014.

Eight company-owned stores — including the 3,700-square-foot flagship on Brompton Road in London and new German stores in Düsseldorf and Stuttgart — bowed in 2013, as did 15 Travel Retail franchise doors in international airports such as Los Angeles, Hong Kong and London. Joined by another 27 franchise stores around the world, this brings the total number of Porsche Design stores up to 152, of which 31 are company-owned.

Next up is a Milan flagship on Via della Spiga that is slated to open this spring, another directly operated unit in Honolulu, and franchises in St. Petersburg, Shanghai and Istanbul.

“With the multitude of new stores, we are once again demonstrating the positive development in sales of our luxury brand,” stated Juergen Gessler, chief executive officer of the Porsche Design Group. Coming off a year of exuberant growth, with 2012 sales surging 45 percent to total 116.2 million euros, or $149.4 million, the Porsche Design Group is again expecting double-digit gains in 2013, driven by all of the group’s three business segments: Porsche Design, Porsche Driver’s Selection and the Porsche Design Studio.

The group will release 2013 figures within the next three weeks, but the first half of 2013 saw sales increase 20 percent to 75.5 million euros, or $99.2 million. All dollar figures are converted at an average exchange for the period in question.

“We had a huge plus in 2012, and so we are happy we can still grow at a double-digit pace,” noted company spokesman Christian Weiss. Last year saw particularly positive development in the luxury smartphone segment with the introduction of the Porsche Design Full-Touch P’9982 Smartphone from BlackBerry, as well as the continued expansion of the brand’s fashion and women’s handbag business.

Porsche Design’s new in-store design, installed in the recently opened London, Düsseldorf and Stuttgart doors and to be implemented in all new and many existing stores, specifically aims to support these growing categories. “The old stores are very purist and even cold, which is not the best setup for clothes, and there was really no space for the handbags” Weiss acknowledged.

“The new concept looks more like a fashion store,” he went on, with a new hanger system for apparel, a generally more intimate spatial feel, plus more mirrors “so men and women can try on jackets, and a special setup for women’s handbags. We will introduce a huge new [handbag] line this year,” he told WWD, with several of the newest styles to walk the New York runway at Porsche Design’s upcoming fall 2014 runway show in Manhattan on Sunday.