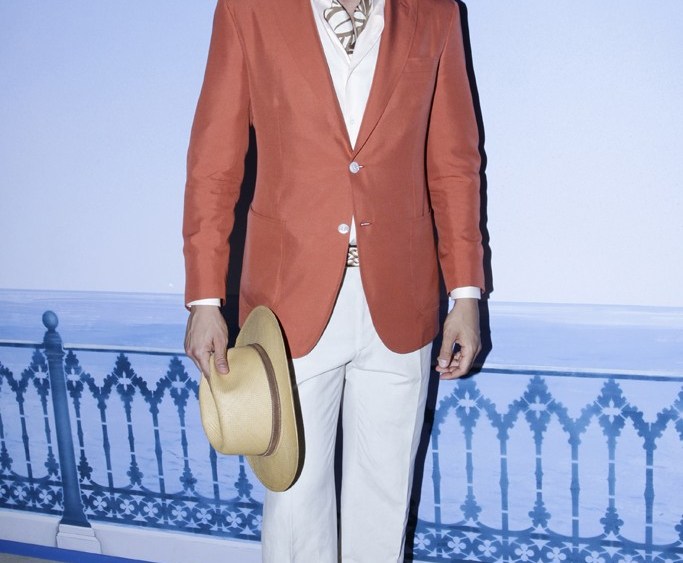 PARIS — A push into accessories and the explosive Asian market are among growth strategies PPR plans to pursue with its latest acquisition — the Italian tailor Brioni.

Plunging into a vibrant global market for luxury men’s wear, the French group said it acquired 100 percent of Brioni from the founding families.

Terms were not disclosed, but chairman and chief executive officer François-Henri Pinault scoffed at widely reported estimates of 350 million euros, or $481.7 million at current exchange, insisting the purchase price was “significantly lower.”

“It’s much more coherent with the multiples that are applied today on the so-called emerging brands of our portfolio,” he said.

With images of Brioni-clad models strolling a catwalk in 1952 flashing in the background, an upbeat Pinault hosted a press conference Tuesday to discuss the deal, PPR’s third acquisition of the year after the California board-sport firm Volcom and luxury watchmaker Sowind Group.

In an interview, Pinault declined to pinpoint a specific sales target for Brioni, but asserted that PPR intends to multiply the size of the company, as it has done with the likes of Bottega Veneta and Yves Saint Laurent.

Based in Penne, Italy, Brioni, which celebrated its 65th anniversary last year, posted 2010 sales of 170 million euros, or $225.7 million at average exchange rates. It produces about 50,000 suits a year.

Underpinning Pinault’s bullish outlook for Brioni — despite a backdrop of economic gloom — is what he described as a “very strong structural trend all over the world towards the men’s luxury segment, in every mature market and even more so in emerging markets.”

“Men are more and more attracted to luxury, and buying the products themselves,” he explained.

Pinault pointed to recent research by Bain & Co. and Fondazione Altagamma forecasting growth of 9 to 10 percent for the men’s segment versus 7 to 8 percent for the women’s segment. Altagamma estimates the global market for luxury men’s ready-to-wear at 24 billion euros, or $33.03 billion at current exchange rates, roughly on par with women’s wear, he added.

PPR’s luxury division, previously known as Gucci Group, has a track record of installing new designers at heritage brands to ramp up growth, but Pinault said it’s “too soon to say” if there would be any need to hire a creative director at Brioni.

He explained that Brioni has a “creative team in place,” and that its tailoring know-how remains its essence. “The brand defines itself by the fabrics used and the very high level of craftsmanship,” he said.

Pinault said “leisurewear” and leather goods are key opportunities for Brioni: The former representing about 40 percent of apparel revenues, and the latter — particularly shoes and bags — still at embryonic stages across casual and dressy categories. “This can be developed significantly in future,” Pinault said.

Brioni brings to 11 the number of brands in PPR’s luxury stable, and it has the distinction of being its sole men’s-only property.

PPR does substantial men’s wear business with brands including Gucci and YSL, but Brioni occupies a higher positioning.

“It is a very high-end positioning for a privileged clientele,” added Alexis Babeau, deputy ceo of PPR’s luxury division, noting Brioni’s master tailors spend up to half of their time on the road servicing elite customers.

“We are not simply buying a brand. We are truly buying a tradition and know-how that is unique worldwide and that we intend naturally to foster. We are starting off with a company that is profitable…and will see sales growth in 2011,” Babeau added.

Brioni’s business is concentrated in Western Europe and North America, which together account for 68 percent of revenues, giving the brand scope to beef up in fast-growing Asia, where it operates fewer than a dozen franchise locations.

The brand counts 74 boutiques, 32 of which are company owned. It employs 1,800 people across eight production sites.

Family-owned Brioni has been searching for an investor on-and-off since 2009.

The controlling shareholders of Brioni were the descendants of the company’s founders — Nazareno Fonticoli, a master tailor, and Gaetano Savini, the original fashion coordinator. Among them are Antonella De Simone, a granddaughter of Fonticoli; Anna Maria Fonticoli; Maria Vittoria Fonticoli, and former ceo Andrea Perrone, the grandson of Savini.

Brioni’s current ceo, Francesco Pesci, is to continue in the role, Pinault said.

One industry source in Italy, who spoke on condition of anonymity, said the families “did not have the right tools to further develop the company,” and counts too many members. “The brand is too big and important for the families. If it had not been PPR, there would have been someone else. The families have had a chance to pick and choose, as they have had other possibilities to sell in the past.”

Known for its handmade men’s suits worn by such famous men as John Wayne, Clark Gable and — more recently — Barack Obama and Matt Damon, Brioni recently shuttered its women’s wear division. In August, it severed ties with the line’s creative director, Alessandro Dell’Acqua, and cancelled its Milan fashion show, which had been scheduled for September.

Pinault noted the decision to close the division was independent of the acquisition talks.

Pierre Lamelin, luxury goods analyst at Cheuvreux in Paris, estimated PPR paid 300 million euros, or $413 million at current exchange, for Brioni, noting this corresponded to 1.8 times 2010 sales and 16 to 17 times earnings before interest and taxes, assuming an operating margin of 10 percent to 12 percent.

“We find those multiples very reasonable,” Lamelin said, describing the acquisition as a “good, small deal” equivalent to around 4 percent of PPR’s luxury sales.

Pinault declined to provide an estimate of the value of Brioni’s debt, but said it was mainly tied to the group’s property portfolio and would have no significant impact on PPR or its ratios.

“The reality of the debt tied to the Brioni business is at an absolutely reasonable level. There was this idea that the brand was in debt, in particular because it has important real estate holdings in Milan, to be precise, but in reality that is not considered an issue of company indebtedness,” he said.

Like other major players in the luxury segment, PPR beat market expectations in the third quarter, reporting a 7 percent rise in revenue to 3.86 billion euros, or $5.46 billion. Sales in its luxury division, which includes Gucci, Balenciaga and Alexander McQueen, leapt 23.1 percent to 1.28 billion euros, or $1.81 billion, in the three months ended Sept. 30. Dollar figures are converted at average exchange rates for the periods to which they refer.

Pinault reiterated that the group intended to derive most of its future expansion from the organic growth of its existing brands, although he did not exclude further acquisitions in the men’s field.

“We are going to reinforce our portfolios wherever we think there are opportunities on market segments that we do not cover very well with our existing brands,” Pinault said.

“These acquisitions are not what will fuel the growth of the group in the medium and long term, which means that in terms of acquisitions, it is not the group’s intention to undertake massive acquisitions. That is not at all our philosophy,” he added.

PPR plans to shed its retail activities, consisting of mail order division Redcats and books and electronics retailer Fnac, as soon as market conditions permit in order to focus on its luxury and sports & lifestyle divisions. It announced in September it was suspending the auction process for Redcats, citing adverse market conditions.

Pinault said there had been 18 candidates in the running at the time, and PPR continues to hold talks with four or five companies that are able to provide their own financing for the deal, rather than having to rely on staple financing. “Of course, the [expressions of] interest did not vanish from one day to the next,” he said.