By Luisa Zargani and Joelle Diderich on July 27, 2011
View Slideshow 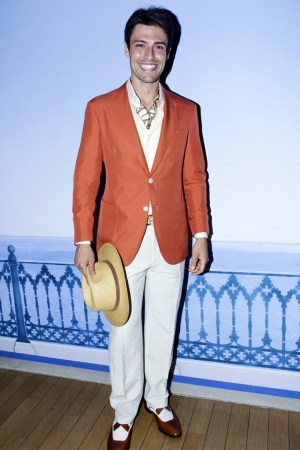 MILAN — Three years after Brioni initiated a search for an investor, the Italian men’s powerhouse could be nearing a sale — and to none other than PPR.

The French group that owns Gucci first emerged as a possible investor in Brioni in 2009 after the Italian company tapped BNP Paribas in November 2008 to help sell a 20 to 25 percent stake. A prospectus was said to have reached a short list of potential investors, including PPR, LVMH Moët Hennessy Louis Vuitton and Mediobanca. Later that year, Brioni said it was no longer seeking an investor.

Now the need for an injection of cash is a priority, according to sources.

“A sale is highly likely and it would make sense to sell to PPR,” said one industry source. “They need capital to help relaunch the brand because they are weighed down by debt of almost 100 million euros [$144.6 million], they need a vision, and they need to modernize their manufacturing capabilities and structure.”

The source said Brioni is appealing to PPR, which has been divesting its retail assets and focusing on its luxury and sports brands. “The brand is unique, as there are only two or three [men’s wear] firms with such know-how, exclusive positioning and international visibility to boot,” according to the source, who requested anonymity. “It’s a brand that has magic and huge potential. If managed the right way, it can be incredibly successful.”

The PPR name surfaced once again in connection with Brioni in a report in Italian daily Corriere della Sera on Wednesday. Both PPR and Brioni declined comment on the story.

Part of Brioni’s debt stems from the company’s buyout of former chief executive officer Umberto Angeloni for an estimated 80 million euros in 2006, or $104.8 million at average exchange rates for that year. In his 16 years at the company, Angeloni was instrumental in building Brioni into a luxury lifestyle brand.

“I hope it really happens, for the good of the brand and of the business,” Angeloni told WWD on Wednesday. “A global luxury group such as PPR can definitely bring the urgent financial and managerial support needed to revive the lifestyle component of the brand. And, even more importantly, it can reset Brioni’s strategic direction in tune with the new competitive scenario and consumer sentiment.”

One source estimated the price tag for Brioni could range upward of 300 million euros, or $395.8 million at current exchange. Another industry source said: “I know Brioni shareholders are in talks with possible partners, they are surely working on inking a deal because they need to invest and develop their business in Asia.”

The source said Brioni needs “to update its structure to keep up with the industry and to define a more contemporary vision to avoid lagging behind.”

Indeed, one sticky issue, which may have prevented the sale in the past, is the company’s complicated family ownership.

The controlling shareholders of Brioni are the descendants of the company’s founders — Nazareno Fonticoli, the master tailor, and Gaetano Savini, the original fashion coordinator. Among them are Antonella De Simone, a granddaughter of Fonticoli; Anna Maria Fonticoli; Maria Vittoria Fonticoli, and former ceo Andrea Perrone, the grandson of Savini. In November 2010, after almost four months without a ceo, Brioni tapped Francesco Pesci to head the firm, succeeding Perrone, who resigned in July of that year. Perrone previously shared the role with De Simone.

“The family originally wanted to sell a minority stake, but I doubt that would sit well with an investor such as PPR,” said a Milan-based source. “Whoever comes in will want to have control.”

Brioni, known for its exclusive, handmade and tailored men’s suits worn on-screen by James Bond and Tom Hanks’ Robert Langdon in “The Da Vinci Code” and “Angels & Demons,” has also been raising its women’s wear profile. In May 2010, the company tapped Alessandro Dell’Acqua as creative director of its women’s line, and the designer has been targeting the brand’s female counterpart with luxurious and glamorous designs.

Based in Penne, Italy, the company, which celebrated its 65th anniversary last year, posted sales of 153 million euros, or $212.6 million, in 2009. Pesci told WWD last year that he expected to close 2010 with a 10 percent gain.