French group plans to build on the buzz of the Scottish designer to accelerate expansion and develop his business as a global luxury brand.

By Miles Socha and Samantha Conti on January 14, 2013
View Slideshow 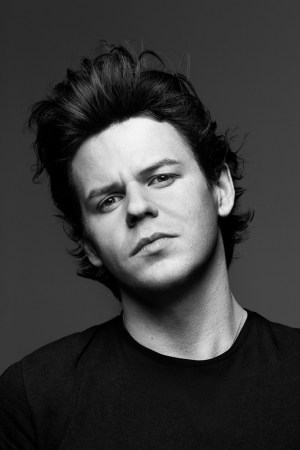 MILAN — PPR is buying another piece of London’s lively fashion scene, striking a deal to acquire a 51 percent stake in Christopher Kane.

The French group said it plans to seize on the Scottish designer’s notoriety and creative prowess to accelerate expansion and develop his business as a global luxury brand.

WWD first reported on Nov. 28 that PPR, parent of fashion houses including Stella McCartney and Alexander McQueen, was eyeing an investment in Kane.

A graduate of Central Saint Martins, Kane founded his brand in London in 2006, initially focused on women’s wear in the designer segment. Today he counts 26 employees and ships his collections to some 200 doors worldwide.

“In just a few years, he has built a very distinctive and exciting brand with a unique DNA,” said François-Henri Pinault, chairman and chief executive officer of PPR. “Christopher Kane is already established as a luxury label and has a tremendous intrinsic growth potential. We thus have great ambitions for the brand and will enable it to benefit from our expertise and know-how, while providing the space for it to further develop its own creative identity.”

PPR has often stated its preference for building critical mass from small to medium-size brands. For example, it multiplied the size of Balenciaga by 11 times since it was acquired in 2001.

It is believed the McCartney and McQueen businesses have already surpassed 100 million euros, or $133.4 million at current exchange, in annual revenues.

Kane, 30, said he partnered with PPR — whose holdings range from Gucci, Yves Saint Laurent and Boucheron to the sport and lifestyle names Puma and Volcom — given its reputation in developing luxury brands.

One of London’s favorite fashion showmen, Kane is part of a crop of young designers who have revved up London’s fashion scene in recent years.

Among his most attention-getting designs was a range of T-shirts launched in 2009 that was festooned with prints of growling apes. He introduced a resort line and men’s wear in 2010, and a pre-fall collection this month.

Kane’s runway show in September was a high-fashion treatise on Frankenstein that employed Perspex wing nuts to clamp clothes together, and electrical tape to fasten embroideries. He continued the horror-film references when he presented his latest men’s range during London Collections: Men earlier this month.

Kane recently wound up his three-year collaboration with Versace, during which he teamed up with Donatella Versace to design the Versus line, revived in 2009 after a four-year hiatus. He has also done collaborations with J. Brand, Topshop, Swarovski and Shiseido.

Kane’s name has been suggested in searches for a number of high-profile European brands in recent years, including Dior, Yves Saint Laurent and Balenciaga.

Last November, Kane squelched rampant online speculation he was about to become the new creative director of Balenciaga, also controlled by PPR. Kane had described the rumors he would succeed Nicolas Ghesquière as “unfounded.” The position was ultimately filled by New York’s Alexander Wang.

Alexis Babeau, managing director of PPR’s luxury division, said Kane would benefit from the group’s “freedom with a framework” approach, developing the business “in an organic way,” without diluting its strong identity.

He cited several paths for development, characterizing leather goods and footwear as nascent categories ripe for expansion. “The assortment is not broad today,” he noted.

Babeau said directly operated retail would be developed gradually, noting that it took about a dozen years to get the McQueen and McCartney businesses to their current complement of about 20-some units worldwide.

“E-commerce is also an area of future growth,” he added.

Babeau said there were no immediate plans to change management, though he did not rule out appointing a new ceo “at a later stage.”

At present, the fashion house is managed by Kane’s sister and business partner, Tammy, as it has been since its inception.

“PPR understands and appreciates our creative independence, but at the same time has the experience and expertise to be able to help us grow our business globally,” Kane told WWD in an e-mail exchange. “We have had a number of approaches, but after lengthy discussions it was clear that PPR is the partner for us. PPR felt like the most natural fit.”

He noted that “adding another ready-to-wear collection” would be another vector for growth, but didn’t elaborate.

“Our initial intention will be to assess each new opportunity and take it step-by-step from there,” he said. “Our long-term ambition for the company is obviously to grow it into a globally recognized brand.

“We do not plan to make any immediate or major changes to the way that the business is currently managed. All growth will be gradual and organic,” he added.

PPR is exiting retail to focus on apparel and accessories in the luxury and sports-lifestyle segments.

It is continuing the piecemeal disposal of its catalogue division Redcats, and last year it revealed plans to demerge and float Fnac, a struggling retailer of books, music and home electronics.