Luxury group will expand its committee to include several chiefs from its biggest brands, WWD has learned. 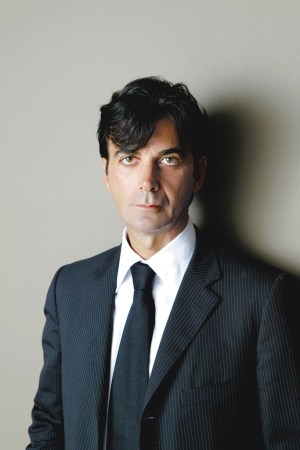 PARIS — PPR will expand its executive committee to include several chiefs from its biggest brands, WWD has learned.

Patrizio di Marco and Marco Bizzarri, chairman and chief executive officer at Gucci and Bottega Veneta, respectively, along with Puma ceo Franz Koch, are expected to join such key PPR corporate officers as François-Henri Pinault, chairman and ceo, and Alexis Babeau, managing director of its luxury division, on the committee.

PPR, due to report fourth-quarter and 2011 results today, could reveal the new additions at its presentation.

It is understood the executive committee will now number 12, up from eight previously.

Both men will sit on the committee alongside other long-standing members: Jochen Zeitz, ceo of PPR’s sport and lifestyle division and PPR’s chief sustainability officer; Alexandre Bompard, chairman and ceo of Fnac; Jean-Michel Noir, chairman and ceo of Redcats, and Louise Beveridge, senior vice president of communications.

PPR is expected to name a new senior vice president of human resources, who will also sit on the executive committee. She is Belén Essioux Trujillo, a Spanish national joining PPR from Hermès, where she was a director of human resources since 2008. Her résumé includes stints at Valeo, Danone and Boston Consulting Group.

It is understood she will succeed Philippe Decressac, who is taking on an advisory role in the group.

Pinault has repeatedly cited plans to shed PPR’s remaining retail operations — Fnac and Redcats — to create a more streamlined and integrated group focused on fashion and accessories in the luxury and sport-lifestyle categories.

Enlarging and diversifying the top management team is seen as a key mechanism to foster dialogue and the sharing of expertise among operational managers. According to sources, PPR also spies a need to groom key talents and optimize mobility across the group.

It is believed the executive committee meets quarterly, mainly in Paris, with the next gathering scheduled for April in Florence.