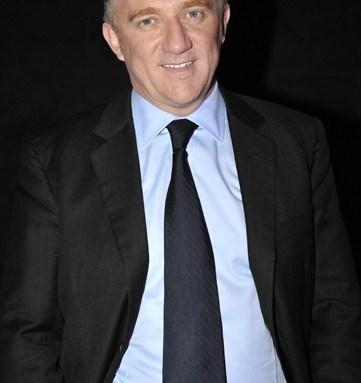 PARIS — Despite the ongoing economic crisis, which bit heavily into its retail business, PPR reported better-than-expected second-quarter sales and first-half profits, helped by strong sales of Gucci and Bottega Veneta bags in Asia.

The French luxury-to-retail company said Friday net profits in the first half ended June 30 dropped 76 percent to 189 million euros, or $251.4 million, from 777 million euros, or $1.19 billion, a year earlier, when PPR booked extraordinary gains from the sale to L’Oréal of its beauty and cosmetics business, YSL Beauté. PPR doesn’t provide quarterly profit figures.

Sales in the second quarter declined 5 percent to 4.46 billion euros, or $6 billion, compared with analysts’ expectations of 4.38 billion euros, or $5.9 billion. Currency conversions were made at average exchange rates for the respective periods.

As expected, the general retail division — which includes household furnishings stores Conforama, book and music chain Fnac, mail-order retailer Redcats and CFAO, a distributor of cars, pharmaceuticals and consumer goods in Africa — was hurt by the difficult retail environment caused by the economic downturn.

On the other hand, luxury unit Gucci Group weathered the recession better, as consumers in emerging Asian markets, especially China, sought statement handbags and accessories, pushing its second-quarter sales 3.7 percent higher to 783.3 million euros, or $1.06 billion. In the first half, revenues from emerging markets accounted for 31 percent of Gucci Group sales, up from 26 percent in the same period in 2008.

PPR said it will continue to use “all available means” to adapt to an economic environment that remains uncertain, focusing on cost-cutting measures.

“We have launched initiatives aimed at reconfiguring our organizations and energizing our sales efforts over time,” chairman and chief executive officer François-Henri Pinault stated. “These should begin to bear fruit in the second half of this year and continue into 2010.” PPR didn’t provide a full-year outlook.

Citigroup analyst Thomas Chauvet, who has a “buy” recommendation on the stock, said PPR is on track to achieve its key priorities for this year, noting the shares look to be good value in anticipation of a long-speculated potential spin-off of the retail business, which would turn the company into a pure luxury goods group.

Pinault, however, dispelled such speculation, saying he doesn’t expect any acquisitions or disposals in the near term. Instead, the company plans to focus on cost savings and reducing its debt, which rose 16 percent to 6.4 billion euros, or $8.5 billion, in the January-to-June period.

“The mergers-and-acquisitions market is dead,” Pinault told analysts. “Acquisitions won’t be a priority for the group in the next 12 to 18 months.”

Gucci and Bottega Veneta were the star performers among Gucci Group’s brands, which include Yves Saint Laurent, luxury shoemaker Sergio Rossi and jeweler Boucheron, as well as 50 percent stakes in Alexander McQueen and Stella McCartney.

Second-quarter sales at Gucci rose 6 percent to 534.8 million, or $727.3 million, helped by strong sales of leather goods, such as the new Jackie handbag, as well as good growth from directly owned stores. Wholesale sales held up well as retailers gave a good reception to the brand’s fall-winter collection, according to chief financial officer Jean-François Palus.

Echoing other luxury goods companies, Japanese sales registered declines across all Gucci Group’s brands. Robert Polet, Gucci Group’s ceo, noted the group’s performance was in line with that of the overall market in Japan.

“We have not given up on Japan,” he said. “It’s a market that’s worth the effort we are putting in,” he added, referring to different marketing and communications strategies Gucci Group has put in place in a bid to target younger customers.

Yves Saint Laurent wasn’t able to repeat the strong performance of the second quarter of 2008, reporting a sales decline of 6.6 percent to 53.3 million, or $72.5 million, in the same period this year. Pinault attributed the decline at Yves Saint Laurent to the absence of stores in Mainland China, a market that strongly benefited other brands in the January-to-June period.

“We will target Asian markets where there is real demand for the brand,” he said.

The absence of major sporting events in the period hurt comparable sales, which fell 3.8 percent to 1.3 billion euros, or $1.73 billion. Puma is due to report first-half results Friday.