Prada contributed about $390,000 to the costs of the restoration of the painting. 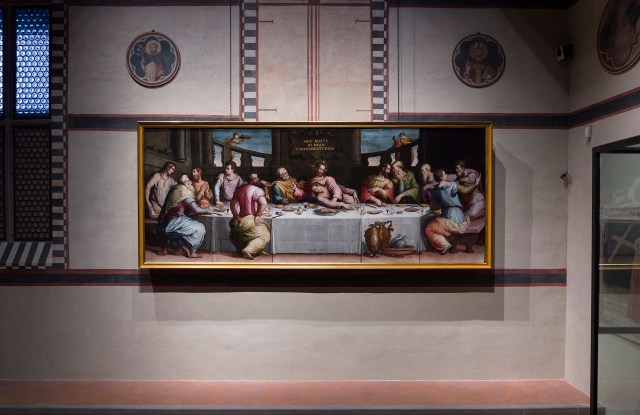 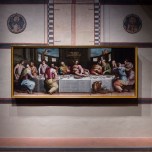 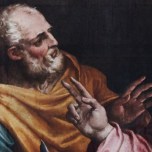 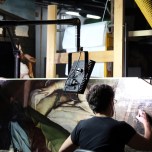 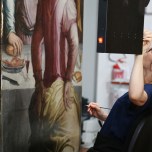 FLORENCE — Leonardo da Vinci’s “Last Supper” in Milan may be instantly more recognizable around the world, but there is another painting of the same name by Giorgio Vasari that has a highly symbolic value and that was unveiled in Florence on Friday after a technically complex restoration with Prada’s contribution.

“This event is happening at a time of tragedies in central Italy, such a beautiful country but so fragile,” said Prada’s chief executive officer Patrizio Bertelli, referring to the deadly earthquake that hit the Marche region at the end of August and the ongoing aftershocks that continue to rock and shatter several regions surrounding that epicenter. “I call upon all companies, small and big, to help out on rebuilding monuments that go back centuries,” he said, speaking after a brief private meeting with Mattarella.

The restoration of Vasari’s “Last Supper” has an additional, personal value for Bertelli, who hails from Arezzo, the artist’s hometown, an hour’s drive from Florence. “I was born next to Vasari’s own home, I would play soccer under the Vasari loggia until I was 16, and my school would take us to visit his home. He was fundamental in life at Arezzo,” said Bertelli, expressing his pride in having contributed to the restoration.

After the ceremony, asked about the day of the flood, the entrepreneur said he remembered it “very well,” and that for two weeks, he would “come here to the library and help clean the books with my friends,” armed with sponges to clear the pages from the mud. “We worked so much on those books,” he reminisced.

Bertelli emphasized the “virtuous partnership” between private and institutional parties that worked together on this project, with restorers from all over the world. Five of them were financed by Prada, who contributed to the works with 350,000 euros, or $388,500 at current exchange rates.

He saw “a problem” in the fact that “people always talk about the government and the state asking for help, but then we forget that we citizens are the state. There should be a national conscience. The government does not have a magic wand.”

He reiterated that he was “appealing to all companies” to take action in central Italy and “not the ones that say they will do it and then don’t actually spend a lira [old Italian currency].”

“I called upon everyone as an instinct, it will be a problem for how serious the losses will be. The state can help but it does not have such massive capitals, it’s too much. And we don’t even know when the aftershocks will be over. The state will firstly help the citizens, the mountainous agriculture, but we need private help for the monuments and churches,” remarked Bertelli.

The painting, which dates back to 1546, was unveiled at the Santa Croce basilica and Irene Sanesi, president of the Opera di Santa Croce, a private nonprofit laical institution in charge of the administration of the monumental complex, underscored that “Prada realized not only the artistic value but also the story it tells, it’s a tale of rebirth and hope.”

She noted that the “Last Supper” had been left in a deposit box for 40 years, and that there was little hope of recovering it, after being under water and mud for 12 hours. It was originally created for the refectory of the convent of the “Murate [enclosed nuns].”

A new mechanical system allows the painting to be hoisted six meters, or almost 20 feet, which is one meter higher than the level the water rose 50 years ago.

Prada revealed in 2014 that it was going to help finance the restoration.

The work began in 2004 by the restoration laboratory of the Opificio delle Pietre Dure, a Florence-based public institute controlled by the Ministry for Cultural Affairs, focused on the conservation and restoration of Italy’s artistic heritage. The restoration follows the conservation work one on the wooden panels conducted in 2010 by the Getty Foundation, the Getty Conservation Institute, and the J. Paul Getty Museum.