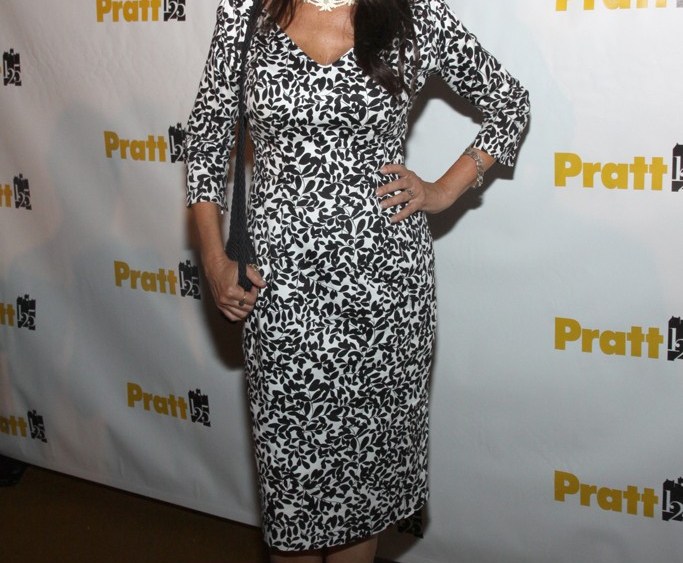 NEW YORK — For its 125th anniversary, Pratt Institute arranged to have the Empire State Building illuminated in gold — a first for the iconic landmark — and then welcomed guests Monday night to its annual gala at the Waldorf-Astoria. The address was fitting for the Brooklyn-based school, since Pratt alumni Lloyd Morgan helped design the historic building more than 80 years ago.

The gathering raised more than $1 million for student scholarships. Photography student Kevin Truong, a beneficiary of previous scholarships, won over the crowd with how he was born into a refugee camp in Malaysia but is thriving on the Brooklyn campus.

Russell Simmons said, “Pratt means so much to the world, not just to New York. The arts in general are essential to the continuation of society. I don’t think people understand how important it is for us to have imagination, creativity, art and excellence. Not enough people appreciate that, but Pratt does.”

Alluding to the current political tug-of-war about federal funding for the arts, Taymor made a point of saying, “Some people feel the arts and culture are expendable. I am all for any institution that supports the arts.”

Well aware that Mitt Romney supporters were also gathered at the Waldorf, Taymor told guests that while the presidential candidate threatened to cut off Big Bird financially, a Pratt alum created the yellow-feathered character. “Without the beauty of the arts, we don’t have a country. We don’t have a culture. We’re not human,” she said.

Being honored made Wiley feel a little less than human. “I have to say, off the cuff, this is terrifying. Being up here in front of all these people makes me nauseous.”

Once the Brooklyn-based artist got his footing, he spoke of how, growing up in South Central Los Angeles, his mother got him into art school to get him away from the threat of violence.

“In many ways, I did this art thing not to have adulation or to gain anything,” he said. “I studied cooking so that I would have a steady job. But it was to be curious about the world I am surrounded by and to be constantly engaged by ideas and people, to be challenged. More than anything it led to a feeling of gratitude. What we have really is a responsibility to take the riches that are in front of us and to tell the truth about what’s out there.”