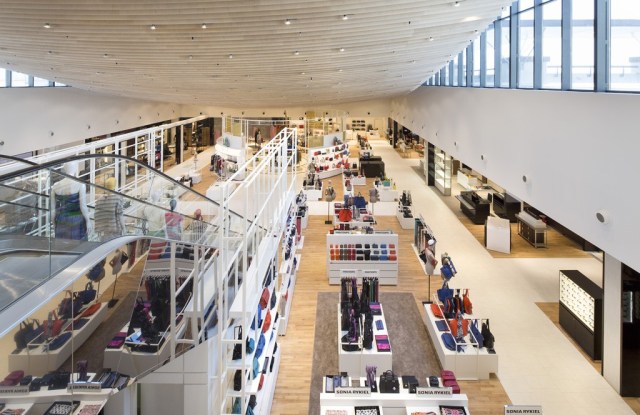 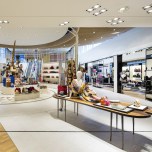 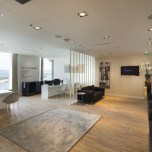 However, the department store chain is gaining market share, thanks in part to an increase in Chinese tourists with a strong appetite for luxury products, he added.

He announced the results in the southern port city of Marseille, where on Saturday Printemps will open its first regional department store in 32 years as part of its ongoing program to renovate and expand its French network.

The executive noted the retailer faced “a perfect storm” last year, with four core segments — ready-to-wear, shoes, jewelry and beauty — all posting a drop in sales.

“We see a lot of headwinds with the economic crisis that impact all our markets, which in turn creates big pressure on the price and significant discounting,” he said.

“Unfortunately, we look very closely to the American market where the percentage of volume on sale is now 60, 70 percent, and it is a model that is a disaster for retail, because in the end you lose loyalty and customers end up buying only in promotion,” de Cesare added.

Sales at the flagship Paris store on Boulevard Haussmann rose 6.1 percent, down from an increase of 14 percent the previous year, while the network of 16 stores outside of the French capital logged a decrease of 0.2 percent, versus a 3.2 percent drop in 2012-2013.

The results come against a backdrop of six consecutive years of declining rtw sales in France, which has reduced the market’s value by 13 percent, according to de Cesare. Printemps, which next year marks its 150th anniversary, has seen business grow 40 percent over the last five years as it upgraded its offer, he noted.

“We are clearly gaining significant market share in a very competitive market,” the executive said, adding that factors working in its favor included rising demand for luxury goods, an increase in tourism and the development of e-commerce.

The group’s tourist business rose 15 percent in 2013-2014, fueled by a growing number of visitors from China, South Korea, Taiwan, Thailand, the United States, Malaysia, the Middle East and Brazil. Business from Russian and Japanese customers declined during the period.

“We can still continue to plan a big increase in the traffic. It will just not be a traffic at the same level of spending as it used to be before,” de Cesare said.

Printemps, which was taken over last summer by Qatari investors via Luxembourg-based investment fund Divine Investments SA, or Disa, renovated 71 percent of its existing retail surface between 2007 and 2013, noted François-Xavier Dupont, director of the network and development at Printemps.

It recently inaugurated a store next to the Louvre museum in Paris and plans to open another in Cagnes-sur-Mer on the French Riviera next year, with further expansion overseas also in the works.

In addition, the retailer is set to renovate its Italie 2 store in Paris from June 2014 to October 2015, and it will expand the basement of the Haussmann store by around 27,000 square feet by November of this year, de Cesare said.

He noted the retailer has spent around 300 million euros, or $417 million, on store upgrades over the last five years and expects to invest a similar amount over the next five years. The program is designed to help it achieve its target of sales of 2 billion euros, or $2.6 billion at current exchange, by 2017.

All dollar rates are calculated at average exchange for the periods in question.

With a surface of almost 65,000 square feet, the Marseille store cost 16 million euros, or $20.7 million, not counting additional investments made by brands.

Part of the new seaside shopping mall Les Terrasses du Port, the Printemps store is opening simultaneously with the group’s urban apparel megastore, Citadium, on the opposite side of the floor. Citadium earlier this year opened its first store outside of Paris in nearby Toulon.

Dupont said the urban renewal program known as Euroméditerranée was expected to bring tens of thousands of new residents to Marseille, which already boasts a high percentage of dwellers with strong spending power. The region is also the country’s second largest hub for tourists, excluding the capital.

“One of the reasons we are very excited about opening a store here is that there is, just half-a-kilometer from here, the biggest harbor for cruise ships in the Mediterranean, bringing one million visitors per year that tend to be international visitors, so we hope that this will be a step towards increasing our sales to international customers also in the south of France,” added de Cesare.

Split over two floors, the store features windows with a view of the sea, and a 33-foot high ceiling made of birch slats set in a wave pattern that evokes the hull of a ship.

Special features include a VIP salon and two changing rooms in the lingerie department that open onto the seafront, allowing customers to choose how much — or how little — they reveal to the outside world.

The store carries women’s and men’s rtw, handbags, accessories, jewelry, watches and beauty products, for a total of 280 brands.