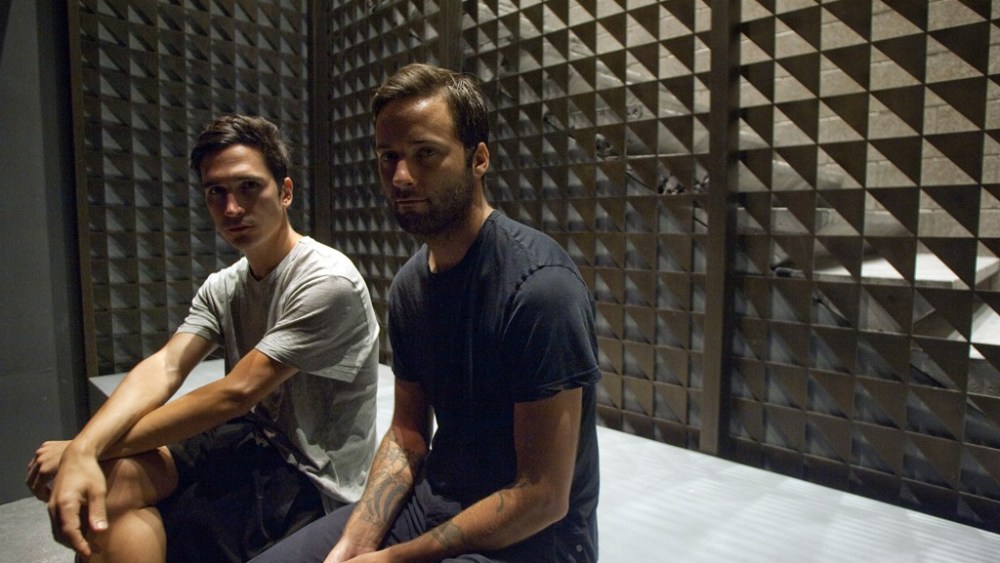 It’s been 10 years since Lazaro Hernandez and Jack McCollough became living legends to every fashion student on the planet when their entire senior collection for Parsons School of Design was picked up by Barneys New York. The Proenza Schouler designers are crossing the decade threshold in tandem with another major milestone: On Friday, they will open their first store, a 2,000-square-foot space at 822 Madison Avenue in Manhattan. It’s a game changer in terms of their business, not only because it signals a retail strategy, but because the address is an impressive statement unto itself. “[Opening a store] is definitely a grown-up move and being on Madison is that much more grown-up,” said Hernandez during a walk-through of the store Wednesday. “All these classic designers are up here — the Chanels, Celine, Jil Sander, with Dolce & Gabbana and Cartier across the street. It just seems kind of big-league.”

Whatever intimidation factor has been pounded into the pavement of their new neighborhood does not seem to phase Hernandez, 34, and McCollough, 33, who appear to get a kick out of the improbability of two designers perpetually described as “downtown” (also, “young” and “emerging”) landing in the prime of the Upper East Side retail landscape. “It just felt wrong in a good way to open uptown,” said Hernandez, noting that, though their collections impart a youthful attitude, “the reality is, the clothes are expensive and the customer is here.”

The store is a platform to present their undiluted vision to that customer, and the designers have approached it meticulously. What was formerly a sushi restaurant has, under the aesthetic vision of architect David Adjaye, been transformed into a two-story matrix of Proenza Schouler cool. Longtime admirers of Adjaye’s work, Hernandez and McCollough struck up a friendship with him on a pit stop in Marfa, Tex., during a road trip several years ago. “We ended up hanging out and kind of clicked, but then he kind of disappeared and we didn’t see him for a number of years,” said McCollough. “When it came time to pick an architect for the store, we were like, ‘We wonder if he would do it.’”

Adjaye, who recently completed Proenza Schouler’s downtown studio, had never worked on a retail space before. Like the designers’ clothes, the store’s design is edgy and sophisticated but not overtly feminine. Raw yet slick, it’s set behind a steel gate done in a graphic pattern — “part of our language,” said Hernandez — that leads into a small courtyard where a flat-screen TV will display their most recent runway show. A sliding glass door leads to the ground floor where the walls and ceiling are lined with exposed beams. Thin steel shelves will showcase accessories. “We wanted it to be the antithesis of a high-gloss Madison Avenue store,” said McCollough. Upstairs, where ready-to-wear is housed, is “a room made out of sidewalk,” Hernandez noted of the concrete walls and pipe fixtures. Strategically placed cactuses add a little greenery to the atmosphere, further softened in the dressing rooms which are replete with padded leather walls done in chocolate brown.

For at least the first few seasons, McCollough and Hernandez are doing the buy for the store themselves; they plan to stock nearly all the runway looks as well as offer ample exclusives.

The store comes almost exactly a year after the designers and their longtime chief executive officer Shirley Cook finalized a new financial structure, severing ties with the Valentino Fashion Group, which in 2007 acquired a 45 percent stake in the label. In July 2011, Proenza Schouler announced a partnership with a group of 20 investors led by financier John Howard and Andrew Rosen, the Theory founder and co-ceo who’s known for nurturing emerging talent toward a stable and hopefully profitable business structure. Rosen is responsible for installing Olivier Theyskens as creative director of Theory, and has additional stakes in Rag & Bone, Alice + Olivia and Gryphon.

“One of the reasons we chose to partner with him specifically was his expertise in retail,” said Hernandez. “Andrew really believes in retail as a business model, so we knew opening multiple stores was on the horizon.” As for stabilizing their production and delivery structure, “We had to get to a point where we could have a constant influx of merchandise and not have empty racks,” said McCollough, noting that even as little as two years ago, they would not have had the full pre-fall collection — which is what will open the store — delivered and ready to go. Now, their stockrooms are full.

For his part, Rosen said he’s pleased with how the label has performed and evolved over the last year. He described a freestanding store as “critically important for [Hernandez and McCollough] to have their own expression and the authority of the official place where the brand comes from.” Rosen also mentioned retail expansion, saying that a second New York store, likely located downtown, would be next.

“We started this business when we were quite young,” said Cook. “So much of the growing up that we did was in front of everybody. It takes time to formulate a strong sense of what you want to say and be able to commit to it. We have really wonderful partners, and they’ve afforded us so much of the ability to do this. It’s the financial structure, but also having the advice of our board that has been absolutely incredible. So we’re not making decisions that are uneducated.” Cook declined to give sales projections or figures.

Proenza Schouler is carried in 250 doors worldwide and some of its biggest retail partners report robust volume and growth. “They are strongly positioned in our stores,” said Ron Frasch, chief merchandising officer of Saks Fifth Avenue, adding that Saks will begin carrying Proenza Schouler handbags for fall.

“They’re a significant presence in terms of influence,” said Daniela Vitale, chief merchant and executive vice president of Barneys New York. “It’s nice to see some American designers within Barneys who are really making both a significant impact in terms of aesthetics but also in terms of business. They are one of our top ready-to-wear brands. I think as they mature as designers it’s becoming a much more balanced collection.” Vitale added that, as of now, the label is fairly equitable in terms of accessories versus rtw, but she sees a big opportunity for the label’s growth in shoes. Barneys, she said, made a significant investment in the different iterations of the PS1 handbag beginning last spring “that has really paid off.”

The designers appear to be betting on bags for their own store, too. The inaugural window installation, designed by McCollough’s sister Kate, features a blue python PS1 bag in a block of melting ice.