The new concept is set to be replicated along all international stores, which will include Shanghai, Moscow, Doha and Kuwait. 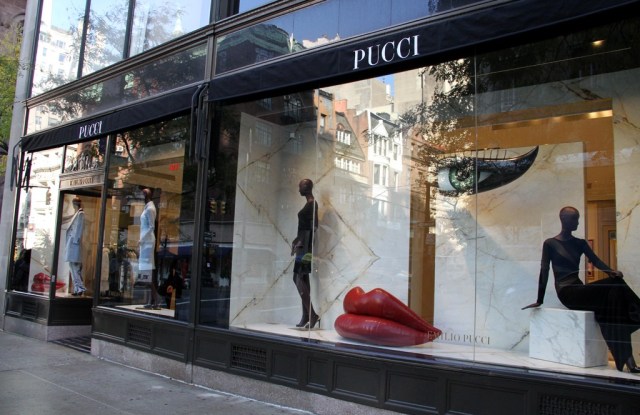 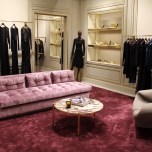 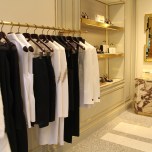 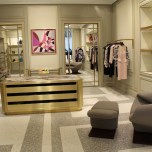 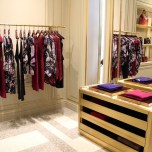 The Palazzo Pucci located on Via de’ Pucci in Florence has been in the family since its construction in the 15th century. At this point, it’s as integral to the family heritage as the colorful, geometric prints on which Emilio Pucci built his fashion empire. When Peter Dundas was hired as creative director of the now-LVMH-owned house in 2007, he was so inspired by the Palazzo that he re-created his Milan studio in its likeness and insists on holding his runway shows at the Palazzo Serbelloni in Milan for its similar atmosphere. It was only natural that when it came time to define Pucci’s new retail concept, which was unveiled Tuesday at its new Madison Avenue flagship, it all came back to the Palazzo.

“It’s kind of like completing the circle of the settings for the Pucci girl and how I want to expose the brand to the public starting with the Palazzo Pucci,” said Dundas, while standing on a purple rug that carpets the back room of the store at 855 Madison Avenue. To his left is a purple velvet couch, which sits in front of fitting rooms with mirrored doors, key elements to the vision of French architect Joseph Dirand, whose other retail clients have included Rick Owens’ London store, Alexander Wang’s in Beijing and Balmain’s in Paris. He is known for his way with marble, of which there is plenty in Pucci’s new space, from the console tables to the windows. It adds a rich, minimalist counterpoint to some of the store’s more Baroque elements, such as brass-trimmed moldings, without being cold. The marble is veined in sunset-hued pinks and purples.

Dirand traveled to — where else? — the Palazzo Pucci when he was given the job. He wanted the 2,600-square-foot store to “bring the kind of decor of the Palazzo to a place that doesn’t have the same scale,” he said. “We didn’t want it to look like a pastiche.” Dirand captured the house’s glamour, which has been developed considerably under Dundas’ eye, as well as the eccentricity of Emilio Pucci without resorting to “gimmicks.” His subtle ode to the house prints is the two-tone crushed marble Terrazzo floor, which references the Torre print from 1966.

Pucci closed its two smaller stores in New York, one on Madison, one on Fifth Avenue, to open the new flagship. Pucci president and ceo Alessandra Carra declined to gives sales projections but said the flagship represents the importance of the American market to the brand. Three more stores are planned domestically for 2013. “We believe retail has to be taken to the next level,” said Carra. “I’m not saying we’re going to move from 50 percent retail-50 percent wholesale, but we believe there are major opportunities to have Emilio Pucci stores here.” The new concept is set to be replicated along all international stores, which will include Shanghai, Moscow, Doha and Kuwait.

From the perspective of a member of the Pucci clan, Laudomia Pucci, vice president and image director, the design is the perfect balance of luxury and legacy. “If we go back to when we started working with LVMH in 2000, one of the fabulous strategic operations we had in mind was to create a strong retail network for Pucci. We very quickly opened stores,” she said. “It’s been a very successful operation. But we did it very fast and we didn’t move on. This is our big second step. Before we had cut with the past in terms of the concept and now we’re going back to the roots. Now we’re showing what the Pucci home is like.”