The Queens Museum is marking the 40th anniversary of the The Ramones' debut album with “Hey! Ho! Let’s Go: Ramones and the Birth of Punk,” a retrospective exhibit that opens April 10. 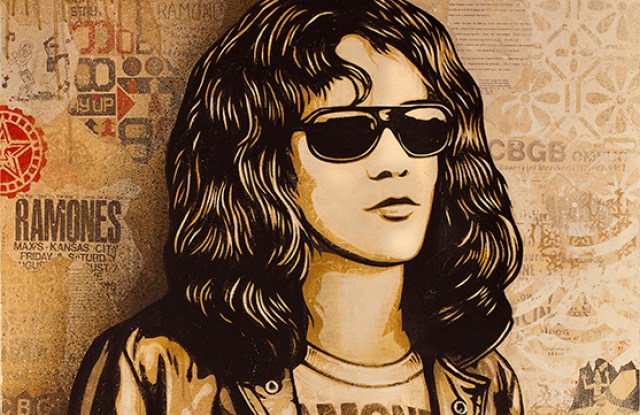 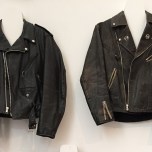 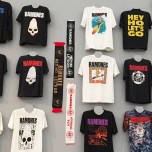 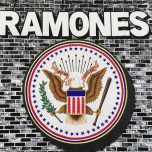 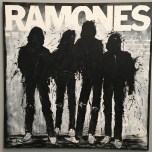 Forty years ago, a band of misfits in leather jackets and torn jeans emerged out of Queens, N.Y., and changed the world. They played fast and loud, sang about sniffing glue and sired generations of punks. The Ramones would go on to become one of the most enduring and influential acts in music. With lyrics like “beat on the brat with a baseball bat” or “the KKK took my baby away,” there was some shock value and dark humor but also a return to fun-loving rock ’n’ roll. Their songs were raw and usually shorter than the average guitar solo — the 14 tracks off their self-titled debut amount to a mere 29 minutes and four seconds — leaving the musical norms of the early Seventies in their wake. Coinciding with the 40th anniversary of that first album, the Queens Museum is presenting “Hey! Ho! Let’s Go: Ramones and the Birth of Punk,” the first of a two-part retrospective exhibit in conjunction with the Grammy Museum, that examines the roots and legacy of New York’s first punk rockers and opens April 10.

While the Grammy Museum will stick mainly to The Ramones’ place in music history, the Queens Museum took a wider cultural view — from their outerborough roots in Forest Hills to CBGB, the epicenter of the inchoate punk scene. With galleries and record labels full of artists from the Sixties, the DIY spirit was pervasive downtown. “It was a generational change, and there were all these kids there and they wanted to be rock stars, too,” says co-curator Marc H. Miller. There was no shortage of visual artists to chronicle the budding scene, and the exhibit boasts photos by Bob Gruen, Godlis and Roberta Bayley, as well as contributions from Punk magazine’s John Holmstrom and Legs McNeil. Also displayed are works by Curt Hoppe, Richard Hambleton, Mark Kostabi, Shepard Fairey and Yoshitomo Nara, and original pieces from Joey and Dee Dee Ramone.

Two major sources of memorabilia were Arturo Vega, the band’s designer and art director, and Monte Melnick, who met Tommy Ramone in junior high school and served as the band’s tour manager until they retired in 1996. “I’m the only one alive today that was with them the entire time, from the beginning — before the beginning, I grew up with Tommy,” Melnick said. Vega, who died shortly after Miller started putting the show together in 2013, designed The Ramones’ famous presidential seal logo, and is said to have missed only two of the band’s more than 2,200 concerts. “Talk about dedication, that’s a guy dedicated to the band,” Melnick said, gesturing toward a photo by Curt Hoppe of Vega’s back, tattooed with a giant Ramones seal. Melnick estimates that approximately a quarter of the items on display are from his collection, including passport applications, gig posters and a slew of T-shirts. “The cliché, of course, is that the T-shirts outsold the records,” Miller said.

Playing in the exhibit’s first room is what may be the first known recording of The Ramones, which given their pared down style doesn’t sound much different from the album. “It was in a self-addressed envelope, obviously the kind of thing they sent out in 1975, and it included a reel-to-reel tape,” Miller said. Included with the demo was a bio by Tommy that began: “The Ramones are not an oldies group, they are not a glitter group, they don’t play boogie music and they don’t play the blues.” There wasn’t yet a name for what they were doing.

Throughout the exhibit, Miller makes a point of showing that their image was as important as the music in cementing their legacy. The iconic leather jackets and a pair of torn jeans hang next to a stack of amps. “You feel silly saying they invented ripped jeans — and obviously they didn’t invent ripped jeans — but they were maybe the first to really flaunt them,” Miller said. “That has obviously become a fashion statement, I mean, companies make ripped jeans today.”

Nothing on display captures The Ramones’ essence as well as the exhibit’s last room, where the band really speaks for itself. A sprawling projection of “It’s Alive,” The Ramones’ 1977 New Year’s Eve show in London, caps off the exhibition. The performance is them at their best — Joey, all limbs and hair, looms over center stage, flanked on either side by Johnny’s vicious downstrokes and Dee Dee’s frenetic footwork, while Tommy pummels the snare — holding nothing back. Pure punk.