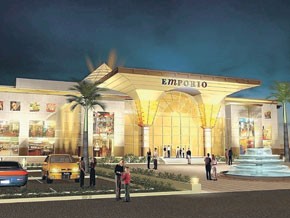 If pink is the navy blue of India, as Diana Vreeland once proclaimed, then luxury retailing is still only the faintest blush.

Minis to Saris: A Range of Fashion in Mumbai

But upscale shopping there will take a quantum leap forward this year as a host of European brands — including Hermès, Cartier, Giorgio Armani, Stella McCartney, Lanvin and others — plants first stores in this promising future market.

What’s more, luxury players with a toehold in the world’s second most populous country are already expanding in a measured fashion — and voicing bullish, long-term outlooks.

“India will represent one of the most interesting and fastest-growing markets for luxury brands in the next few years,” said Mark Lee, president and chief executive officer of Gucci. “But it will take time. The market needs to grow step-by-step to ensure solid development.”

Gucci plans to open its third Indian location in the coming months at the Emporio complex on the outskirts of New Delhi, billed as India’s first luxury center and a beacon for a fast-growing emerging market. The developer, DLF, declined to provide a tenant list, but Louis Vuitton, Christian Dior, Fendi, Jimmy Choo and Cartier are among the luxury banners, along with such five-star lifestyle attractions as spas and restaurants.

“It will be interesting to see how the Indian customer will find their first experience in a [local] universe of luxury,” said Sidney Toledano, president and ceo of Christian Dior, which is plotting a 5,000-square-foot flagship at Emporio offering everything from ready-to-wear for women and men to footwear and fine jewelry. “I think this mall’s appearance will enable the level of customer traffic.”

At present, Dior operates a location in Delhi’s Oberoi hotel, selling mostly accessories with “excellent” results, Toledano said. “It is not yet China,” he stressed, “but it’s good to start now. You see a very good level of fashion awareness.”

“India is probably one of the biggest markets for the future,” declared Christian Blanckaert, executive vice president in charge of international affairs at Hermès International, which dubbed 2008 its “Year of India” as the company readies its first freestanding store for a summer opening, a 1,700-square-foot unit in the Oberoi.

On Monday, Hermès flew some 200 journalists to Sezincote, an Indian-style mansion set in England’s Cotswold Hills, to officially launch the theme with a fantasy-filled afternoon replete with a pink-tinted horse, orange sheep and a spicy lunch served to guests sitting atop colorful cushions.

Despite all the activities, though, executives acknowledge the Indian market presents several formidable hurdles, chiefly a dearth of locations suitable for high-end retailing.

“Up until now, the only choice was the comfortable environment of hotel lobbies,” said John Hooks, deputy managing director of Armani Group, which plans to simultaneously open units for its Giorgio Armani and Emporio Armani brands in Delhi’s Emporio center.

“It’s like Beijing 10 years ago,” said Michael Burke, ceo of Fendi, which opened its first Indian location in Bombay’s Taj Mahal hotel in late 2006. “We’re very far from the numbers in China. It’s a very elite customer base. There’s are more than a billion in India, as in China, but the upper-middle class is not as developed as in China. You don’t have the footfall yet.”

Indeed, excepting Delhi, most of India’s cities were built without master plans, and tenancy rights are strong in the world’s largest democracy, meaning new developments cannot be constructed as quickly as in, say, China or Russia, Burke noted.

Still, he stressed, “There’s no reason it shouldn’t be like China. It’s a country that loves fashion, that has a very vibrant fashion industry.”

Other challenges include high taxes and import duties, a lack of high-caliber sales associates and widespread bureaucracy, executives noted.

“It’s very complicated to import. India is very bureaucratic. France looks light next to India,” Blanckaert said with a chuckle.

Most luxury players made their first moves into India in 2006, when the country loosened restrictions on foreign direct investment, allowing companies to own 51 percent of monobrand boutiques. Among the first to arrive were Christian Dior, Ermenegildo Zegna, Moschino, Salvatore Ferragamo and Versace, joining established boutiques for Chanel, Louis Vuitton and Bulgari. Vuitton, present at the Oberoi since 2003 and the Taj Mahal hotel since 2004, will add two stores in May: one in the Emporio and another in Bangalore.

With its partner TSG International Marketing Pvt. Ltd., Stella McCartney plans to open a total of six stores, two by the end of this year.

“The business and the economy are so global, we do not have any hesitation about opening and expanding in India, for the same reasons our business is growing in other parts of the world,” said Marco Bizzarri, McCartney’s president and ceo.

Prada Group is not yet present in India, but is eyeing an entry in the market, attracted by growing wealth, a sophisticated population and the advent of retail developments at international standards, said Sebastian Suhl, ceo of Prada Asia Pacific.

“We’re continuing our search for the right opportunity to launch our brands in the market,” Suhl said, describing “tremendous” potential, but cautioning, “India is a longer-term project compared to China — development comes at a slower pace.”

But even if many Europeans are only arriving now with boutiques, most brands have long-standing ties to India. Hermès, for example, said it began selling its saddles and harnesses to maharajas in 1837. Today, it works with the Calico Museum of Textiles in Ahmedabad, exchanging ideas on materials and colors, Blanckaert said.