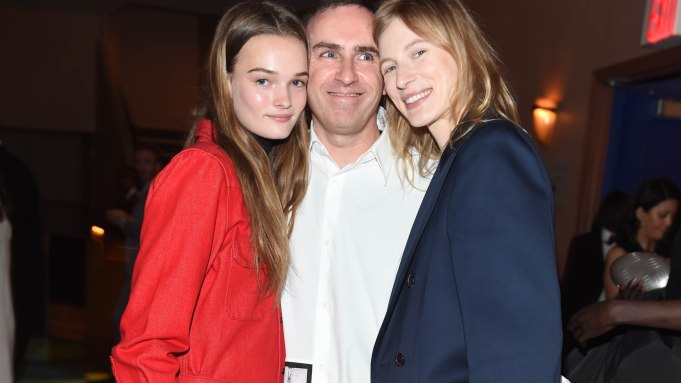 NEW YORK — The winners of the 2017 CFDA Fashion Awards were revealed Monday night at the Hammerstein Ballroom here, and Raf Simons took home the most prizes.

Meanwhile, the Accessory Designer of the Year prize went to another foreign-born designer: The British-born Stuart Vevers for Coach. The Swarovski Award for Emerging Talent went to Laura Kim and Fernando Garcia for Monse.

Simons was officially  named creative director of all of Calvin Klein’s brands last August after a year’s speculation that he was headed to the iconic American fashion house after a successful stint at Christian Dior.

He immediately put his stamp on the house in his first show in February. As WWD’s Bridget Foley wrote in her view, the show “thrilled with its smart, powerful clothes for women and men. Everything surrounding the clothes — the 10 a.m. time slot; the location, at the brand’s longtime West 39th Street headquarters in the former Garment District — telegraphed a message of efficiency and pragmatism that plays into the reevaluation and restraint that’s percolating but has yet to triumph across fashion’s show spectrum.”

Vevers, meanwhile, has also put his signature on Coach, turning the brand around with a mix of Americana and whimsy that now stretches from the accessories and clothes to the stores and such tie-ups as a recent collaboration with Selena Gomez.

Kim and Garcia have had a rapid rise with Monse, which catapulted them to becoming co-creative directors at Oscar de la Renta. The de la Renta company also has taken a significant minority stake in the Monse brand and the designers showed both labels together in New York in February.