Lauren offers the fall season with a virtual, children's storybook. 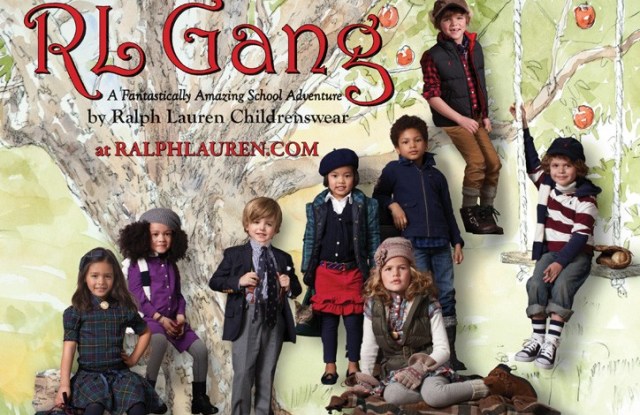 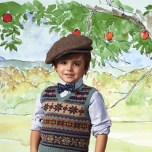 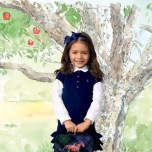 But rather than have a gaggle of children walk down a virtual runway in the way models did for Rugby and Lauren, Polo created an interactive, online storybook with characters in full Ralph regalia. Dubbed “The RL Gang,” the story line evolves around the first day of school after summer, and features eight real-life children making their way through an illustrated world narrated by Harry Connick Jr.

“It started with the idea of doing a fashion show,” David Lauren, Polo Ralph Lauren Corp.’s senior vice president of advertising, marketing and corporate communications, said. “Everyone felt that we needed to push it even further. We could create something that would celebrate the tradition and family spirit of Ralph Lauren.”

The story features the children on their first day back at school. When their teacher, Professor Randolph Lattimer, opens “The Incredible Book of Fantastic Things” and asks the young ones to close their eyes, they are taken to a fantasy world that is perfect but for one dying apple tree. The kids rescue the tree by watering it. The story concludes with each child deciding who to give the apples to. The storybook, which is launching in an exclusive partnership with Bloomingdale’s, targets children ages two and eight with looks from the collection that shoppers can click on and purchase through ralphlauren.com and bloomingdales.com. It will launch Aug. 18.

“The experience was really [conceived] as a shoppable storybook,” Lauren said. “But we didn’t want them to just shop by template. Beyond being able to shop the video while the story is going on, you can also go into the closet of any character.”

In other words, children who identify with a specific character also can choose to get a glimpse into each character’s virtual closet, which features many other pieces from the fall collection that are available for sale.

An $18.95 hard copy of the book is also available on-demand at Tikatok.com.

Polo sells its children’s wear worldwide, and is translating the virtual story into eight languages.

For the first month, 15 percent of the proceeds from sales of the line on ralphlauren.com will go to the Ellis Marsalis Center for Music in New Orleans’ Musician’s Village. Connick was instrumental in its creation after Hurricane Katrina hit the region.

Ralphlauren.com celebrates its 10th anniversary this year, and recently introduced several innovative concepts, including an online tennis clinic with Boris Becker during the Wimbledon tennis championships. “Because this is our 10th anniversary, we are really trying to roll out something new every month that is ground breaking and changes the way people use the Internet,” Lauren said.