The store features new customization technology in its handbag salon and a handful of snack and cocktail options borrowed from the company’s popular Polo Bar restaurant. 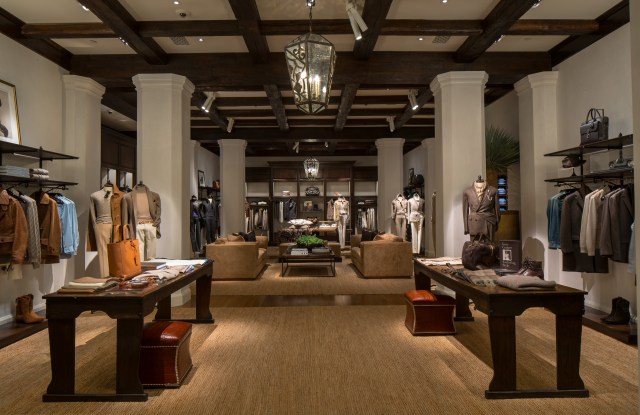 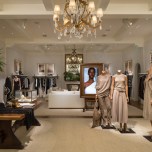 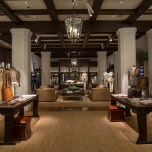 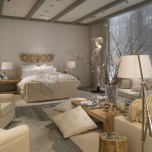 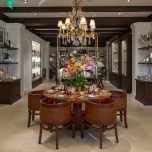 LOS ANGELES — Earlier this week a woman sat at a leather tabletop desk inside Ralph Lauren’s Beverly Hills flagship, pressing against the desk’s surface. She looked up with each motion to review her selections on a screen that bore an image of the handbag she was in the midst of designing.

This story first appeared in the September 30, 2016 issue of WWD. Subscribe Today.

The store’s interactive handbag salon lets shoppers personalize the company’s bags — everything from the Ricky to the Tiffin — making choices on monogramming, color and hardware before it’s produced in Italy. Bags in the store are tagged with RFID chips so that once they are set on the leather table, product specifications are automatically read and carried over to the screen where customers begin their customization journey.

The high-tech feature, the first employed in any Ralph Lauren store, is just one of a number of embellishments to the redesigned Rodeo Drive flagship, which officially opens to the public Friday.

“It’s not surprising that Los Angeles has always been a special place for me,” Ralph Lauren said in a statement. “Not only was it home to my very first store, but also the home of so many of my dreams inspired by the art of filmmaking and the glamorous world of Hollywood legends.”

A company executive was unavailable to discuss the store further.

The 22,000-square-foot space’s design drew inspiration from the California coastal lifestyle and broader West Coast, with French limestone and vintage oak floors, oak beams, wooden shelving units and a wrought-iron staircase, all of which houses the company’s women’s, men’s and home collections.

The first floor is divided between men’s and women’s. Each side mirrors the other with watch and shoe salons. An area for fragrances on the women’s side is the second of its kind after the store at 888 Madison Avenue in Manhattan. Upstairs is the company’s home collection, which includes accessories, linens and vintage pieces.

The store’s redesign led to some chatter as to whether the company would finally bring The Polo Bar restaurant concept to the West Coast. It has in a measured way with the store’s reopening. A concierge service will provide guests with select snack and drink options from Polo Bar, such as Ralph’s Caramel Corn, crudite with ranch dressing and Ralph’s Coffee and Espresso.