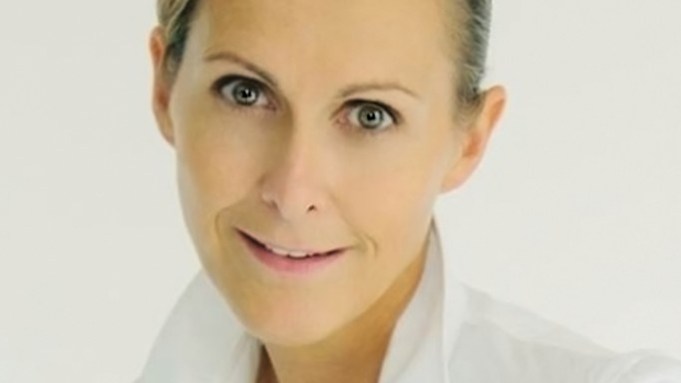 NEW YORK — Ralph Lauren is aggressively looking to accelerate growth in the luxury segment of his $7 billion empire.

To that end, he has hired Valérie Hermann, former president and chief executive officer of Reed Krakoff, as president of Ralph Lauren Luxury Collections, a new post. Hermann will report directly to Lauren, chairman and ceo of Ralph Lauren Corp. She begins April 7.

“The company keeps growing, and the luxury part of the business has grown to a point where we felt it deserves its own focus. My goal is building luxury in its truest sense,” Lauren said in an exclusive interview. He said the Ricky bag has become an important business; Ralph Lauren timepieces and fine jewelry (in a joint venture with Compagnie Financière Richemont) are growing, and women’s and men’s luxury apparel under Black Label, Purple Label and Collection is expanding.

Hermann’s role will be an extensive one, giving her oversight of Black Label, Purple Label, fine jewelry, eyewear, timepieces, handbags, RRL and fragrance. “Anything that has to do with luxury, she will be the president of,” said Lauren. Her mandate is to leverage the strength of these brands and spearhead the strategy, merchandising, distribution and overall expansion of the global luxury businesses. Each of the division presidents of these categories will report into Hermann.

“This [luxury] is one unit. It’s my company. It’s one family. Now we’ve really defined where we’re going, and how it’s going to be,” said Lauren.

Hermann, who has a strong luxury background, joined Krakoff in April 2011 to head up the nascent company. Prior to that, she was ceo of Yves Saint Laurent in Paris. She joined YSL in 2005 from LVMH Moët Hennessy Louis Vuitton, where she had served as president of John Galliano and director of women’s ready-to-wear at Dior. Before that, she was president and ceo of Jacques Fath. Hermann began her career at the Comité Colbert, the Paris-based luxury goods trade association.

“I have always admired the extraordinary aura of the Ralph Lauren brand. It globally exemplifies the essence of elegance and appeal and stands for everything we admire about America, defining the standards for luxury and an inimitable way of life that the world immediately recognizes,” said Hermann.

“She has an amazing reputation,” said Lauren. “I’ve spoken to different people, and her name came up and they raved about her. We talked, and at that time, she was with Reed Krakoff. We had this long conversation about where’s she’s going and what she wanted to do.

“Picking a new president for me is an important role,” continued Lauren.

Lauren stressed Nemerov’s role is not diminished by Hermann’s appointment. “She [Nemerov] has a tremendous amount of people reporting to her. She’s always been involved with everything — Lauren, Polo, all of it. This [luxury] has not been her expertise. Has she done luxury, per se? No. She was very much a part of picking Valérie,” said Lauren. “We all work together. It’s a team effort.”

Asked whether there was a void he was trying to fill by bringing in someone with Hermann’s taste level, he said, “No. It has to do with business. I have a business here that I can build….I think it has so much more growth and potential, and it really needs its own thinking.”

Luxury represents about 75 percent of Ralph Lauren’s store at the Rhinelander Mansion at Madison Avenue and 72nd Street, which is entirely men’s wear. The women’s store across the street focuses on Ralph Lauren’s luxury offerings, such as Collection, Black Label, handbags, fine jewelry, footwear and accessories.

Lauren said that when the new 35,000-square-foot Polo flagship at 711 Fifth Avenue opens in September, it will house Polo women’s (recently renamed from Blue Label) and men’s products and will, in essence, signify the dividing line between Polo and his luxury businesses.

In Lauren’s opinion, luxury apparel and accessories are sold, nurtured and developed in different ways. “People who come out of luxury businesses think differently about product, and how they see it and service it. Different things go into building a luxury company,” said the designer, such as the way one builds a retail business.

Lauren acknowledged that luxury might not be the first thing that people think of when they think of Ralph Lauren.

“I’ve always stood for quality. If you ask what Ralph Lauren is, I would say quality and beautiful product. They [consumers] won’t say he makes beautiful handbags, but I think now they’re beginning to say, ‘I’m wearing the Ricky bag,’ or ‘I went and bought his jewelry or his watches,’” said Lauren. He said Purple Label in men’s is all hand-made in Italy, and “the quality is the ultimate…Polo makes beautiful suits and the wealthiest men wear Polo.”

The luxury customer, although she may shop online, still prefers the full service she gets shopping in a boutique, said Lauren.

“Some sales are done online, but a big part of luxury is going to be the experience of shopping and working in a specialized atmosphere. It’s walking in and seeing the world around you and service,” said Lauren.

The ceo said the goal is to open more Ralph Lauren luxury stores in the future, in China and throughout Europe. The company plans to open a 20,000-square-foot dual-gender Ralph Lauren store at Lee Gardens, an exclusive luxury shopping mall in Hong Kong, in late fall.

“The bulk of our business has been Polo and all the products, but the growth is in luxury,” said Lauren.