A runway show on Oct. 8 will kick off a two-year commitment to help restore and modernize the landmark fine arts school.

By Miles Socha and Lisa Lockwood on July 23, 2013
View Slideshow 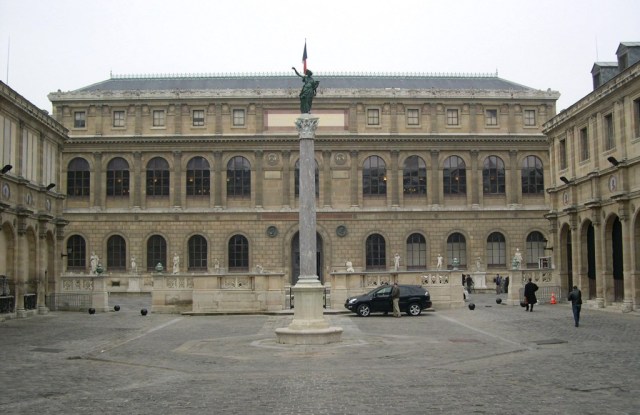 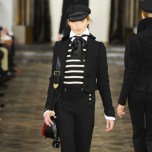 This story first appeared in the July 23, 2013 issue of WWD. Subscribe Today.

WWD has learned that the American fashion titan plans to stage a runway show here on Oct. 8, just after Paris Fashion Week, at the École Nationale Supérieure des Beaux-Arts, kicking off a two-year commitment to help restore and modernize the landmark fine arts school.

According to market sources, the project represents a financial commitment of several million dollars.

Lauren’s first showing on a European runway will spotlight his fall women’s collection, with the designer also hosting a gala dinner in the school’s picturesque cobblestoned courtyard.

Lauren plans to unveil his spring women’s collection on Sept. 12 during New York Fashion Week, in keeping with his usual show timing.

The École des Beaux-Arts, which has hosted an array of fashion shows and parties over the years, is a sprawling complex of buildings, mainly from the 17th, 18th and 19th centuries, prized for their elaborate frescoes, moldings and statuary. But much of the building and courtyard is in need of significant restoration.

The funds Ralph Lauren Corp. is providing are designated to restore the semicircular lecture theater at the heart of the school with its 90-foot Raphael-esque mural by Paul Delaroche. While preserving its period splendor, the amphitheater is to get improved stadium seating and the latest audio-visual equipment.

Lauren has also earmarked funds to modernize the school’s Web site with digital content, along with online classes, workshops and symposiums.

The restoration venture spotlights Lauren’s affection for Paris, home to his largest European store, which opened on nearby Boulevard Saint-Germain in 2010 in a painstakingly restored 17th-century town house. It also houses a sumptuous Ralph’s restaurant that in warm weather spreads to a leafy courtyard.

Lauren and his son David, executive vice president of advertising, marketing and corporate communication for Ralph Lauren Corp., were vacationing and not immediately available for comment.

In a 2011 interview, Lauren expressed his enthusiasm for the French capital, and didn’t rule out showing a collection on the Paris stage.

“It’s exciting to come here and bring my style and my flair. Paris has been very receptive,” he said at the time. “I feel I’m an international brand today. It’s been our goal to build an international business, with Paris and Europe. I have three stores in Paris now, and that won’t be the last.”

In 2010, then-president Nicolas Sarkozy decorated the designer as a Chevalier of the Legion of Honor for his commitment to the French cultural and business scene.

The designer certainly has a soft spot for heritage buildings and objects, evident in the Rhinelander Mansion that is home to his men’s-only store in New York City.

And in 1998, Lauren pledged $13 million to the Smithsonian Institution to preserve and display the “Star Spangled Banner,” the then-185-year-old flag that inspired America’s national anthem. The donation, said at the time to be the largest gift from a corporation ever received by the Smithsonian, kicked off Save America’s Treasures for the National Trust for Historic Preservation, part of the White House Millennium Program. The gift included $10 million for the conservation project and $3 million for educational and outreach programs over five years.