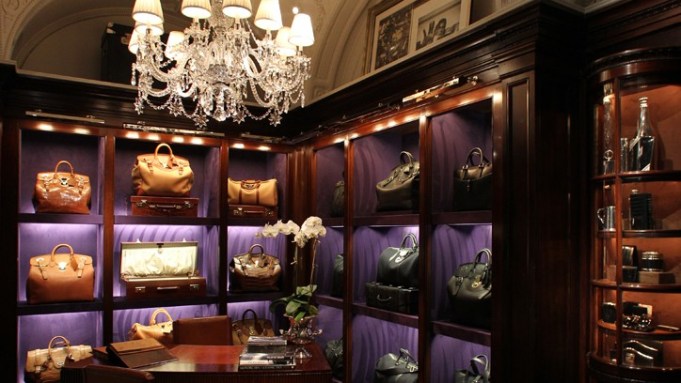 NEW YORK — The world of Ralph Lauren men’s wear has a new home.

Today, the designer will take the wraps off the Rhinelander Mansion, which has been converted to a men’s-only retail emporium. Women’s wear has been relocated and will share a newly constructed 40,000-square-foot home across the street, to be completed next month.

Although Polo Ralph Lauren Corp. has embraced digital platforms for selling and marketing product, it also continues to raise the bar for the in-store experience.

“There are many ways to purchase products now, and we work on them all,” said Ralph Lauren. “In retail, I think you want service, conversation, atmosphere, immediacy, attention. That’s what makes a great store. And that’s where we were aiming on every level. That will be our mantra for every store we build around the world.”

But for now, the focus is on men’s. Since the original Polo brand has branched into distinct subbrand concepts — each with its own aesthetic and its own expanding assortment of sportswear, tailored clothing, footwear and accessories — they all warranted dedicated environments within the Rhinelander, a Beaux Arts masterpiece at Madison Avenue and 72nd Street.

When the designer unveiled the original Rhinelander, it forever changed the landscape of New York retail and opened the industry’s eyes to the potential power of branded environments.

“It was 25 years ago that I built that store,” said Lauren. “To redo it and have a whole different dimension to it, and also to see what we’re doing across the street, feels quite amazing. With all the concepts, and the way it’s all put together, it is just what I wanted and visualized.”

With four stories and 20,000 square feet of selling space, the company doubled the space devoted to men’s, allowing each label to be dramatically expanded. From the original Polo line to the modern Ralph Lauren Black Label, the old-world luxury of Purple Label, vintage-inspired RRL and the sports-centric RLX, each label is housed in an environment that speaks to its particular niche.

As the brands grew, customers were frustrated that they were not able to see the entire collection in one place. “Customers wanted more assortment,” Fagan said. “And that’s another real benefit — they can now really see the full line.

“Ralph in no way wants to give up the tactile, genuine experience of a store,” Fagan added. “This is still the global flagship for us. It’s where we try out new ideas. Fans of the brand and fans of architecture flock here.”

Upon entering through the main double doors, the first category one encounters is fine watches, made in partnership with Compagnie Financière Richemont SA.

“It was important for the gentleman to walk in and see that level of product,” said Fagan.

On the same floor sits the Polo line, or what Fagan calls “the roots of the company.” There’s a “haberdashery” area with the iconic polo shirts, neckwear and cable-knit sweaters, and another Polo zone decorated like a hunting lodge, with antlers, snow shoes, fishing rods and a canoe suspended from the ceiling. The outdoorsy objects complement the alpine flavor of the current collection.

Fagan called the store a forerunner in “residential retailing” and, to wit, the interior materials are all residential grade, not commercial.

The second floor, which houses Purple Label, is “the most architecturally intact,” Fagan said. “The scale, glamour and details speak to having Purple Label on this floor.” There are separate rooms for sportswear, tailored clothing, dress furnishings and luggage, as well as expanded accessories offerings in the central landing.

And each room is uniquely decorated. The tailoring room features purple velvet drapes, a Prince of Wales tufted sofa and an arrangement of silver-handled canes.

The company has taken pains to elevate the service, and one of the cornerstones of that effort is customization. Each label offers made-to-measure tailoring. Within Purple Label, the company made a “real investment in the swatch count,” said Fagan, and expanded the available choices. A handmade suit starts at $8,000 and goes up to $60,000 depending on fabric. Custom ties — standard or sevenfold — and shirts with eight collar choices and French or barrel cuffs are also offered.

“Throughout the store, we’re emphasizing customization and personalization,” Fagan said.

There is a luggage department with a vast assortment of skins and monogramming choices on this floor, as well. “We just didn’t have the luxury of space to offer this before,” Fagan said. Purple Label sportswear has been significantly expanded in a room anchored by a purple-felt pool table.

The third floor, featuring lighter oak panels and white built-ins, is dedicated to the “world of heritage,” or the flagship Polo assortment with its traditional preppy items. There is an area dedicated to the company’s successful Create Your Own program. Customers can use a large touch screen in this room, or portable screens throughout the store, to place an order that will be completed on site in about 20 minutes.

The Polo tailoring room features brown leather club chairs and a brass chandelier. (Most furnishings in the store will be available for sale in the Ralph Lauren Home department across the street.)

A room housing RRL is constructed from all reclaimed elements, from the wooden floorboards to the vintage fixtures and catalogue-page wallpaper. “The inspiration is a turn-of-the-century room where everything was added,” Fagan said, pointing to the exposed pipes and electrical work. Western wear, denim, workwear and the new tailored element are all showcased here.

The company’s Black Label collection is housed on the fourth floor, where the feeling is more modern and sleek, thanks to automotive-racing references, blond and ebonized mahogany, polished chrome fixtures and leather-wrapped cantilevered shelves. “It’s a little more contemporary, but still within the mansion,” Fagan said.

Directly off the elevator is a room dedicated to sportswear, with a vintage Confederate motorcycle front and center. In the hallway is an eclectic assortment of playful yet manly items, such as a poker set in a leather case and an Oracle CD player.

Also on the fourth floor is one of the projects Lauren is most excited about: RLX, the company’s spa-weekend-activewear collection. And it is here that the designer has taken the Rhinelander from the past to the future: The line is displayed in a sleek, all-white space, complete with a poured acrylic floor and a floating LED ceiling.