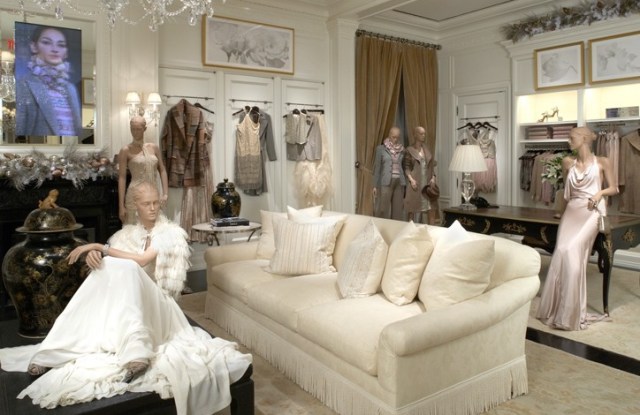 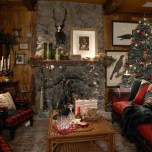 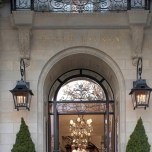 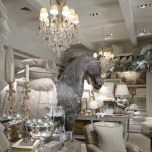 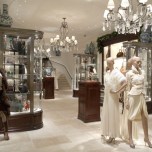 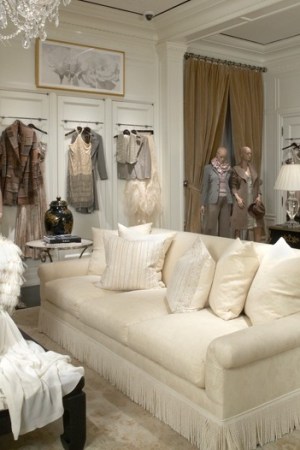 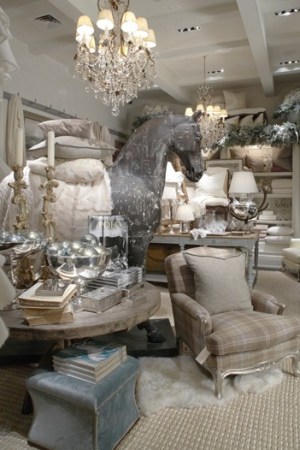 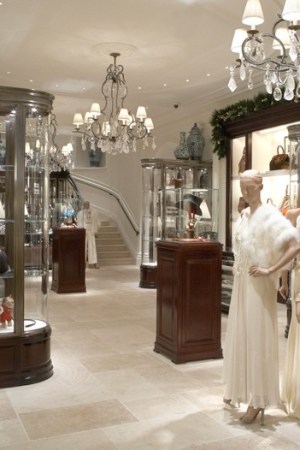 GREENWICH, Conn. — After an absence of more than a decade, Ralph Lauren is returning to Greenwich — and making quite an entrance.

Today, Lauren is opening a nearly 19,000-square-foot store on Greenwich Avenue with all the ingredients increasingly emblematic of the designer’s retail network. The store is housed inside a newly built structure with an imposing Beaux-Arts limestone facade, large arched windows and balconies; the residential-like interior has several smaller rooms and a grand staircase, and there is a noticeable spotlight on women’s apparel and accessories.

While the company declined to disclose the cost of the store, or sales projections, no expense appears to have been spared, even in this economy. From marble to moldings, lacquer and custom wallpaper, Lauren, who has a home in nearby Bedford, N.Y., was keen to bring his brand of luxury to the area. “The Greenwich community embodies a high level of sophistication, and this new store is a glamorous setting to showcase the breadth of our collections,” the designer said.

For the company, the store, at 265 Greenwich Avenue, represents another step in an ongoing retail evolution that led from Tokyo’s Omotesando in 2006 to Moscow in 2007, last fall’s openings on Avenue Montaigne in Paris and Robertson Boulevard in Los Angeles, and in the Dubai Mall in the United Arab Emirates last spring.

It will continue with stores in Gstaad, Switzerland, next month, St. Germain in Paris next spring, and the Beaux-Arts structure that is being erected across from the Rhinelander mansion on Madison Avenue to focus exclusively on women’s and home categories, with an opening slated for next fall.

“[The Greenwich store] represents our progression in a couple of different spheres,” Charles Fagan, Polo Ralph Lauren Corp.’s executive vice president of global retail brand development, explained during an exclusive walk-through of the space on Wednesday. “It dovetails what Ralph and Roger [Farah, Polo’s president and chief operating officer] have been talking about a lot in the last several years, which is our strategic mission of being direct-to-consumer, our focus on accessories, and the focus on international.

“It also represents a balancing of men’s and women’s,” he added. “This continues to balance the retail portfolio with more of an emphasis on women’s and accessories.”

“Ralph has been feeling the scale of the opportunity in women’s in general but particularly in this community,” Fagan said. “This is, quite possibly, in terms of nonurban markets around the globe, one of the most discerning, fashion savvy, affluent, fashion-perceptive consumers.”

The economy hasn’t put a damper on the store, which had been planned for several years and was timed to open before the holiday season.

“As we continue to expand our presence globally, Ralph approaches every new development as a long-term investment and creates environments that have relevance and longevity in each community,” Fagan said.

This isn’t Lauren’s first retail effort on Greenwich Avenue. In the early Nineties, the company had a smaller, licensed store on the street “which represented where we were in retail at the time, when we had a lot of licensed partners, before we took our stores back and started to grow our own portfolio,” Fagan said.

Since closing that store more than a decade ago, Lauren served his customers through a store in New Canaan, Conn., and a Rugby unit on Greenwich Avenue. Down the block, specialty store Richards sells Lauren’s Black Label for women, and will continue to do so now that Lauren has opened his own store.

According to Fagan, the designer was waiting for the right opportunity to reenter the Greenwich retail scene.

“Ralph was really waiting for the right spot on the street and the right scale,” Fagan said. “It’s been many years in the making.”

As for the interior, the store has two entrances — one leading into an accessory gallery, the other into the men’s area.

The accessories area offers the recently launched watches as well as a wide selection of leather goods, from runway products to luggage and the designer’s signature Ricky bag in multiple colors.

To the left and right of the entrance gallery are rooms devoted to Lauren’s different themes, with mannequin displays styled in a mix of Black Label and Blue Label with Collection touches. “There has been no editing of fashion here,” Fagan said. “The consumer is so sophisticated and so well-traveled here, and Ralph has felt really strongly about this for a long time.”

The men’s area can be accessed through a separate entrance and has an equestrian feel, with such features as a beamed ceiling and carriage lanterns. The line focuses on a more casual assortment. “Ralph really felt bullish about the women’s opportunity and the scale of the women’s opportunity,” he added. “We made the primary investment in women’s but the assortment in men’s really speaks to the guy who is here, short of dressing him for business. These are clothes to wear on the weekend or outdoors, with sweaters and great sport shirts.”

The second floor has an expansive women’s Collection salon featuring faded Persian rugs and an antique bureau with gilded mounts, and a shoe salon with wall panels with custom wallpaper with bird and trailing vine motifs culled from patterns in the home collection.

The adjacent home area features several decorated rooms, and offers a mix of custom and antique pieces sourced in London and Paris, and a local touch with works by Tramp artist Clifford Wallach, who is based in Greenwich. There is also a designated designer workspace for store executives to work directly with interior decorators on their selections of everything from window hardware to fabrics and skins.

The mix at the store could bring a lift to the overall area, which hasn’t been immune to the recession.

“I think any good retailers always help everyone,” said Linda Mitchell, a vice president of Connecticut-based Richards/Mitchells/Marshs. “It’s a bonus. With the Apple store opening this weekend, they both will bring traffic to Greenwich Avenue.”