The exhibit is filled with innovative fabric techniques, layering, colors and cultural inspirations. 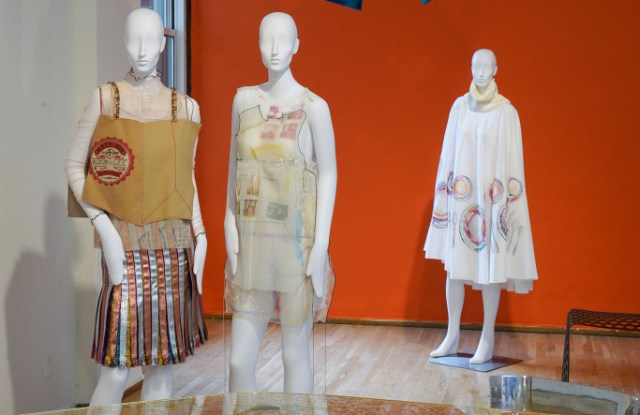 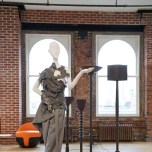 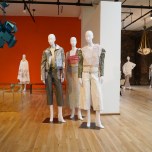 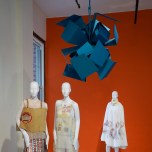 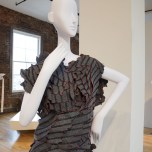 Three students from the Pratt Institute of Design are under the spotlight. Their senior thesis projects are being showcased at the Ralph Pucci International showroom, 44 West 18th Street, through Dec. 14.

“We are always looking for what’s new, what’s next,” said Ralph Pucci. “The kids are not afraid to take creative chances. Sometimes it works, sometimes it doesn’t. But the result is always fresh and original.”

Pucci, a member of the board of directors at Pratt, picked three of his favorite collections from last spring’s senior student show, to showcase on his new mannequins, for visual market week and for several days after.

Rachel Lee, 22, who lives in Brooklyn and now works at Gap Inc. in design, has eight mannequins at the Pucci showroom. “The concept for my thesis is based on my family,” Lee said. “They’re from New Orleans and I wanted to connect with the city. It’s all about color, humor and fun. My mom’s side of the family is from there. Last June, I went there to visit the old house where she grew up. It felt special to revive all these memories she had and now I have some of my own. The city is still rebuilding from Katrina, but it has the same energy it’s always had.”

She said she was inspired by interiors, architecture, fleur-de-lis, photos of the aftermath of Katrina, even her grandmother’s china, which she photographed, made into a screen print and drew on top of it to create what she called “a tablecloth dress.”

“It’s sophisticated play,” Minniti said of Lee’s collection. “She made use of graphic elements and text along with found photos combined with found materials, both conventional and unconventional. Her transparent layering, highlights the handwork and craft. She has a strong vision.”

Taliah Leslie, 23, who has worked in merchandising and lives in New Jersey, has nine looks displayed at Pucci. She said her inspiration for her senior project is based on immigration. “My family came from Panama. My grandparents came over in the Sixties.” Aside from drawing inspiration from her own family experience, she spoke with 15 immigrants who told her about their own odysseys. “I asked them to describe themselves, in a word, about what being an immigrant is like.”

Her technique involves laser-cut textiles fused to other fabrics, including one in the shape of Pakistan, and she is showing canvas-coated denim pants, with stripes and words such as “unafraid and resilient” that the people she interviewed conveyed. Her asymmetric draping and shapes, said Leslie, “represent the metaphorical baggage that they feel has been imposed upon them.” The draping, held up by straps and buckles, she said, are “a metaphor for carrying that burden with pride and grace.” Among her looks, a high turtleneck sweater, rib neck laser cut infused to a smaller gauge rib knit, with asymmetric draped pant.

Jessica Stahl, who is showing eight looks, “created original Fair Isle knit patterns using punch cards for fully fashioned knit originals while programming her own jacquard knit on the Shima Seiki SSR112 power knit machine,” Minniti said. “In addition, she used the Hand Flat Silver Reed knitting machine. The use of both traditional techniques, along with the latest and most sophisticated technology on the market, resulted in a spectacular combination of textures and colors.”

“My thesis work was inspired by mid-century design and domestic craft, specifically interior decoration,” said Stahl. “Through my designs I wanted to convey a feeling of family nostalgia and comfort. I am primarily a knitwear designer that uses knitting techniques, such as fair-isles, to create an emphasis on color and pattern throughout my designs.”