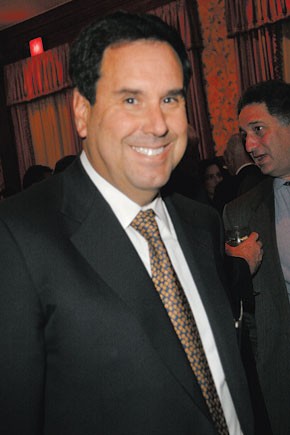 Luxury is hitting some speed bumps.

On Wednesday, Saks Inc. and Neiman Marcus Group reported healthy quarters, but the U.S.’ top two luxury chains admitted they’re feeling the recession, with slowdowns in shopper traffic. February same-store sales rose 3.4 percent at Saks, but fell 7.3 percent at Neiman’s, some of which the Dallas-based retailer attributed to a shift in promotions back to January.

“This is not an easy environment,” Stephen I. Sadove, Saks’ chairman and chief executive officer, told WWD. “We know that there are tough economic headwinds, but we are staying the course strategically, being prudent in terms of growth expectations and inventory, in terms of managing it tightly. We feel very good about our strategies and direction.”

Neiman’s chairman and ceo Burt Tansky echoed the same theme on a conference call Wednesday: “As we all know, the entire U.S. retail sector has seen sales growth diminish somewhat, and this slowdown has affected some parts of the luxury market. Our sense is that the aspirational customer has pulled back somewhat in response to concerns about the U.S. economy in stock and housing markets. However, this aspirational customer appreciates quality and can be expected to buy more as the economy improves. Nevertheless, we feel confident that the pure luxury customer, the affluent to the very affluent, will continue to demand only the finest.”

As for the numbers, Saks said fourth-quarter net leaped 83.4 percent to $39.5 million, or 26 cents a diluted share, for the period ended Feb. 2. That compares with a net of $21.5 million, or 16 cents a share, in the year-ago quarter. Sales rose 4.7 percent to $999.7 million, from $955 million, and 9 percent on a comp-store basis. The company was abetted by special gains amounting to $10.4 million, or 7 cents a share, including $8.1 million from an insurance settlement on its former New Orleans store, which was damaged by Hurricane Katrina. Saks later reopened in the city.

In the current environment, both chains are wrestling to bring down inventories bought too aggressively last year. The retailers said those inventory issues should be resolved by midyear, and cited continued strength in higher-priced merchandise that’s special, and has an element of exclusivity and color.

l Comp gains from localized merchandising were solid and there was a sharper focus on hot items and exclusives.

l There was stronger marketing, including the launch of 10022-Shoe, the new shoe floor.

Tourism also helped, most noticeably at the Fifth Avenue flagship. Saks has an 8 percent operating margin goal, but not a specific time frame for achieving it.

“We are continuing on the path we embarked on a year and a half ago in terms of focusing on improving our merchandise assortment, putting in vendor shops and improving the productivity of our store base,” Sadove said. “We made a lot of progress in 2007. But we’ve got a long way to go and a lot of catching up to do.”

The store’s agenda for 2008 includes a reinvention of the bridge business; continued collaborations with Kurt Salmon Associates on equipping associates with stronger selling techniques and forming a new planning and buying organizational structure; developing a marketing handle for beauty inspired by the 10022-Shoe department, and coordinating marketing activities along the lines of the nine-box grid that helps Saks tailor assortments per door by defining customer types and lifestyles. Elements of the 10022-Shoe concept, involving increased square footage and higher grade offerings, will be implemented at stores in Beverly Hills; Houston; Phoenix; San Francisco; South Coast Plaza in Costa Mesa, Calif., and Miami.

Main-floor renovations are set for stores in Houston and Miami’s Dadeland, on top of those being finished at the Boston and Naples, Fla., units, and at the Fifth Avenue flagship. “We will be touching six out of the 10 floors,” Sadove said, with renovations of varying degrees, including handbag shops on one, a Kitson shop in men’s and a complete redo of the third-level designer floor over time.

“We are again investing in the store base,” Sadove continued, noting that $140 million in capital was spent last year and $125 million is earmarked for this year.

At Neiman’s, “it was a good quarter in a very difficult period,” Tansky said. “Our profit performance continues to be very strong. The external situation continues to be rather uncertain. It’s a very challenging period and how long it will last, I have no idea. Almost every retailer reporting is seeing some softening.”

He said Neiman’s customers do seem to be “pulling the horns in,” though he stressed, “there’s no trading down.”

Tansky said his team is “dedicated to getting the inventories down relative to sales trends,” and has been examining “every opportunity” to cut costs.

Currently, Neiman’s is buying for August, September and October selling. “We are certainly being more conservative in the way we look forward in the business,” Tansky said.

The executive also revealed that Cusp, the group’s fledgling contemporary retail division with four doors, is entering a new growth phase, with four to six additional stores opening over the next 12 to 15 months.

“We want to take it to the next phase,” Tansky said. Also, on tap: a Cusp Web site.

Meanwhile, the rollout of full-line Neiman’s stores keeps going, with five set through 2011, and renovations are proceeding. Much of Bergdorf Goodman’s main floor will be remodeled to increase jewelry selling space. The opening in the floor created 10 years ago to draw shoppers down to the beauty floor will be covered. Men’s store redos are planned, and the Atlanta Neiman’s is undergoing a major remodel.

In the quarter, Neiman Marcus stores had a 2.6 percent comp increase, while Bergdorf’s sales were up 8.4 percent. Designer handbags, shoes, men’s apparel, beauty, precious jewelry and men’s shoes were the best-selling categories.

Operating earnings at the Neiman’s and Bergdorf’s stores combined were $128 million in the quarter, compared with $122 million in the prior year, a 5 percent increase. Operating margins were flat.

At Neiman Marcus Direct, sales for the quarter were $230 million, a 5.2 percent gain.

Saks’ Sadove characterized his firm’s 9 percent comp growth last quarter as being “among the very best in the industry” on top of a 9.9 percent growth in the year-ago period.

“Our comp-store sales grew nearly 11 percent in the five-month period between August and December 2007,” he said. “However, sales momentum began slowing in the latter part of the fourth quarter, as evidenced by our 4.1 percent and 3.4 percent comp-store sales increases reported in January and February, respectively. Sales increases in several of our previously high-growth-rate businesses, such as handbags, footwear and men’s, have slowed somewhat.

“As expected, the more challenging promotional and overall macroeconomic environment that we began to experience in the third quarter continued throughout the fourth quarter and put pressure on our merchandise margins, particularly in the women’s bridge apparel area,” he continued. “In addition, while our key promotional events, such as our double point and electronic gift card event ,were essentially the same year-over-year, our customers shifted more of their spending to these events, causing some additional pressure on merchandise margins.”

He cited “outsized growth” in handbags, women’s shoes, men’s apparel, accessories and shoes, and an outstanding year for the flagship.

Internet sales for the quarter were $180 million, up almost 16 percent, though there was a decline in catalogue sales.

Ron Frasch, president and chief merchandising officer of Saks, cited a “reinvention of bridge” this year. “Women’s bridge, a good range of product, remains an important component of our balanced assortments. We began to see the decline of this business over the back half of ’07. Some of this weakness was related to the economy, and, I also believe…to a lack of fashion and to the uncertainty of the vendor matrix, related in part to the Liz Claiborne divestiture process.”

The reinvention of bridge will include different vendors, new store design concepts and a new marketing approach. Also, Rip Clothes, a private brand, will be reintroduced.

Frasch also said, “We will continue to distort our growth businesses of footwear, handbags and men’s, with an added emphasis on our cosmetics and beauty areas of business. We believe there is great growth potential with our beauty business that can be exploited by improving store design, improving our product differentiation, developing innovative marketing and selling programs and a better utilization of our [customer relationship management] capabilities to maximize market share.”