The new design will next be rolled out to the brand's store opening in London in September.

By Alessandra Turra on May 18, 2016
View Slideshow 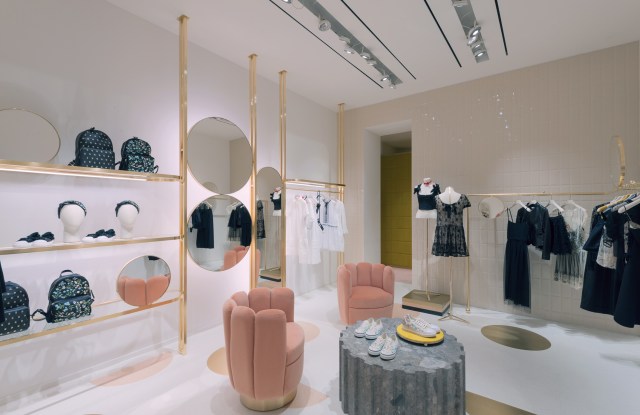 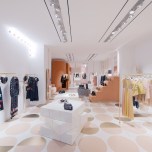 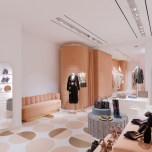 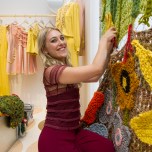 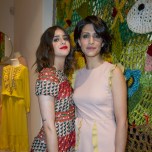 ROME — Red Valentino on Wednesday unveiled a new store concept at its flagship here on Via del Babuino.

“This is a historic location for the brand, which opened its first boutique here about 14 years ago,” said Red Valentino creative director Pierpaolo Piccioli, who attended the in-store opening party with his colleague Maria Grazia Chiuri.

The 1,936-square-foot space has been completely redesigned by Paris-based architect India Mahdavi, who injected in the store a feminine mood peppered with unexpected touches. The new concept will next be rolled out to the Red Valentino boutique opening on London’s Sloane Street in September.

“The idea was to re-create a sort of sitting room, where girlfriends can meet in a very relaxed and cozy atmosphere,” Chiuri said. “The concept of exchange is key for the brand — we think of the Red Valentino girl as a very international young woman who likes to mix and match, customize clothes and play with her style.”

Featuring walls with a juxtaposition of pink and white, the boutique features a marble floor embellished with rounded metallic inserts.

“Softness and femininity are the core of the project and the round shape perfectly communicate the message,” said Mahdavi, who also chose curvy armchairs and poufs, as well as rounded mirrors and circular stone displays. “The idea behind the project was to design a dream for the Red Valentino girl, who is romantic; she is an eccentric dreamer, she is young, eclectic and sometimes naughty.”

“We wanted a warm environment, which could clearly differentiate from the Valentino store concept designed by [David] Chipperfield that is kind of monumental,” said Piccioli, who also highlighted how the store incorporates different elements. “There is the idea of the high and low combined together — you have marble next to tiles,” he added, referring to the white walls in tiles, which are velvet in the dressing rooms.

Chiuri put the focus on the specific location of the boutique. “The fact that this store is on Via del Babuino, next to Via Margutta and Piazza del Popolo, a district populated by artists and their ateliers and galleries, is very important for the brand, which features a high dose of creativity,” she said.

In keeping with this vision, Red Valentino teamed with two creative minds, New York-based artist London Kaye and British singer Birdy, to celebrate the launch of the store concept.

Kaye realized a special street installation for the event. Known for her creations crafted from yarns, she covered some street lamps located in the area around the store with multicolor crochet artworks. Birdy held a live performance at Rome’s Teatro Quirinetta.

Birdy, who appears in the brand’s spring 2016 advertising campaign, on Tuesday shot the new Red Valentino ads to hit international magazines at the end of the month.

“We didn’t actually hire a fashion photographer, but Olivia Bee, who always works with Birdy, filmed a video of her singing and we will use some of the frames as pictures for the campaign,” Piccioli said. “We took this approach because we are more interested in showing her individuality than her body.”

“The video was filmed in a beautiful villa outside Rome at night and the mood is really enchanted and dreamy, as Birdy’s music,” Chiuri said.

Birdy said “the image of the brand is really connected with my music, which is romantic and dreamy. I really don’t know much about fashion, but I think that this is definitely a good match.”

The store opening marked the singer’s first time in Rome; she will start her U.S. tour next month. “Then I’ll go to Asia for the first time and in autumn I’ll start a tour in Europe,” she said.